A suspected spy from Rajasthan who was allegedly sharing photographs and details of vital installations in Bengaluru with his handlers in the Pakistani intelligence agency, Inter-Services Intelligence, has been arrested, the police said. 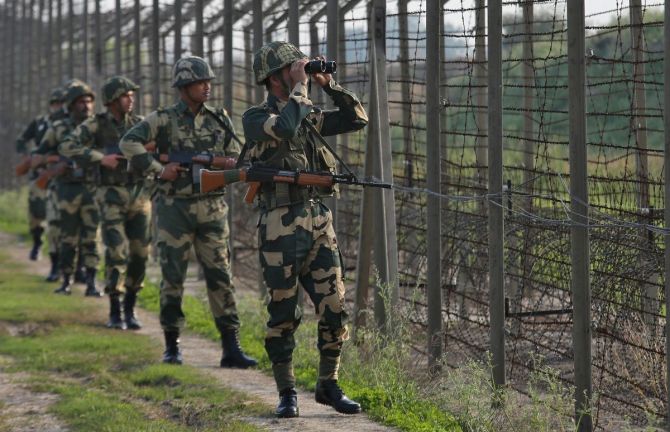 Jitender Singh was taken into custody from Jolly Mohalla in Cottonpet in Bengaluru on Sunday in a joint operation by the Southern Command Military Intelligence, Bengaluru, and the Central Crime Branch of Bengaluru, police sources said.

The suspect, who hails from Barmer, Rajasthan, worked as a garment seller in Bengaluru, they added.

"He was in communication with his Pakistan-based handlers (ISI). He used to text them, make audio and video calls to them. He had shared photos and details of the vital installations and carried out reconnaissance of army posts near international border and in Bengaluru at the behest his masters across the border," they said.

The police found a captain's uniform in his possession, which he used for impersonating himself as an army officer to carry out these tasks, said the police.

According to them, he had provided photographs of the Barmer military station and reported movement of military vehicles from that area to his handlers across the border.