Sachin Pilot and 18 other dissident Congress MLAs got another reprieve Tuesday with the Rajasthan high court putting off its order on their petitions for three days and the Speaker also agreeing to defer any action till then. 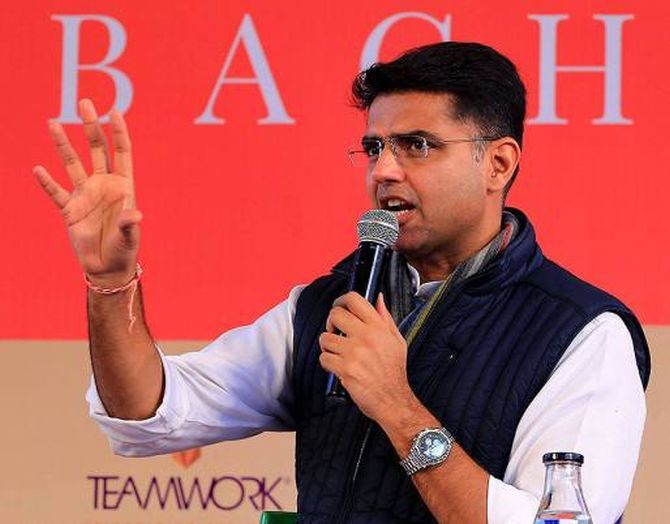 The division bench completed the hearing of arguments and said it will pronounce its order on Friday, requesting the Speaker too to extend his deadline for accepting the MLAs replies to the notices.

The notices had followed a Congress complaint that the 19 MLAs should be disqualified from the assembly for defying a party whip.

While the bench was winding up its proceedings for the day, Chief Minister Ashok Gehlot addressed party MLAs at a Congress Legislature Party (CLP) meeting, where he accused the dissidents of 'treachery'.

This was the third CLP meeting called by Gehlot in about a week as he tussles for power with his now sacked deputy Sachin Pilot.

The CLP meeting, which again expressed confidence in Gehlot's leadership, was held at Fairmont hotel on the outskirts of the state capital where MLAs loyal to him are holed up.

Meanwhile, Pilot acted on his threat to take Giriraj Singh Malinga to court for alleging that he offered money to the Congress MLA to join the Bharatiya Janata Party.

A message on the WhatsApp group run on behalf of Pilot said he has served the MLA with a legal notice for the 'false and malicious statement' made to the press.

The dissident MLAs have challenged the disqualification notices from the Speaker, moving court last Friday. The division bench of Chief Justice Indrajit Mahanty and Prakash Gupta also heard the case on Monday and Tuesday.

Both sides concluded their arguments on Tuesday and all parties were asked to file written submissions by next Friday.

"The court will now pass appropriate orders on July 24. The Speaker was also requested to defer action on the notices till Friday," the counsel for the Speaker told reporters.

Speaker C P Joshi has twice before deferred his deadline for action on the notices as the court proceedings continued beyond the expected time.

The last time, on Friday, the MLAs were asked to give their replies by 5.30 pm on Tuesday evening, a deadline which has again been extended.

The Speaker's counsel indicated to reporters that this was being done in the spirit of 'mutual respect' between the two institutions.

The ruling party in Rajasthan had complained to the Speaker that the MLAs had defied a whip to attend two Congress Legislature Party meetings, on Monday and Tuesday last week.

The Pilot camp, however, argued that a party whip applies only when the assembly is in session.

The dissidents also argued that they had no plans to quit the party and only wanted a change in its Rajasthan leadership.

At the CLP meeting, Gehlot targeted Pilot, who was also removed as the Pradesh Congress Committee president after he rebelled against the chief minister.

Without naming him, Gehlot said while the Rajasthan government fought the coronavirus crisis, the state Congress president and a few other MLAs were hatching a 'conspiracy' with the BJP to topple it.

"Those betraying the party will not be able to show their faces in public," he said, according to a statement issued by the party.

He said his government is strong and stable and will continue to serve the people of the state for its full term.

Truth will prevail and the state government will emerge victorious, he said.

The Communist Party of India-Marxist, which has two MLAs, has said it will take a call when a floor test in the assembly is announced, but is expected to vote with Gehlot.

Pilot has been upset since the Congress picked Gehlot over him for the chief minister's post, following the December 2018 assembly elections. 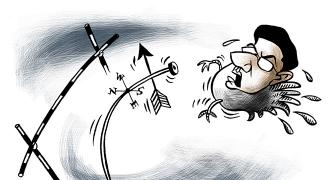