Rahul kicks off Lok Sabha polls campaign in UP 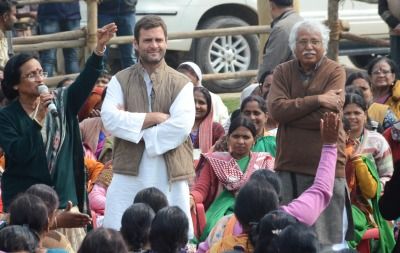 Gandhi arrived at the state capital on Friday morning and held an "off-the-record" interaction with editors and bureau chiefs of various media organisations.

Later, he met aanganwadi workers and women self-help group members at a village on the outskirts of the state capital. During the meeting, he laid stress on women empowerment and promised to take up their problems.

After the meeting, the Congress member of Parliament left for the Deva Sharif dargah in Barabanki where he offered a 'chadar'. During the 2009 elections campaign too, Gandhi were to visit the dargah, but had to change his plans due to some undisclosed reasons.

On the route to the dargah, Gandhi was accorded warm welcome at Mati and Gopalpur by activists of Congress' youth and student wings.

During the road show along with local MP P L Punia, party workers and locals showered flowers on him. Excitement was visible, especially in Barabanki town where youths gathered on both sides of the road to get a glimpse of the Congress scion.

At the railway station road and Lucknow-Faizabad road, Gram Rojgar Welfare Association and MNREGS Technical Assistant Welfare Association complained to him about non-payment of their honorarium. Gandhi received their memorandum, and assured them of necessary action.

In the Lajpatnagar locality, a Sikh dominated area in Barabanki city, some people tried to tie a turban on him but when they failed to do so due to security reasons, he took it and put it around his neck amid cheers. 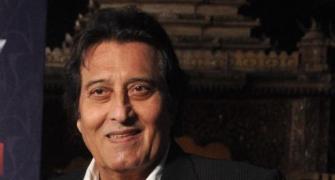 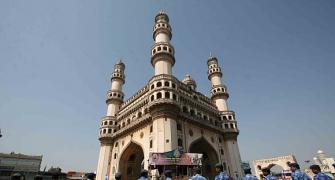 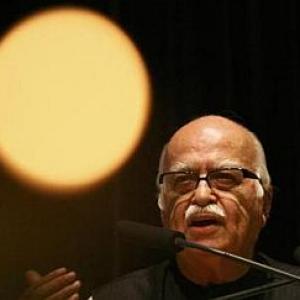 Congress will be wiped out in polls for its 'sins': Modi