News
Business
Movies
Sports
Cricket
Get Ahead
Money Tips
Shopping
Sign in  |  Create a Rediffmail account
Rediff.com  » News » Rahul Gandhi gets his AICC team in time for the elections

Rahul Gandhi gets his AICC team in time for the elections 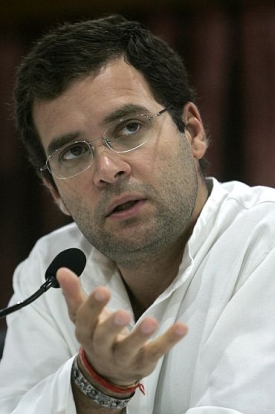 Congress Vice President Rahul Gandhi’s imprint was clearly visible in the organisational changes announced by the Congress on Sunday.

The new team, which will lead the party into the 2014 Lok Sabha elections, had a mix of young and experienced leaders and was aptly  described by a senior Congress office-bearer as an exercise in continuity and change.

This was clearly evident from the appointment of 49-year-old Ajay Maken as All India Congress Committee general secretary and the rehabilitation of senior leader Ambika Soni who had been sitting out since her resignation from the government last October ahead of a Cabinet reshuffle.

Maken, who relinquished his ministerial responsibilities on Saturday night, has also got the highly coveted job of heading the party’s media department, now renamed as the communications department.

Maken was clearly picked for this task because the party wanted to project a young face. As communication department chief, Maken will now have greater visibility in the media, which will also help in his projection in the year-end Delhi assembly elections.

Maken’s appointment is a measure of the confidence reposed in him by Rahul Gandhi. The communication department has been identified as being crucial in the party’s election campaign. It has been felt for long that the credibility of the party and the United Progressive Alliance government had taken a knocking because they had not been able to communicate their achievements and point of view to the people.

A special committee on publicity and communications, headed by AICC general secretary Digvijaya Singh, had suggested that the media department be revamped which should respond swiftly and effectively to developments. It had also recommended a greater use of social media to connect to the youth and more synergy between the AICC headquarters and its state and district units. The changes on Sunday clearly flow from the recommendations of this report submitted to Rahul Gandhi earlier this year.

Besides Maken, other general secretaries who are said to be Rahul Gandhi’s personal choices include C P Joshi, who resigned from the government on Sunday morning, Mohan Prakash and Madhusudan Mistry.

A preponderance of the 42 AICC secretaries named today, have also been handpicked by the party vice-president. Mistry’s proximity to Rahul Gandhi is evident from the fact that he has been given charge of the crucial state of Uttar Pradesh and the Central Election Committee.

Ambika Soni’s return to the Congress fold after her ministerial stint in the UPA government is a signal that the party wants its experienced hands on deck ahead of next year’s crucial general election. Soni is a quintessential organisational hand who has been incharge of virtually all states and is a recognised face with party workers. She had been a key strategist in the 2004 elections.

Once a key member of Sonia Gandhi’s inner team, she was subsequently marginalised as she became a victim of power play in the Congress. Soni will not only be in charge of Himachal Pradesh and Jammu and Kashmir but she has also been entrusted with the responsibility of the Congress President’s Office. This is a key position as it will give her an opportunity to work closely with party president Sonia Gandhi. It will also mean that Soni will be involved in strategising for the next elections.

Besides Ambika Soni, other senior leaders who are in the new team include Motilal Vora who continues as AICC treasuer, Ahmed Patel who retains his position as political secretary to the Congress president, Janardan Dwivedi, Digvijaya Singh and Mukul Wasnik.

Oscar Fernandes, Vilas Muttamwar, Ghulam Nabi Azad and Birender Singh have been dropped as general secretaries. Azad, who heads the health ministry and was also looking after Tamil Nadu and Andhra Pradesh, wanted to be relieved of his party responsibilities. Muttemwar, a eight-time MP from Nagpur, could be accommodated in the Council of Ministers that is slated to be reshuffled on Monday.

In a special effort to ensure harmony in the party, the Congress president has accommodated several senior leaders as special invitees to the party’s working committee. These include senior party leader Mohsina Kidwai, who resigned as AICC general secretary three days ago, Amarinder Singh, who was dethroned as Punjab Congress chief, Murli Deora and S M Krishna, who lost their ministerial posts, and Oscar Fernandes who was dropped as party general secretary.

Now that the organisational changes have been finalised, the focus will shift to the Cabinet reshuffle which is slated to take place on Monday evening.  While new vacancies were created by the resignations of Ajay Maken and C P Joshi, other ministerial slots fell vacant following the exit of P K Bansal and Ashwani Kumar  as well as the departure of the DMK and the Trinamool Congress.

The names being mentioned as their replacements include GirijaVyas and Mohsina Kidwai. A number of junior ministers are also likely to be appointed. Here preference is expected to be given to MPs from states going to the elections. 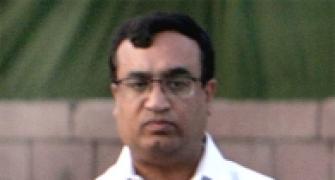 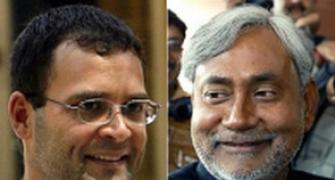 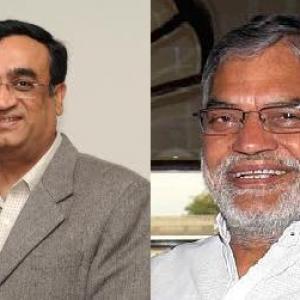 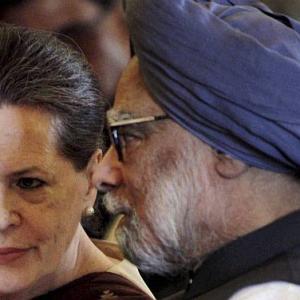