Rahul, Congress candidates to pray at Golden Temple on Thursday

Congress leader Rahul Gandhi and all 117 party candidates in Punjab will pay obeisance at the Golden Temple and sit down for a langar on Thursday. 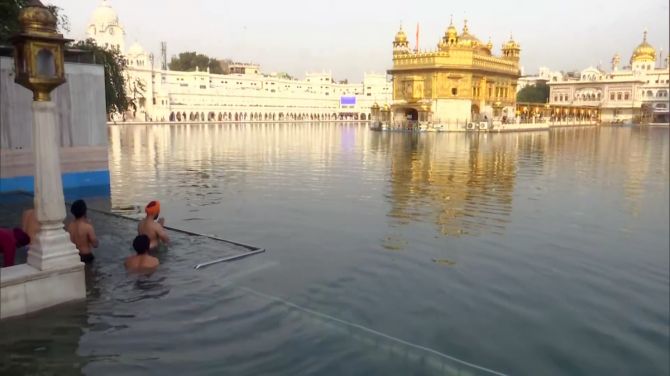 Later in the day, Gandhi will address a virtual rally of the party from Jalandhar's Mithapur.

The Congress till now has announced 86 candidates and expected to declare other names soon.

According to the party, the former Congress chief will reach Amritsar from Delhi on Thursday morning.

After reaching Amritsar, he will be paying obeisance at the Golden Temple and partook of the langar along with 117 candidates of the party.

He will also pay obeisance at the Durgiana temple and Bhagwan Valmiki Tirath Sthal.

In the afternoon, Rahul will reach Jalandhar, over 100 km away from Amritsar.

Later in the day at Jalandhar's Mithapur, Rahul Gandhi will address the "Punjab Fateh" virtual rally before returning to Delhi in the evening.

The Election Commission on Saturday extended the ban on physical rallies and roadshows till January 31.

Punjab will go to the polls on February 20 and Rahul Gandhi's visit is expected to give a boost to the party's poll campaign.