Within weeks of his elevation to the post of party vice-president, Congress Member of Parliament Rahul Gandhi has been termed as the prime ministerial candidate by Union minister Beni Prasad Verma, who says there is no comparison between the Gandhi scion and Narendra Modi, as the former is a "national leader".

"My prime ministerial candidate is Rahul Gandhi, Congress will decide (on the issue) when it has to. I have been saying this openly for past two years," Verma said.

Amid speculation that the Gujarat chief minister may spearhead the Bharatiya Janata Party’s campaign in the 2014 polls, Verma brushed aside any comparison between Rahul and Modi, saying only Rahul "has the ability to run the country" and "people like Modi cannot run it".

"Rahul is the leader of the country. He has travelled the length and breadth of the country and has his own organisation of youth and National Student’s Union of India in every state. Modi is the chief minister of a state. Only Rahul has the ability to run the country. People like Modi cannot run it," he said.

When asked about Modi's third successive victory in Gujarat and the Congress's failure in Uttar Pradesh and Bihar under Rahul, Verma said Congress leaders like Jawaharlal Nehru, Indira Gandhi and Rajiv Gandhi ruled the country for over four decades.

Verma said while Rahul thinks for the country's poor, backward and minorities, Modi works with a bias against minorities and leaders like him should not come to power.

On being asked whether the Congress will reach the figure of 60 out of 80 Lok Sabha seats in Uttar Pradesh, the minister said he will not "stake claims as made by Samajwadi Party supremo Mulayam Singh Yadav".

Acknowledging that the party committed a few mistakes which cost it the UP assembly polls, Verma claimed the Congress-led United Progressive Alliance will again return to power at the Centre.

When asked why the people will vote for the Congress in spite of the corruption and inflation, Verma said the party will approach voters with a vision to take the country forward, besides several measures for the benefit of farmers and people from the weaker sections of society. 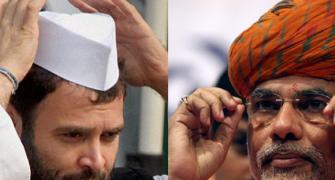 Rahul Gandhi vs Narendra Modi: It's a no-contest
War of words heats up as Modi takes on Rahul 'baba' 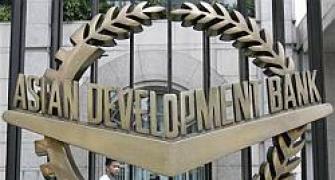 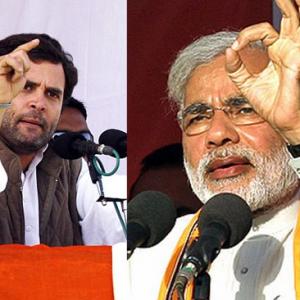 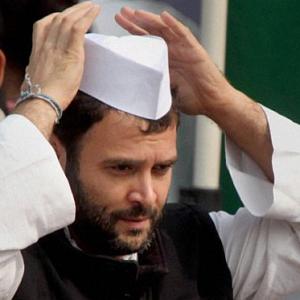