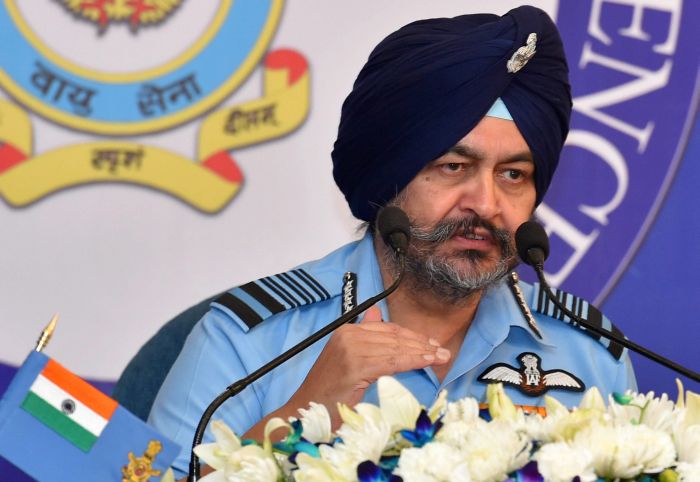 In recognition of the unrelenting backing for the Rafale deal of Air Chief Marshal B S Dhanoa (retd), the Indian Air Force has decided to put tail numbers in 30 Rafale jets with 'BS' initials.

The political controversy relating to purchase of 36 Rafale jets from French aerospace major Dassault Aviation for the IAF at a cost of Rs 59,000 crore peaked during Dhanoa's tenure as chief of the air staff and he had stoutly defended the deal.

"All the Rafale fighter jets barring the trainer ones will carry 'BS' in the tail number. This is our way of thanking the former IAF chief for the role he played to get us the jets," a senior IAF official told PTI.

Air Chief Marshal Dhanoa (retd), who retired in September after a tenure of 41 years in the IAF, strongly maintained that the deal was clean and that the force needed the jets to significantly enhance its combat capabilities.

The Rafale jets will have the most advanced weapons package comprising Meteor and Scalp missiles which will provide the IAF deep strike capability and air dominance in the region.

Three Rafale jets have already been handed over to India and they are being used to train IAF pilots and technicians in France.

Defence Minister Rajnath Singh received the first Rafale jet at an air base in France on October 8.

The first batch of four Rafale aircraft will arrive in India by May 2020.

European missile maker MBDA's Meteor beyond visual range air-to-air missile and Scalp cruise missile will be the mainstay of the weapons package of the Rafale jets.

Meteor is a next generation of BVR air-to-air missile (BVRAAM) designed to revolutionise air-to-air combat.

The weapon has been developed by MBDA to combat common threats facing the UK, Germany, Italy, France, Spain and Sweden.

Guided by an advanced active radar seeker, Meteor provides all weather capability to engage a wide variety of targets from fast jets to small unmanned aerial vehicles and cruise missiles.

The scalp is an air-launched long range deep strike missile, designed to deal with pre-planned attacks against high value fixed or stationary targets. Scalp has been part of the UK's Royal Air Force and the French Air Force and was used in the Gulf War.

India had inked an inter-governmental agreement with France in September, 2016, for procurement of 36 Rafale fighter jets at a cost of around Rs 59,000 crore.

The Congress raised several questions about the deal, including on rates of the aircraft, and alleged corruption but the government had rejected the charges.