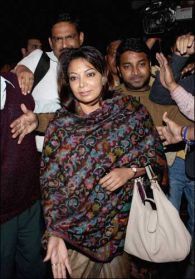 A PE looking into alleged irregularities in the allotment of iron ore mines at Ankua, Singhbhum district of Jharkhand to Tata steel has been initiated, CBI sources said, adding Koda, who is out on bail in a corruption case, and unknown officials of Jharkhand government have been named as accused.

Tata Steel spokesperson said it was too early to respond.

The sources said another PE has been registered against the then Directorate General of Hydrocarbons V K Sibal, RIL and other unknown persons in connection with alleged favours shown by the DGH to RIL and the quid-pro-quo.

Sibal did not respond to messages seeking his reaction.

A PE has also been started in connection with alleged working of touts and middlemen and kickbacks in the aviation sector in against Radia, Ramesh Nambiar, a former Air India official, Deepak Talwar and unknown officials of Ministry of Civil Aviation.

Another PE has also been intiated against Radia into alleged market manipulation and hammering of stocks of Unitech.

Unitech spokesperson said,"We are pleased to learn that Supreme Court has ordered a CBI enquiry into hammering of stock of Unitech. In October 2008, widespread malicious rumours were being spread about the financial health of our company, possibly by the bear cartels or market operators who had vested interest in making short term gains."

"We are thankful to the Court for ordering enquiry now into this matter which has caused great monetary as well as reputation loss to us," the Unitech spokesperson said.

CBI has also started a probe into the matter related to supply of low floor buses by Tata Motors to Government of Tamil Nadu under Jawaharlal Nehru National Urban Renewal Mission scheme, the CBI sources said.

"The matter is sub-judice. Hence we cannot comment on any specifics. Suffice it to say, we will offer full cooperation in any inquiry by any government agency," Tata Motors spokesperson has said.

A Chartered Accountant Rajiv Gupta, unknown public servants and private persons have been named in a PE for alleged criminal misconduct in respect of surveys and raids conducted by Income Tax department, the sources said.

Another enquiry related to payment of illegal gratification paid to IT officials to get the works done has also been initiated against unknown public servants and private persons, they said.

A Supreme Court bench headed by Justice G S Singhvi had identified 23 issues which were framed by an apex court-appointed team on the analysis of the tapped conversations of Radia with bureaucrats, politicians, corporate tycoons and scribes. It then ordered a CBI probe into 14 issues last week.

The bench said, "The subjects mentioned...are prima facie indicative of deep rooted malaise in the system of which advantage has been taken by private enterprises in collaboration/connivance with the Government officers and others.

"The conversations between Niira Radia and her associates with various persons suggests that unscrupulous elements have used corrupt means to secure favours from the government officers, who appear to have acted for extraneous considerations".