A team of women daredevils from the Border Security Force on Wednesday got the adrenaline rushing as they performed gravity-defying motorcycle stunts on Rajpath during the Republic Day parade. 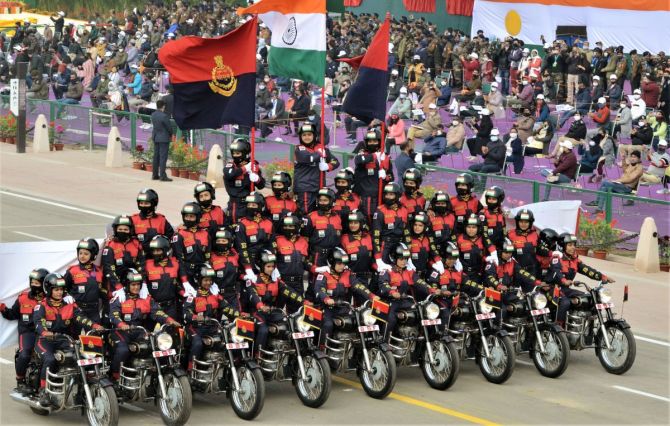 They also sent out a message of girl education and women empowerment.

The 'Seema Bhawani' motorcycle team received applause and appreciation from the spectators, including several Union ministers and other dignitaries present at the venue, many of whom gave the women troupe a standing ovation. 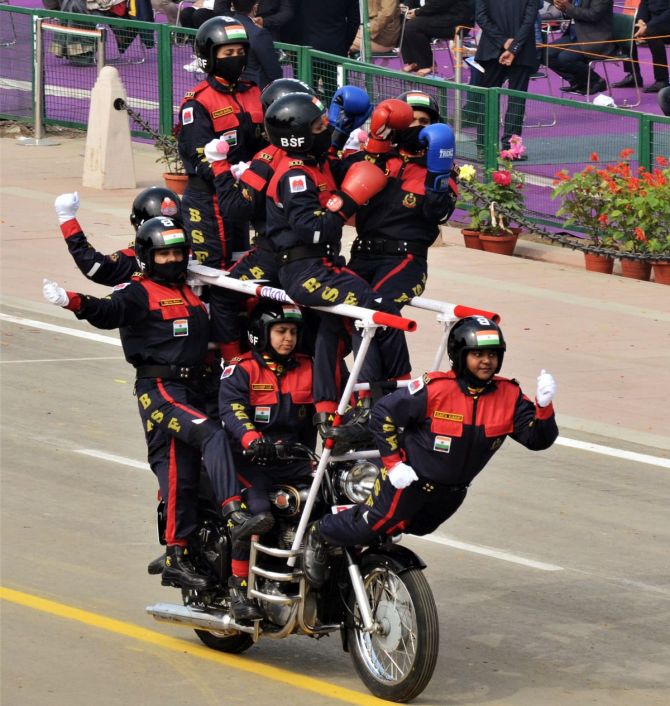 The segment began with a member giving a salute to President Ram Nath Kovind while precariously riding a motorcycle. 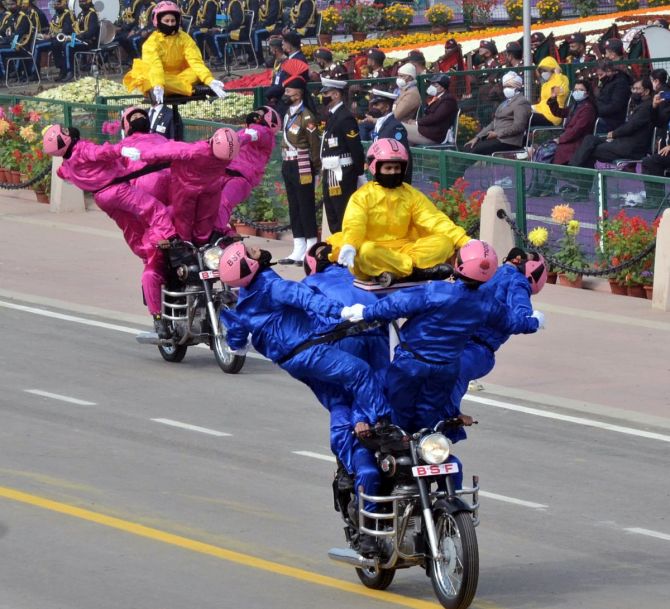 She was followed by her colleague, who rode a motorcycle sitting backward and holding a placard that read 'Beti Bachaao, Beti Padhao'. 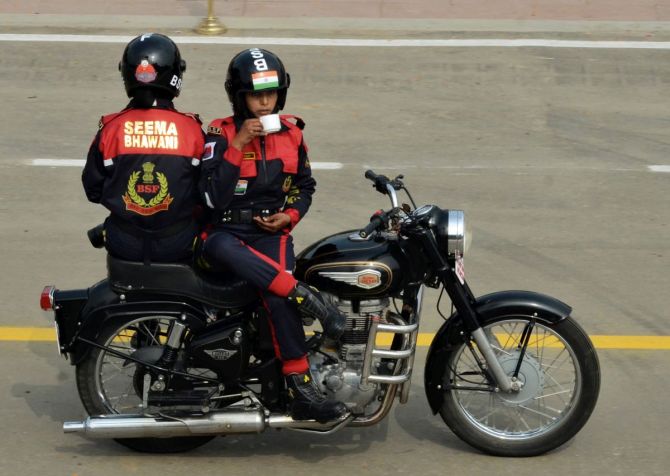 A number of other routines, too, got the pulses racing in the crowd, which was rather thin this year due to COVID-19 restrictions. 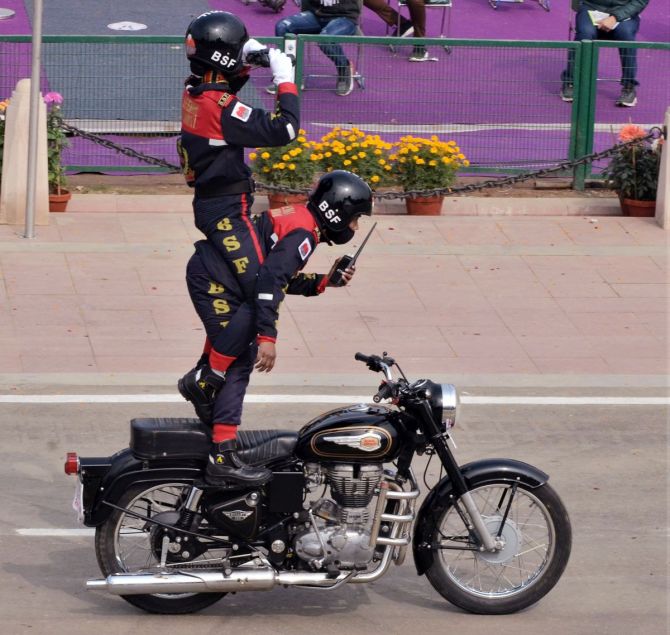 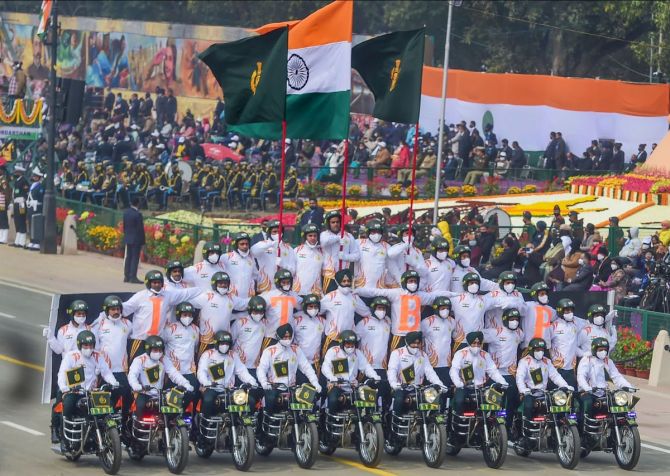 Following their performance, the 'Himveers' troupe from the Indo-Tibetan Border Police dazzled the spectators with their acrobatics on motorcycles.

The 'pyramid' formation called 'Himalay ke Prahari' was displayed by a group of 39 Himveers on nine motorcycles and was dedicated to the 75 years of India's Independence -- Azadi ka Amrit Mahotsav.