R-Day parade: Indian Army showcases its might at Rajpath

The Indian Army on Wednesday showcased at the Republic Day parade the Centurion tank, PT-76 tank, 75/24 Pack howitzer and OT-62 TOPAZ armoured personnel carrier that played a major role in defeating Pakistan in the 1971 war. 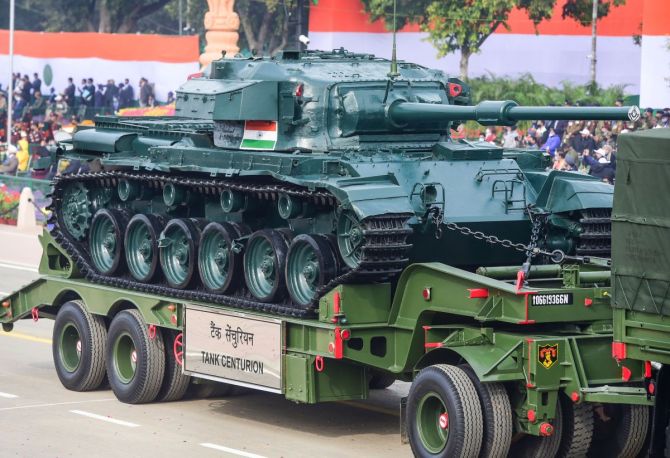 India in 2021 celebrated the Swarnim Vijay Varsh (Golden victory year) to commemorate India's win over Pakistan in the 1971 war that led to the creation of Bangladesh. At the parade, the detachment of Centurion tank of 'The Poona Horse' regiment was led by Captain Rahul Sharma. Centurion was the main stay of the Indian Army in the 1971 Indo-Pak war.

At the Battle of Basantar during the war, an armoured division and a brigade of the Pakistan 1 Corps confronted two brigades of the Indian 1 Corps equipped with Centurion tanks.

Casualties were heavy on the Pakistan side with 46 tanks destroyed. The PT-76 tank at the parade was led by Captain Anshuman Tiwari of 69 Armoured Regiment.

The Battle of Bogra in the 1971 war was fought by the 69 Armour Regiment with the help of PT-76 tanks.

The Battle of Garibpur of the 1971 war is another example where the Indian Army's infantry battalion with only 14 PT-76 tanks was able to maul a much larger brigade of Pakistani armour and inflict heavy casualties. 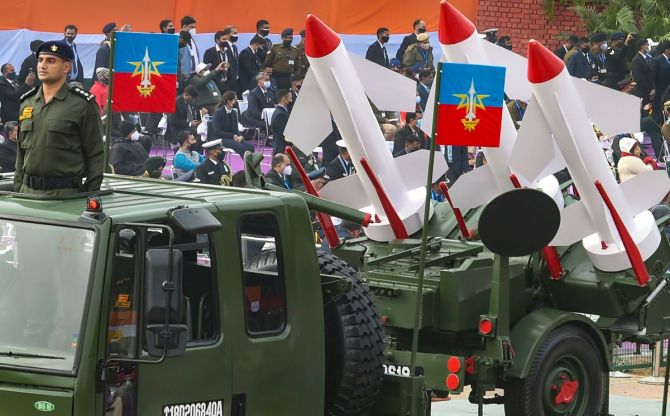 During the Battle of Garibpur, many Pakistani M24 Chaffee tanks were destroyed.

OT-62 Topaz armoured personnel carrier, which also played a pivotal role during the 1971 war, was led by Major Ravi Kumar of the Mechanised Infantry Regiment during Wednesday's parade.

The 75/24 Pack howitzer was the first indigenously developed mountain gun. It actively participated in the 1965 Indo-Pak war and 1971 Indo-Pak war. 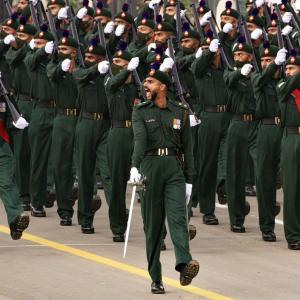