A court in New Delhi has dismissed an intervention application seeking restoration of Hindu and Jain deities in an alleged temple complex inside Qutub Minar, saying the applicant was not a necessary party in the appeal and his plea was without merits. “The applicant is neither a necessary nor a proper party in the present appeal. The application is therefore without merits. It is dismissed and disposed of accordingly,” additional district judge Dinesh Kumar said in an order dated September 20 which was made available on Wednesday.

The court was hearing the intervention plea of applicant Kunwar Mahender Dhwaj Pratap Singh, who claimed he was an heir of the erstwhile ruler of the 'United Province of Agra' and the owner of land parcels in several cities in and around Delhi, including the property of Qutub Minar.

The plea said as the applicant was the “rightful and legal owner” of the property regarding which the original suit was filed, he was a “necessary party” in the appeal.

The court did not agree with the applicant's claim that the union government had wrongly declared Qutub Minar as a protected monument and taken possession of the said property without following the due process of law.

“It is on record that the site in question was declared a protected monument in the year 1914 and the applicant is admittedly not in possession of the premises for the last more than 100 years,” the court said.

It said the applicant did not provide any evidence to prove that he was the legal owner of the premises in question and prima facie the claim was barred by limitation.

“Be that as it may, without any comments on the merits of the claim of the applicant and the delay in making such a claim by the applicant, I am of the considered opinion that the presence of the applicant in the present case is not required to decide the matter effectively,” the judge said.

The judge further said that the original suit was not filed for possession or declaration of ownership of the premises in question and the applicant could establish his claim of ownership only through a separate suit or other legal proceedings as per law.

“His (the applicant's)presence, in no manner, would help the Court to decide the matter effectively and completely and this court can pass the orders in the present case effectively without the presence of the applicant,” the judge said.

“His presence is also not necessary for the complete and final decision on the questions involved in the present case,” the judge added.

The suit sought restoration and worshipping with rites and rituals of the presiding deities of the 27 temples along with the performance of regular puja within the alleged temple complex situated in the area of Qutub Minar property.

The suit also sought the decree of mandatory injunction seeking directions to the government to create a trust and to hand over the management and administration of the temple complex to the said trust. 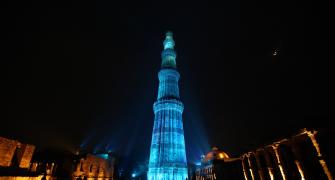 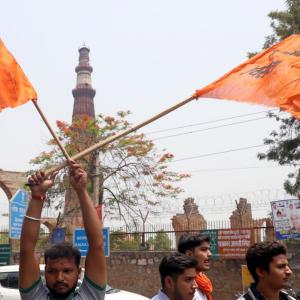