Civil Aviation Minister Hardeep Singh Puri on Saturday announced an interim relief of Rs 10 lakh for each of those who died in the Air India Express crash at the Karipur airport in Kozhikode. 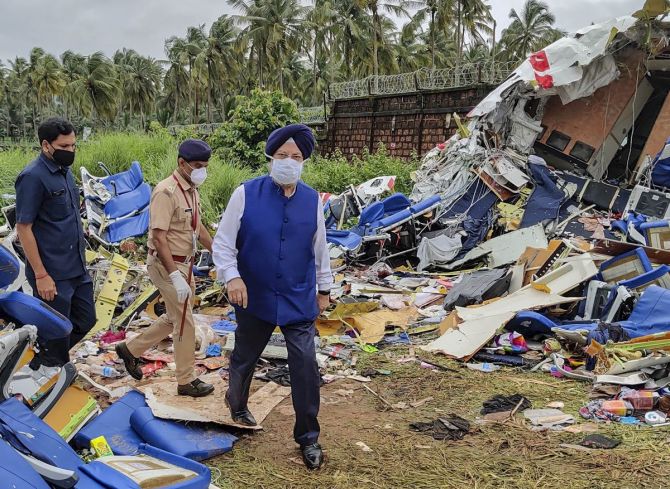 He also assured the kin of victims that steps would be taken to get them compensation in line with an international convention of International Civil Aviation Organisation (ICAO).

Taking stock of the crash of the Dubai-Kozhikode AIE flight in Kozhikode and the relief measures, the minister said pilot in-command of the plane, Captain Deepak Vasant Sathe, among those killed in the accident, was one of the most experienced commanders with more than 10,000 flying hours.

Addressing the media after visiting the accident site, along with his ministerial colleague V Muraleedharan and others, the minister announced Rs 10 lakh for each of those who died in the plane crash, Rs 2 lakh each for those who suffered serious injuries and Rs 50,000 for those with minor injuries.

This was over and above all the other compensations, which might be forthcoming from different agencies, insurance of the aircraft etc, he noted. 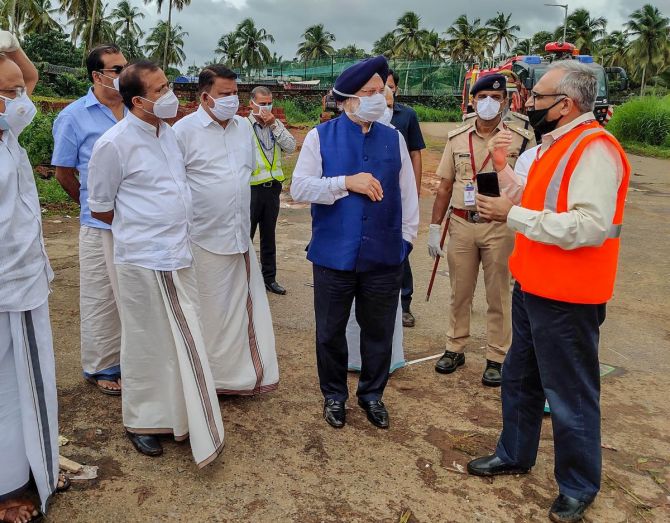 "I might mention that the Air India aircraft are properly insured and discussions will be made with passengers and their families at the appropriate juncture in line with the Montreal convention of international civil aviation organisation", Puri said.

"First of all, every passenger in the aircraft has been accounted for. 23 people were discharged because they had only minor injuries. A total of 149 are in the hospital receiving treatment.

"We are working very closely with the state and central machineries to tide over the difficult situation and extend possible support to the families of deceased passengers and provide all kinds of assistance to the injured persons," the said.

The minister said the aircraft was captained and operated by 'one of our most distinguished, experienced commanders', Captain Deepak Vasant Sathe.

"In fact, the Captain had more than 10,000 hours of flying experience. He has landed on this very air piece, I think as many as 27 times including this year", Puri said.

The co-pilot Captain Akhilesh Kumar, 32, who also died in the mishap, had a total flying experience of 1,723 hours. 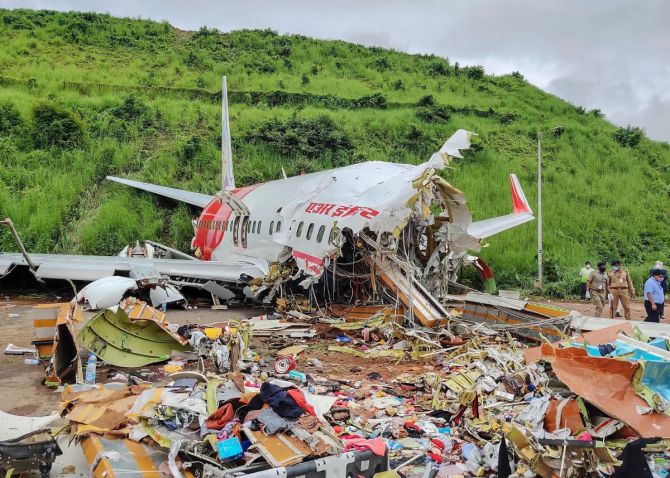 The cabin crew on board are all safe.

He appreciated the local airport authority officials, all other agencies and locals who participated in the rescue operations soon after the accident.

The Boeing 737 aircraft overshot the tabletop runway at the airport in Kozhikode on Friday nighty while landing in heavy rains and fell into a valley 35 feet below and broke into two portions.

Puri said reasons for the mishap are being investigated and it will be premature for him to speculate on what the precise cause of the accident was.

"All parts of the system including the Airports Authority, DGCA, AAIB and all other agencies are cooperating, two black boxes have been found", the minister said.

Responding to queries on the cause of the accident, the minister appealed to the media not to speculate as all the data required for the probe will be in the black boxes of the aircraft and the cause of the contributing factors for the mishap will be revealed through the enquiry.

Asked about the speculation on the fuel in the ill-fated aircraft, Puri said the flight was carrying enough fuel.

"I myself have asked these questions. I asked my colleague, CMD of Air India, how much fuel did he (the pilot) have? I have an answer. There was fuel. The issue is... let us await the findings of investigation," the minister said. 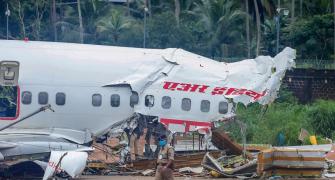 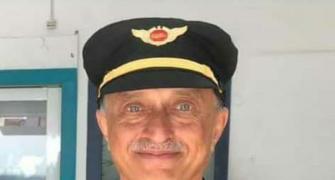 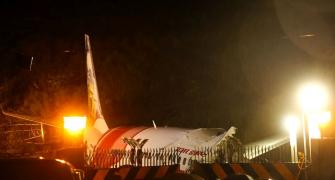 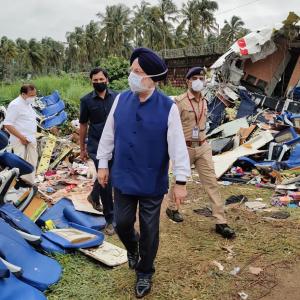 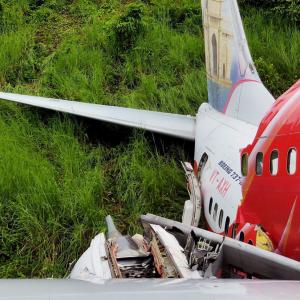