Punjab cops punched me, did not allow Bagga to wear turban: Father

Delhi Bharatiya Janata Party leader Tajinderpal Singh Bagga's father Preetpal Singh on Friday alleged that Punjab Police personnel punched him in the face and did not even allow his son to wear a turban while they were arresting him. 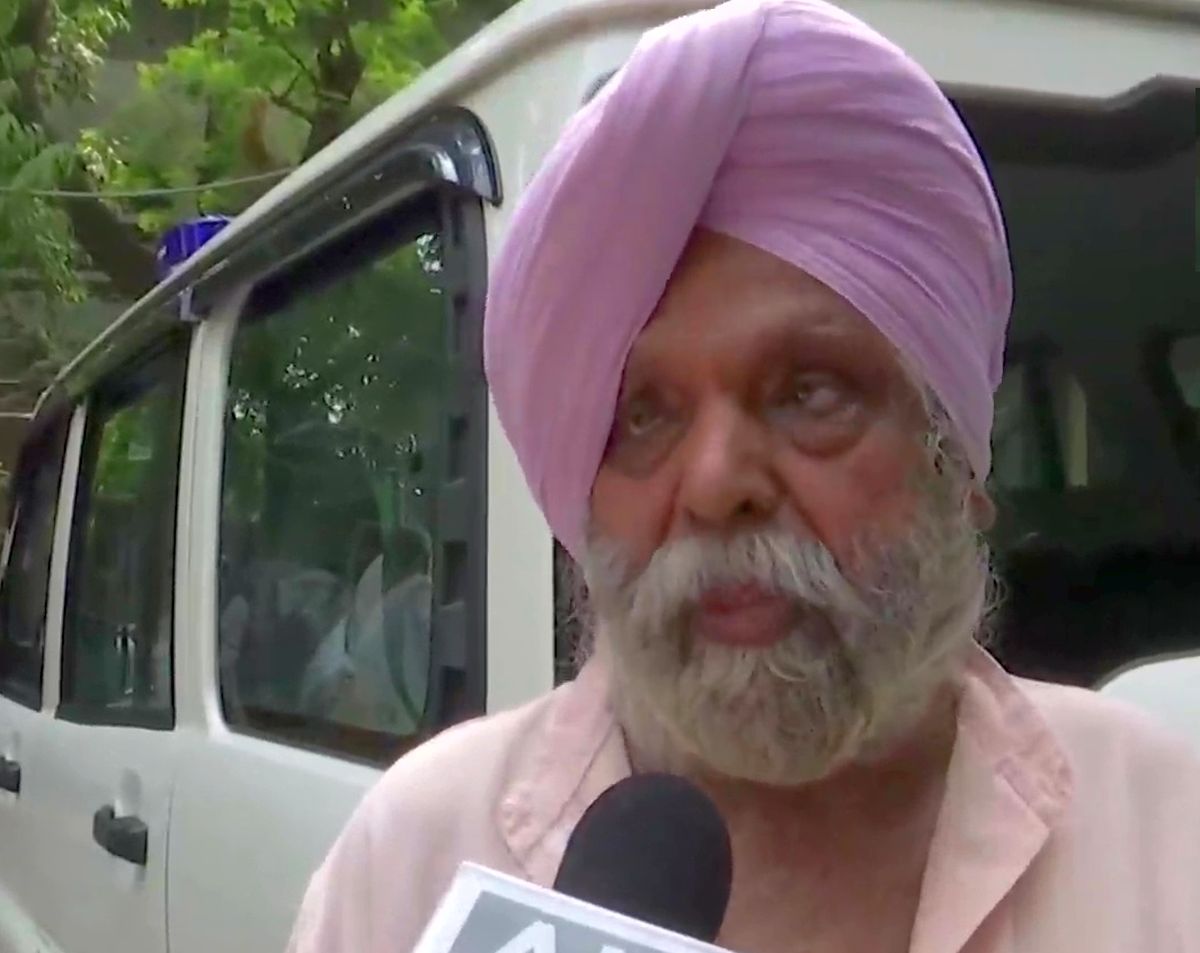 Preetpal Singh, who said a group of 10-15 Punjab Police personnel broke into their Janakpuri home, was accompanied by Delhi BJP president Adesh Gupta when he went file an FIR. Delhi BJP workers staged a protest outside the Janakpuri police station and raised anti-Punjab Police slogans.

Recounting the events of the morning, Preetpal Singh said the family, including Bagga, had finished breakfast at their west Delhi home when two Punjab Police personnel came in. The two policemen had visited the family earlier as well.

"We offered them tea and they behaved and talked calmly and Tajinder was sitting there. A few minutes later, 10-15 Punjab Police personnel broke in. They dragged Tajinder out and did not allow him to cover his head.

"When I tried to make a video of the incident, my mobile phone was snatched and I was punched in the face and forced to sit down," the Delhi BJP spokesperson's elderly father told reporters.

Punjab Police said it has arrested Bagga, who is also national secretary of the Bhartiya Janta Yuva Morcha, from his Delhi residence in connection with a case registered against him in Mohali last month.

Delhi BJP president Gupta said a complaint has been lodged at the Janakpuri police station against Punjab Police allegedly beating Bagga's father. He also alleged that Bagga's father was beaten and gagged.

"The action against Bagga is shameful. Kejriwal got Punjab Police to beat, misbehave with and gag an elderly person. Punjab Police indulged in hooliganism and did not allow a Sikh to put on his turban," Gupta said in a tweet in Hindi.

Punjab Police had booked Bagga last month on charges of making provocative statements, promoting enmity and criminal intimidation. The case was registered on a complaint of AAP leader from Mohali Sunny Ahluwalia.

The FIR referred to Bagga's remarks on March 30, when he was part of a BJP youth wing protest outside the chief minister's residence in Delhi.

Bagga has been vocal in his criticism of Kejriwal on social media. He came under fire from the AAP, which is ruling both Delhi and Punjab, for his tweet against the Delhi chief minister over the film The Kashmir Files.