Bharatiya Janata Party leader L K Advani's yatra on Sunday met a hostile reception in Punjab, with protesters hurling eggs at his 'rath' and waving black flags, briefly disrupting his convoy's journey in the state, where the party is in power along with Shiromani Akali Dal (Badal).

A 30-40-strong group of protesters belonging to Shiromani Akali Dal (Amritsar) and some Muslim organisations staged protests near village Sanghera while the yatra was on its way to Barnala.

The protesters, who came out from the fields along the road, hurled eggs at Advani's rath while showing black flags, leading to halting of the cavalcade to clean the modified bus in which the BJP leader is travelling during his 'yatra against corruption.'

The protesters belonging to SAD (Amritsar), which is led by Simranjit Singh Mann, shouted slogans in support of Khalistan and against Advani when the rath passed through Bathinda and Sangrur districts.

As many as 30 protesters belonging to SAD(A) along with their district president Parminder Singh Ballianwali were detained as a precautionary measure and sent to Kotfatta police station, police sources said.

Another group of protesters from a Muslim organization headed by Nagina Begum was among those who staged protests against the yatra.

"The rath yatra is neither planned for elections of BJP nor is an agenda of the BJP. It is a protest by me and I want to say that it has become difficult for me to live in the country of scams," said Advani while addressing small gatherings in the state.

The BJP leader said that if the past year had been "a year of scams", 2012 should be turned in to a "year of accountability".

Advani claimed that he had received "tremendous" response of the people for the yatra. "Even in Tamil Nadu I received a lot of support and people came to hear what I had to say," he maintained, adding that the anger of the people against corruption had resulted in his getting "so much support".

Advani said that he believed that corruption and inflation were related. "The Prime Minister is an economist and if he cannot control inflation there is no other reason but corruption," he said.

"When Vajpayee government conducted the nuclear tests in Pokharan, the US imposed sanctions on the country but for six years we kept the prices under control due to proper management of the economy," he said.

Advani said that there was no mention of any scam during the Vajpayee regime and accused the Congress of making DMK ministers "a scapegoat" in the 2G case.

"....The prominent people from the Congress party, who were aware of all the happenings, are left untouched," Advani said.

Advani said that the CBI should find out whether the Prime Minister was aware of what was happening and did he agree to Raja's decisions. 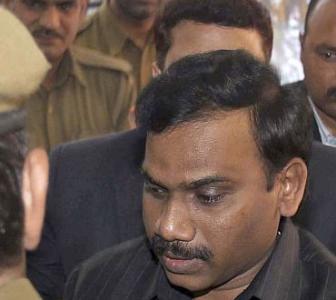 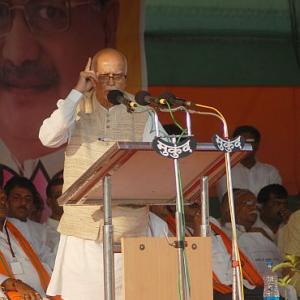 What has Sonia done to curb corruption: Advani 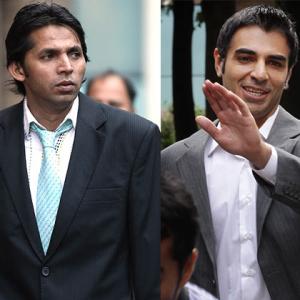 'It's a sad day for Pakistan cricket'