A prominent Shia scholar and his companion were gunned down by unidentified armed men in the southern Pakistani port city of Karachi on Tuesday.

Agha Aftab Haider Jaffri, a leader of the Jaffaria Alliance Pakistan, and Mirza Shahid Ali were killed in Saddar area of Karachi.

Police officials said gunmen riding a motorcycle opened fire at Jaffri's car and killed both men instantly.   Members of the Shia community organised a protest after learning about the killing of Jaffri.

In a separate development, the bomb disposal squad defused a bomb containing five kilograms of explosives that was planted at a gate of the Mazar-e-Quaid, the mausoleum of Mohammad Ali Jinnah, the founder of Pakistan. 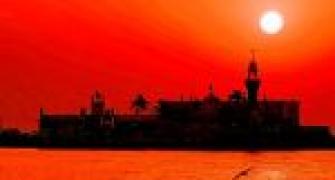