Probe to find whether Serum fire was mishap or sabotage: Uddhav

The Serum Institute of India on Friday said it has suffered losses of over Rs 1,000 crore due to the devastating fire that erupted a day before at its premise, even as Maharashtra Chief Minister Uddhav Thackeray said that whether the blaze was an accident or sabotage will be known once the probe gets over. IMAGE: Workers of Serum Institute of India come out of the building after a fire broke out at its Manjri premises in Pune on Thursday. Photograph: PTI Photo

Five contractual labourers died in the fire that broke out in a five-storey building in the SII's Manjari premises in Pune on Thursday.

The chief minister visited the SII on Friday to take stock of the damages. He later addressed a press conference, where Adar Poonawalla, Chief Executive Officer of the SII was also present.

Talking to reporters, Poonawalla said, "The extent of the damage is more than Rs 1,000 crore because of the equipment and products over there that were to be launched."

He, however, reiterated that the Covishield vaccine production has not been impacted due to the blaze.

"Fortunately, we have got multiple facilities and as CM sir has explained, the COVID-19 vaccine's supply will not be affected due to the incident," Poonawalla added.

"We were very lucky that the incident took place in the building where the COVID-19 vaccine was not being stored. It has happened where other vaccines are being produced and we will make up that production," he said.

He added that the facility meant for Rotavirus and BCG vaccines has suffered major damages in the fire.

"But we will try and make up the supply gap in our other facilities. Mainly, the loss is financial and there will not be any loss in terms of supplies," the SII CEO said.

Poonawalla said this was a new building where additional production capacity was being put in place.

He added that the fire incident took place at the filling line and bulk production line.

"These new filling lines and bulk production lines were under installation. This was brand new facility. The incident happened when the installation and other things were going on and no actual vaccine was being made there that time and it was for the future so the losses are for the future," he said.

The Manjari facility is where Covishield, the SII vaccine against COVID-19 which is being used in the nationwideinoculation drive, is manufactured.

The building where the fire broke out is one km from the Covishield vaccine manufacturing unit.

Thackeray told reporters that the stock of Covishield vaccines is safe and the fire has not hampered their
production.

"The probe to ascertain the cause of the fire has started and after it is complete, we will come to know whether it was an accident or sabotage. Let the investigation get complete. It is not correct to say anything now," the CM said.

"Last week, there was aray of hope when the vaccination drive began, but the news about the fire at
The centre that is manufacturing the vaccine, came as a cause of concern. Unfortunately five people died in it," he said.

The manufacturing of COVID-19 vaccines has remained unharmed, he said.

"The first two floors of the building, where the fire erupted, were in use. The blaze occurred on other two floors above them where new facilities were being created. The Covishield vaccine manufacturing unit is located at a distance from the site of the fire," the chief minister said.

"The Serum Institute has taken up the responsibility of looking after the kin of those killed in the fire. The state government will also do whatever it can," he said.

When Poonawalla was asked about his tweet that he posted immediately after the fire, in which he had said that the incident did not claim any life, he said, "We were relieved and happy to know that nobody has been received any injury and that is why I tweeted that information. However, after some time, the five bodies were found."

He said that all the deceased workers were employed by a contractor and the SII did not have the details about them.

Dr Cyrus Poonawalla, Chairman of the Poonawalla Group said that no production of vaccines was taking place in the affected building.

"The production was to start in the building. The floors were being readied. No vaccine or any other product has been received any damage in that structure," he said.

Meanwhile, the SII issued statement saying, “The fire broke in an under-installation building of the SII plant at Manjari."

It added that it has suffered financial losses due to the fire and the incident will impact the production of BCG and Rotavirus vaccines in the future. 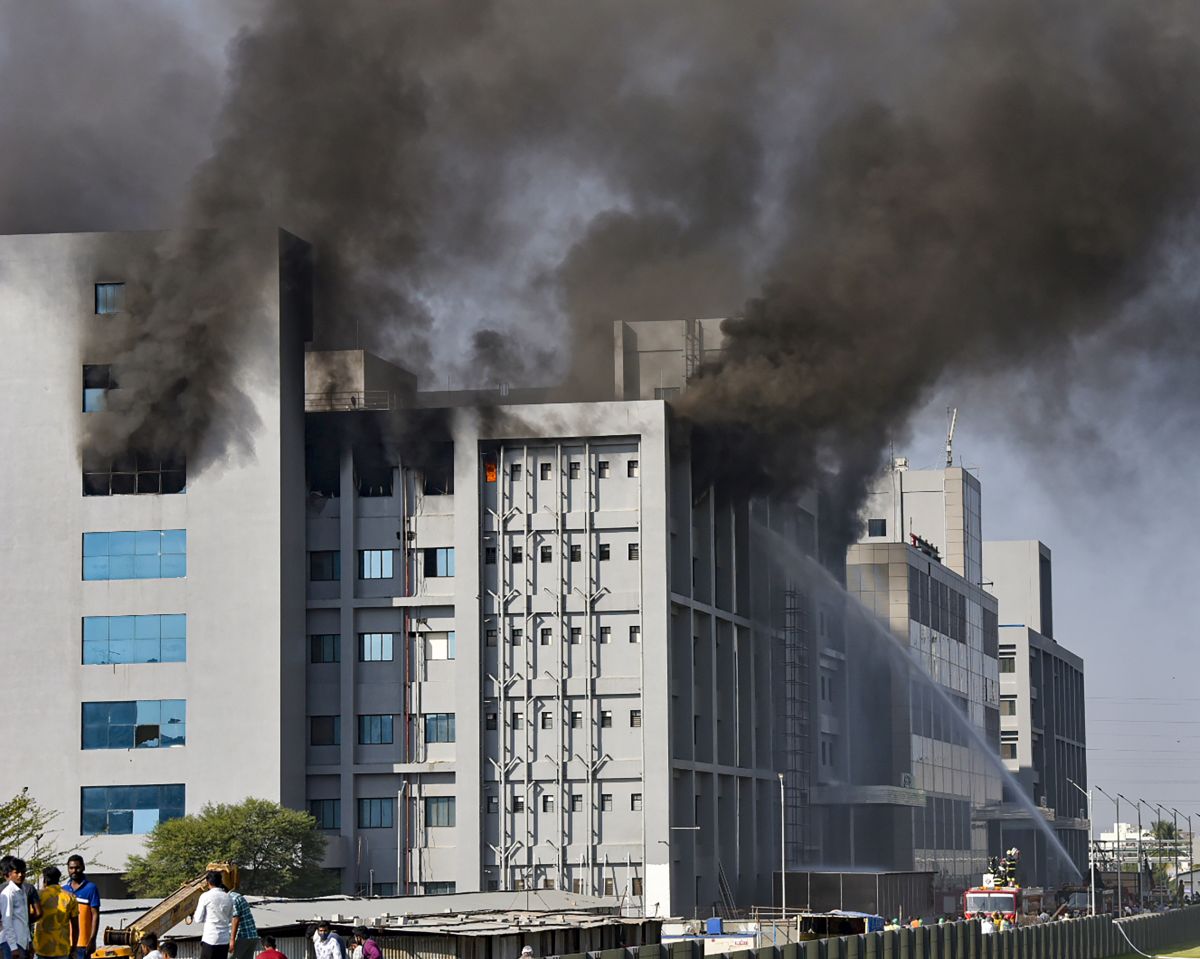