Probe finds India downed own copter in Budgam on Feb 27 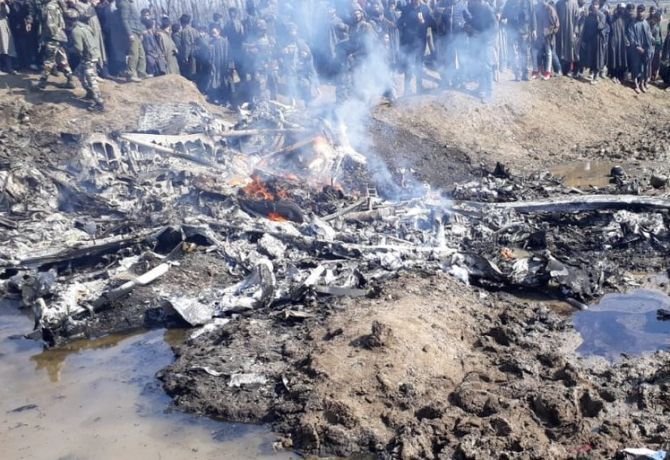 A surface-to-air missile of the Indian Air Force brought down the Mi-17 aircraft in Kashmir's Budgam on the morning of February 27 when the Indian and Pakistani air forces were engaged in a fierce dogfight, a high-level probe has concluded.

Six IAF personnel on board the chopper and a civilian on the ground were killed in the crash.

The CoI into the incident found that the Mi-17 V-5 helicopter was hit by a ground-based missile of the Indian Air Force when the chopper was on its way back to Srinagar air base, the sources said.

Five IAF personnel, including the Chief Operating Officer (COO) of the Srinagar base, were held responsible for the crash and all of them are likely to face severe punishment, sources said.

"The guilty personnel will face severe punishment as per provisions of the military law," said a source, adding that the IAF top brass will decide on the quantum of punishment for those held responsible for the incident.

The IAF will initiate strong action against the guilty based on the report of the CoI. This could include charging the guilty with culpable homicide not amounting to murder, the sources said.

There is no immediate comment from the IAF on the findings of the probe.

The probe found that the 'Identification of Friend or Foe' (IFF) system on-board the helicopter was switched off and there were "vital gaps" in communication and coordination between the ground staff and the crew of the chopper.

In early May, the IAF transferred the Air Officer Commanding (AOC) of Srinagar base to ensure a thorough probe into the incident.