In a major reform in the India's space arena, the private sector will now be allowed to carry out space activities like building of rockets, satellites and providing launch services, Indian Space Research Organisation chief K Sivan said on Thursday. 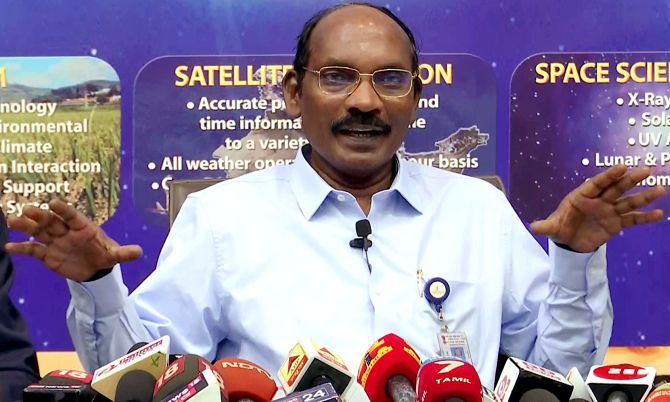 Terming this a "major reform", Sivan said the private sector can also be part of the inter-planetary missions of the ISRO.

The Cabinet on Wednesday approved participation of the private sector in the entire range of space activities, including planetary exploration missions.

"The private sector will be enabled to carry out space activities like building of rockets, satellites, providing launch services on a commercial basis.

"The private sector can also be part of interplanetary missions of ISRO. This is being planned to be done through announcement of opportunities," Sivan said in an online briefing.

He, however, added that ISRO's activities are not going to reduce and it will continue to carry out space-based activities including advanced research and development, inter-planetary and human space flight missions.

Addressing an online media briefing, Sivan said the Indian National Space Promotion and Authorisation Centre (In-Space) has been created under the Department of Space as a separate vertical for taking independent decisions with respect to permitting and regulating space activities of the private sector.

He said the move will not only enable accelerated growth of the space sector, but will also help the Indian industry play a major role in the global space economy.

"This is going to be a major system and reform in the Department of Space. In-Space will have its own directorates for technical, legal safety and security, activity promotion as well as for monitoring purposes so that they can take an independent decision," Sivan said.

The In-Space board will also have members of the industry, academia and the government.

It will take six months for the system to take shape, but private companies can submit their applications to the Department of Space in the interim time.

"Private companies can directly apply to In-Space which will independently evaluate and process the application. Once In-Space gives the decisions, it will be binding on all stakeholders, either private people or ISRO," Sivan said.

The 'New Space India Limited, a PSU under the Department of Space, will also play a role in this endeavour by re-orienting space activities from a 'supply driven' model to a 'demand driven' model, thereby ensuring optimum utilisation of space assets, Sivan said.