In a widely anticipated move, Saudi Arabia's Prince Naif bin Abdulaziz has been chosen as the country's new Crown Prince. He has been appointed Deputy Premier and Minister of Interior of the Kingdom, a royal decree has announced.

The country's King Abdullah bin Abdulaziz Al Saud, in a royal order issued on Thursday evening, notified the chief and members of the Allegiance-Pledge Commission of his choice.

The announcement was subsequently made on state-owned television channels. This has come within a week of the death of Crown Prince Sultan bin Abdulaziz Al Saud.

Earlier, the King held a meeting with the chief and members of the Allegiance-Pledge Commission at his palace in Riyadh. 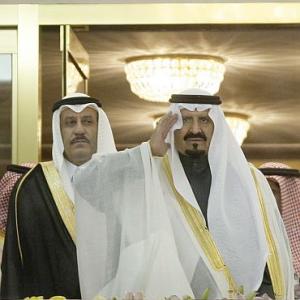 Saudi Crown Prince Sultan dies in the US