Britain’s Queen Elizabeth II on Saturday bestowed the title of Duke and Duchess of Sussex on her grandson, Prince Harry, and his bride Meghan Markle as part of the royal wedding tradition. 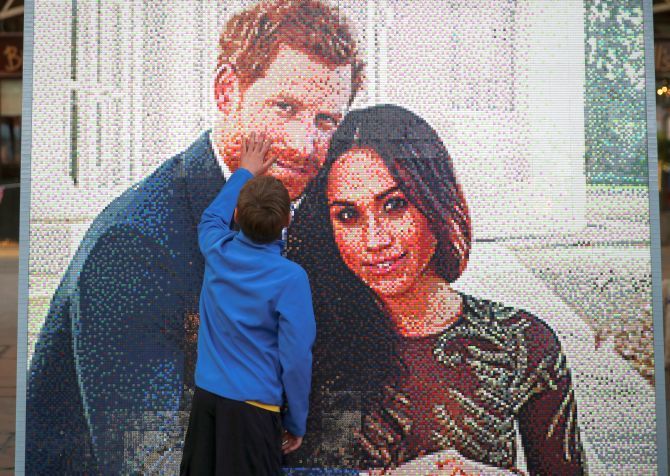 The couple formally take on the titles as they tie the knot at a wedding ceremony in St George’s Chapel in Windsor Castle on Saturday.

“The Queen has today been pleased to confer a Dukedom on Prince Henry of Wales. His titles will be Duke of Sussex, Earl of Dumbarton and Baron Kilkeel,” Buckingham Palace said in a statement.

As per tradition, the monarch bestows male members of her royal family a title on their wedding day. The title of Duke of Sussex was vacant and widely expected to be the likely choice for Prince Harry, the sixth in line to the British throne.

According to royal history, the only previous Duke of Sussex was married twice, but neither of his marriages was approved by his father, King George III, meaning they were considered unlawful. It makes Meghan Markle the first woman entitled to use the title Her Royal Highness The Duchess of Sussex.

Markle’s full name is Rachel Meghan Markle, but as she was named as Meghan in Buckingham Palace’s announcement of the engagement, she is unlikely to revert to Rachel when she is married.

A dukedom is the highest rank in the British peerage and comes from the Latin word dux, meaning leader.

Prince William and his bride Kate Middleton were bestowed with the titles Duke and Duchess of Cambridge on the day of their wedding in April 2011.

The 92-year-old Queen’s second son, Prince Andrew, was created Duke of York upon his marriage to Sarah Ferguson in 1986.

The Queen’s youngest son, Prince Edward, however broke with royal tradition when he chose the title of Earl of Wessex upon his marriage to Sophie Rhys-Jones (now Sophie, Countess of Wessex) in 1999. The other royal dukes are the Queen’s first cousins, the Duke of Gloucester and the Duke of Kent.

Like Prince Harry, the previous Duke of Sussex, Augustus Frederick, lived at Kensington Palace, and he also married for love, rather than choosing brides who fitted the traditional royal mould of Britain.