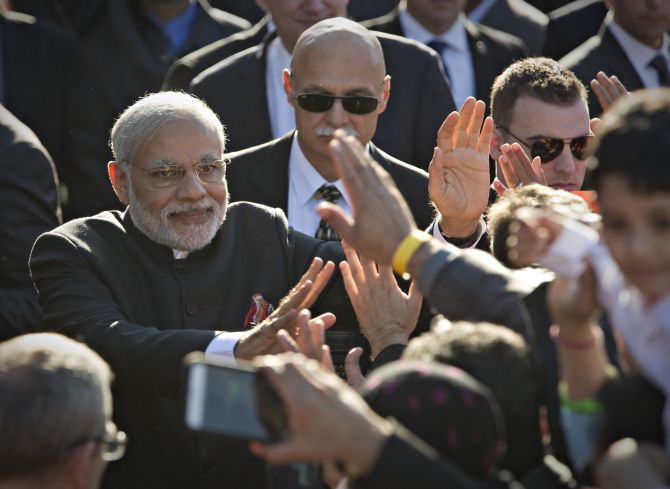 For all his interactions with Canadian business leaders and investors in Ottawa, Toronto and Vancouver to pitch investment in India, Prime Minister Narendra Modi’s most powerful message to them was his very presence in Canada.

“It’s very significant that Canada is in the top group of countries he has visited in his first year. Part of it is of course due to our relationship from his Gujarat days,” said Stewart Beck, CEO of the Vancouver-based Asia Pacific Foundation. As Canada’s previous high commissioner to India, Beck was a regular participant at Vibrant Gujarat summits.

Early Thursday morning in Toronto, Modi met with the heads of major financial institutions. Canada’s Prime Minister Stephen Harper then joined him for a round table with a group of Canadian CEOs, including John Chen of Blackberry. Public reactions from those who attended were positive, signalling confidence in Modi’s leadership and India’s market potential.

On Thursday evening, after the two prime ministers had travelled to Vancouver, the Asia Pacific Foundation and the local chapters of C-IBC and TiE hosted a reception, and some of the guests later headed over to Harper’s state banquet for Modi in the Pacific port city.

Robin Dhir, a TiE charter member and Strategic Advisor at the Fasken Martineau law firm, was one of three generations in his family -- along with his father and son -- who went to the Vancouver airport to see Modi and Harper arrive. After attending the banquet, Dhir said he found the vibes between the two leaders, who were together for virtually the entire duration of Modi’s visit to Canada, “extremely upbeat and complimentary”.

Modi’s meeting with Canadian pension funds takes forward the outreach by former Finance Minister P Chidambaram, who made a similar pitch in Toronto two years ago.

Among the investments announced since then was CPPIB’s investment of $166 million in L&T last June. Peter Sutherland, board member of the Canada-India Business Council or C-IBC and a former high commissioner to India, said pension funds were seeking clarity on various issues during Chidambaram’s visit, while Modi’s engagement showed a personal commitment at the highest level of the government.

“Canadian businesses were concerned towards the last couple of years of the UPA government that nothing was happening,” said Beck. “Even at the High Commission, we were working more closely with some states as it was difficult to get anything done at the central level.”

Modi is seen to be more decisive and clear-headed about his agenda, based on his own track record in Gujarat.

Rana Sarkar, Co-Chairman and Senior Fellow at the Munk School of Global Affairs at the University of Toronto, said recent reforms in the insurance sector indicated a considerable move forward, and singled out land reform as the biggest test for the Modi government.

While expectations were not high regarding a quick conclusion to the Comprehensive Economic Partnership Agreement or CEPA, Modi stated in Ottawa that the two countries would finalise a road map for CEPA by September and that the equally long pending Foreign Investment Promotion and Protection Agreement or FIPPA would be concluded soon.

“People would have liked to see FIPPA concluded during the visit, and more concrete action on CEPA,” said Sutherland. The original deadline for CEPA was 2013.

The biggest announcement during Modi’s visit of course was the $350-million contract to Cameco Corp, to supply uranium for India’s nuclear power sector. Speaking at a community rally in Toronto on Wednesday night, Modi singled this out as one of the two major decisions taken on his current overseas tour to France, Germany and Canada, the other being the agreement signed in France to make nuclear reactor components in India.

Harper’s office also touted commercial agreements worth over $1.6 billion (Rs 100 crore) that were announced on the margins of the visit.

A meeting in Toronto with small and medium business owners was cancelled despite being sold out days in advance. Indo-Canadians, many of whom are small business owners, were excited to welcome the prime minister, but felt a little left out of his schedule.

“There was not too much for the Indo-Canadian business community, also not enough time to interact with us,” said Dharma Jain, President of the Indo-Canadian Chamber of Commerce. Jain, who did get a handshake and photo-op with Modi at a dinner hosted by the Indian high commissioner in Toronto, said the visit was a morale-booster for business ties.

The political elements of Modi’s visit often overshadowed his business agenda. Given the Harper government’s early outreach to Modi from his days as Gujarat chief minister, his schedule was packed with public events where he and Harper made joint appearances in Ottawa, Toronto and Vancouver.

This was interpreted as an attempt by Harper to capitalise on Modi’s popularity in the Indo-Canadian community ahead of federal elections in Canada this year.

“There’s a strong degree of partisanship, especially from our government, instead of focusing on economic outcomes,” said Sarkar, who is a former president of the Canada-India Business Council, and a member of the opposition Liberal Party.

Modi departed Vancouver on Thursday night to head back home, having delivered the message that India was open for business.

“The very fact that he came to Canada on a stand-alone visit, not on his way to or from the United States, shows a strong interest from the Indian side. We should act on that,” Sutherland said.

Dhir agreed, “It opened the door to do more.” Beating United will not make us champions: Mourinho 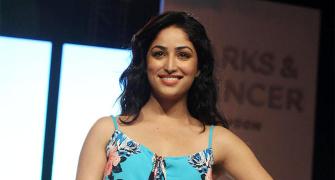 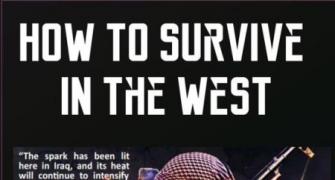 Now, a manual on how to carry out Islamic State terror attacks