Finance Minister Pranab Mukherjee will hold talks with the opponents of Women's Reservation Bill before the government's takes the next step on it, Minority Affairs Minister Salman Khurshid said on Thursday.

He said the government has no re-thinking on the bill which has been cleared by the Parliamentary Standing Committee.

"I do not think we would have a re-thinking on it," Khurshid told reporters when asked about the fate of the bill that provides for 33 per cent reservation for women in Lok Sabha and state Assemblies as it is facing stiff resistance from Samajwadi Party, RJD and JD(U).

He said Mukherjee will talk to opponents of the Bill as promised by him in Parliament and government "will proceed for the next step only after discussions with them."

In view of the opposition by SP, RJD and JD(U), whose members disrupted proceedings of Lok Sabha for days, Mukherjee had announced that the government would discuss the issue with "all concerned" before tabling it in the Lower House of Parliament.

The bill has already been passed by the Rajya Sabha.

"Had we not believed in the Bill, why would we decide to introduce it (in Parliament)? After all, we have decided in its favour in the cabinet," he said while speaking on sidelines of a function. On the issue of Uttar Pradesh Chief Minister Mayawati being garlanded with currency notes, the former state Congress chief said, "I think she is breaking the tradition."

Asked whether Mayawati's act of wearing currency notes in public rallies and meetings was lawful, Khurshid said law could not stop anyone from doing such things but the Income Tax department had a right to know the source of money.

"Income-Tax Department has a right to question where the money came from. The RBI is also within its right to ask whether currencies issued by it are being properly used or not. If the answer is satisfactory, it is fine and if not, law will take its own course," said Khurshid, who is also Minister for Corporate Affairs. 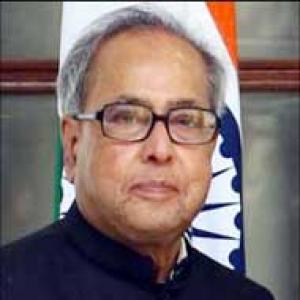