A security alert notwithstanding, it is Onam time again and Keralites are getting ready to celebrate the biggest festival of the state putting behind the havoc wrought by two consecutive floods. 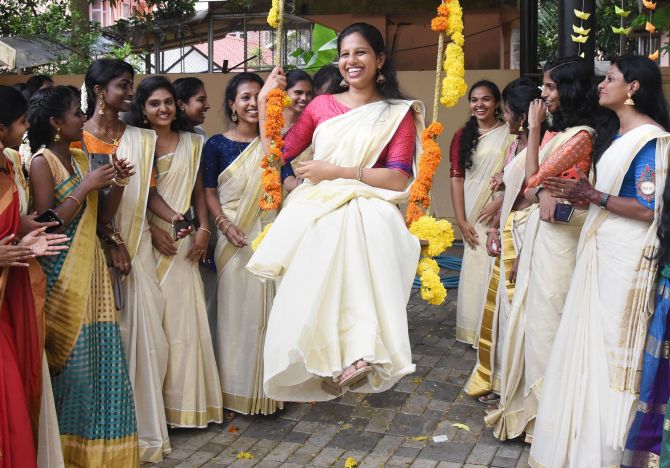 As Kerala gets into the festive mood, police are maintaining tight vigil with the army receiving information that there may be a terror attack in southern parts of the country.

Unmindful of all this, at her ancestral house in Pandalam in Pathanamthitta district, retired government employee Susheela Devi is busy preparing 'ethakka upperi' (banana chips) besides 'kaliyadakka' (fried rice ball) for her grandchildren.

Being the festival eve, it is a decades-old practice for this sexagenarian woman to prepare traditional snacks to gift to her grandchildren besides laying a floral carpet on the courtyard and preparing sumptuous feast on 'Thiruvonam'.

Devi is one among the many housewives in the state who are eagerly waiting to welcome the most awaited harvest festival of the state, which was unfortunately a subdued affair last year due to unprecedented rains and floods.

As a rampaging monsoon had claimed over 400 lives and destroyed houses and livelihood of people with many housed in relief camps, festivities were the last thing to come up in the minds of Keralites last year.

The government and organisations had cancelled official Onam celebrations.

"There were no festivities during Onam last year as flood water gushed in our house and we had to shift to the house of a relative.

Thiruvonam is the day when all the relatives gather at the ancestral house...so we always try not to miss it anyway. But, we could not even think about celebrations last time," Devi told PTI.

Though flash floods and landslips caused concerns in the state last month also, it had caused less destruction compared to the August floods the previous year.

Though over hundred people had lost their lives and a large number of houses were destroyed or damaged, the state government has decided to go ahead with its Onam celebrations this year as it would help people overcome the traumatic experience and focus on putting their lives back following the two consecutive floods.

The fest would feature over 5,000 artistes of different genres and Thiruvanathauram, the state capital, alone would have programmes in as many as 29 venues, officials said.

The celebrations would conclude with a colourful cultural pageantry here on September 16.

Major roads, shops and buildings here would be illuminated by this evening. Colourful 'pookkalam' (floral carpets) could be seen not only on courtyards of houses but also in front of temples and government and private offices.

As the floods failed to dampen the festival spirit, the market, which had suffered huge loss last time, has now got a fresh lease of life.

According to market sources, textiles and home appliance shops are witnessing heavy rush for the last several weeks.

Based on the number of dishes, the price ranges from Rs 130 to Rs 425 per head, they said. 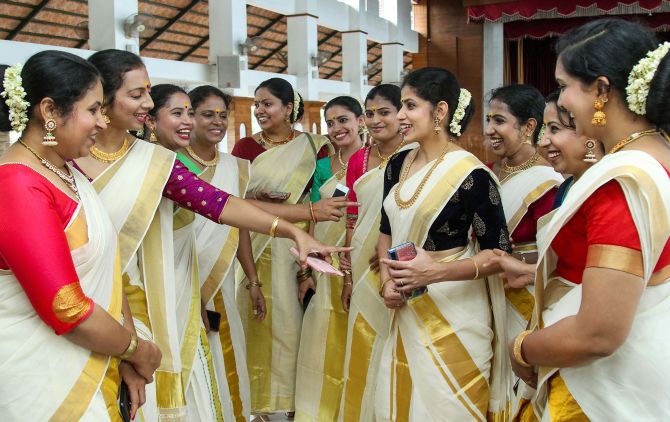 Murugan, a flower vendor at the West Fort Thiruvananthapuram, said despite soaring prices, flowers were in high demand in the local market.

"We buy flowers mainly from farms in Tamil Nadu and Karnataka during the festival season. Colourful flowers like marigold, chrysanthemum and rose are in high demand for laying floral carpet. Jasmine and tube rose also have many takers," he said.

Trucks, loaded with flowers arriving from neighbouring states, is a common scene in the state during Onam season.

Chief Minister Pinarayi Vijayan has said government has opened 3000 'onam markets' and 2000 fruit-vegetable shops to provide essential commodities and vegetables at a subsidised rate to help people celebrate the festival.

In his festival message, Vijayan wished that this year's Onam be a festival of prosperity and reminded that this was an occasion for everyone to rise above all differences and stand united.

"We have faced two consecutive floods...we need to survive...The concept of Onam gives hope and strength to survive and to build a new Kerala," he said.

Though Onam has a Hindu myth behind it, the festival is celebrated by all Keralites, cutting across class, caste and religious barriers.

According to mythology, Kerala was once ruled by 'Mahabali', a generous Asura (demon) king. During his reign, everyone was equal and deception and theft were unheard of.

The Devas (Gods), who were envious of Mahabali's popularity, managed to get him pushed down to the netherworld with the support of Lord Vishnu.

But he was allowed to return to Kerala on Thiruvonam day during the month of 'Chingam' in the Malayalam calendar every year and Keralites celebrate Onam as the homecoming of the legendary king.

Houses would be decorated with floral carpets and feasts would be prepared on 'Thiruvonam' to mark the occasion. New dresses are also distributed among family members.

Lekshmi Gopalakrishnan in Thiruvananthapuram
Source: PTI© Copyright 2020 PTI. All rights reserved. Republication or redistribution of PTI content, including by framing or similar means, is expressly prohibited without the prior written consent.
SHARE THIS STORY
Print this article 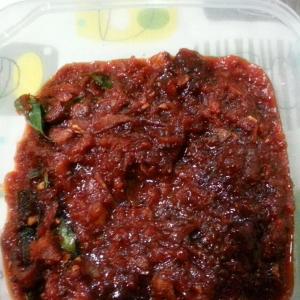 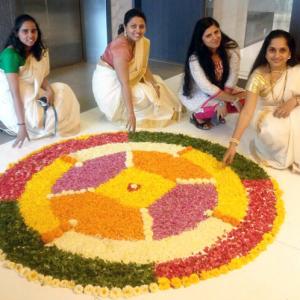