News
Business
Movies
Sports
Cricket
Get Ahead
Money Tips
Shopping
Sign in  |  Create a Rediffmail account
Rediff.com  » News » We will respond to an Indian attack, Pak told US

We will respond to an Indian attack, Pak told US

Post 26 /11, amid growing tension between India and Pakistan and mounting evidence that people in the Pakistani establishments were involved in the Mumbai terror attacks, Army Chief General Ashfaq Pervez Kayani, told the US that his army would respond to an Indian attack.

In a meeting with General David Petraeus, the ((US Central Command) CENTCOM Commander, in Islamabad on January 24, four days after Barack Obama took over the US presidency, Kayani claimed Pakistan is exercising restraint in the aftermath of the Mumbai terrorist attack, according to a US Embassy Cable from Islamabad, released by Wikileaks, a whistle blower website.

"Kayani said he was going to exercise restraint with India, but would respond to an Indian attack," the cable says. "Petraeus said the most important threat to Pakistan was on the western border and internally. Terrorists were an existential threat to Pakistan. Kayani agreed. However, Kayani observed that he had postponed a missile test. The Indians, he said, in contrast, had conducted one just a few hours before," the cable said.

Kayani said he had no intention to resume missile testing as long as the current tensions persisted and promised to be transparent with allies about his plans and had briefed us about his move of 6,000 troops to the Indian border. Kayani said he was determined to exercise restraint in his actions with India. "He recounted that he had taken no action the evening that Indian External Affairs Minister Pranab Mukherjee had supposedly called President Zardari and threatened to declare war," the cable said.

It later came out that Mukherjee never made such a call. "Kayani asked to be alerted if the US had any warning of another attack - he understood that the Indians had been warned about the Mumbai attack. He mentioned that discussion of the consequences of a follow-on attack made both India and Pakistan hostage to extremists and increased the likelihood of an attack. "If there is any clue about another attack," he said, "please share it with us." the cable said.

According to the cable, Kayani explained that his military budget had been flat lined, and therefore had dropped sharply in real terms; military spending now represented only 16 per cent of the government's budget.

Kayani said the Pakistan military needed basic equipment like helmets, protective gear, and personnel carriers. Kayani was particularly concerned about the status of internally displaced persons (IDPs), who were displaced from their homes by fighting. This was not only a humanitarian problem, but also a strategic one, he argued.

"Kayani said he had no capacity to compensate civilians who had been injured or whose property had been destroyed. "If we don,t do that," Kayani said, "we will lose the battle for public opinion." Kayani said that the provincial government lacks the capacity to help the IDPs. He emphasized the importance of carrying forward the Bajaur operation. Kayani noted that at first he had thought the army "should stay out of politics," but it was increasingly obvious that the military would have to become involved in the IDP situation.

Ambassador Patterson noted that the international community had also dropped the ball on providing relief for the IDPs and was now rushing to catch up," it said. 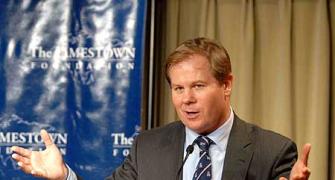 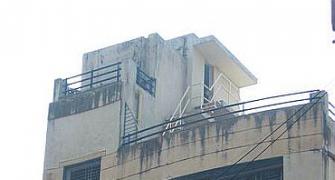 Man behind the Mumbai bloodbath
Kayani has learned the lesson from Mush: Wikileaks 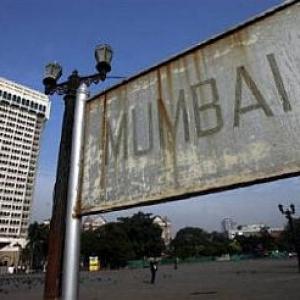