After running into controversy again, Communist Party of India-Marxist leader M M Mani on Sunday strongly refuted having made a speech two days back in which he purportedly said that the party was involved in the murder of an INTUC leader in Idukki district.

Mani's denial came a day after Malayalam television channels aired an audio of the speech purportedly made by him at a public meeting at Pathammile near Munnar last week.

"This is totally untrue. I never said that we (CPI-M workers) were involved in the killing of Balu (a local INTUC functionary). The audio put out by channels are fake," Mani asserted at a press meet in Munnar on Sunday.

Mani, who was removed as CPI-M's Idukki district secretary and suspended from the state committee in the backdrop of a speech that embarrassed the party in May last, accused a section of the media of "indulging in false propaganda to malign me and my party."

"Some of you, friends, appear keen to see my end... My request to you is that please refrain from that. It is deplorable and I register my strong protest at that," he said.

Mani is a powerful party functionary in upland Idukki, Kerala's leading plantation district where estate unions are vital components of all parties. Mani had headed CPI-M's district unit for over two decades and has been a state committee member for long.

His earlier speech that the party had allegedly eliminated political foes had hugely embarrassed CPI-M in Kerala, at a time when it was on the defensive in the wake of the murder of Marxist rebel and RMP leader T P Chandrasekharan.

The CPI-M had then distanced itself from Mani and he was openly censured after making it clear that physically annihilating political opponents was not its policy.

However, based on that controversial speech, police registered a criminal case against him and some other district functionaries of CPI(M) and launched a fresh investigation in the past cases of political murders. 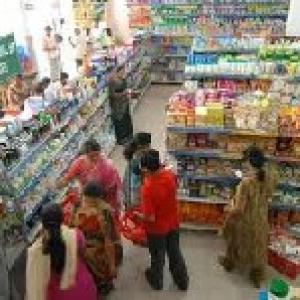