Top leaders of political parties were on Thursday briefed by the government about the surgical strike carried out by the army on terror launching pads across the Line of Control to foil plans of terrorists to target some Indian towns.

Information and Broadcasting Minister M Venkaiah Naidu said after the hour-long meeting that all political parties unanimously supported the army action, which was carried at 5-6 important places across LoC along Kupwara and Poonch in Jammu and Kashmir at an altitude of 6,000 feet and some of these terror launch pads were destroyed.

"The home minister explained the all-party meeting about the surgical strike which was carried out by the army to foil attempts by terrorists to carry out attack not only in Jammu and Kashmir but some other important towns," he told reporters.

The army action came in the aftermath of terror attack in Uri on September 18 in which 19 soldiers were killed.

Naidu said the terrorists had carried out strike from these launching pads and they had plans to do the same in future too.

"The government and the army had reports that the terrorists had plans to infiltrate again and create havoc in Jammu and Kashmir and some other places," he said.

After the successful operation, the Army personnel had returned to their respective bases without suffering any casualty, he said adding further details would be available later.

The minister said Representatives of the Congress, the Nationalist Congress Party, the Communist Party of India-Marxist, the Bahujan Samaj Party, the Shiv Sena, the Lok Janshakti Party and Telugu Desam Party complimented the Indian Army action and assured the government of their support in any action in future.

Those who attended the meeting include Ghulam Nabi Azad from the Congress, NCP Chief Sharad Pawar, Sitaram Yechury of the CPI-M, Satish Chandra Mishra of the BSP and LJP Chief Ram Vilas Paswan.

Naidu said the surgical strike was carried out as Pakistan was not mending its ways and testing India's patience. Director General of Military Operations Lieutenant General Ranbir Singh briefed the all-party meeting.

The all-party meeting was convened to inform political parties across the board of the action taken by the army.

Chief Ministers of various states, including Jammu and Kashmir, were also briefed about the latest development. Just before the all-party meeting, Swaraj had met Congress chief Sonia Gandhi on the development.

With Thursday's action, Naidu said Pakistan should realise that India would no longer tolerate incidents like Uri in future.

"Our neighbour is aiding, abetting and funding terrorism," the minister said.

He also said the entire country is very happy with today's action undertaken under the leadership of Prime Minister Modi.

Responding to a question on Pakistan denial of Indian action in PoK, Naidu said "what else can they say."

In a series of tweets, Rajnath Singh, who chaired the all-party meeting, congratulated the army on successful counter terrorism operations against terror groups and their launching pads.

"We are proud of our armed forces. They have once again exhibited exemplary courage and valour by destroying the anti India designs. I also congratulate the Prime Minister on taking a bold decision and showing true grit and mettle in crucial times," he said.

Leader of the Opposition in the Rajya Sabha Ghulam Nabi Azad that they congratulated the army for the "very good, successful operation".

"We have been told that there were heavy casualties on the other side and there was no harm to our soldiers and they returned back safe. We will support all action of the security forces so that terrorism comes to an end and Pakistan does not support any terror activity from its soil," he said.

Yechury said that his party supported the Army action but felt that military action is not the answer and talks should resume between the two neighbours.

IMAGE: Home Minister Rajnath Singh chairs an all party meet to brief about surgical strikes by the Indian Army on terrorists launch pads along the LoC, in New Delhi. Photograph: PIB 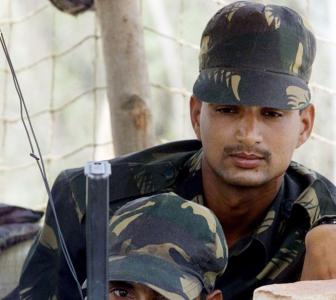 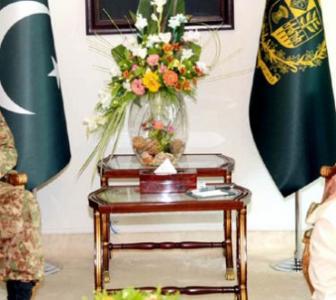 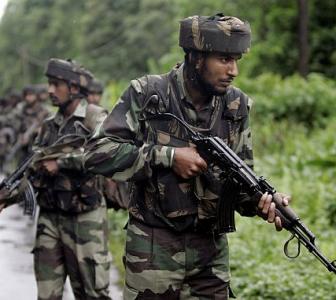 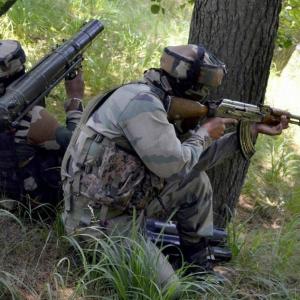 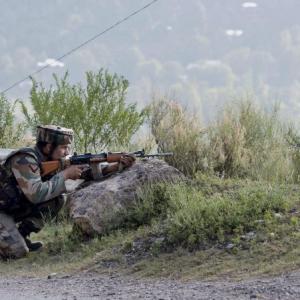