100 policemen, anti-riot vehicle to guard Rahul in UP

Source: PTI
January 18, 2011 17:55 IST
Following a security breach during Congress general secretary Rahul Gandhi's earlier visit to Uttar Pradesh, close to a hundred policemen and a vehicle armed against riots escorted him when he arrived in Lucknow on Tuesday on a two-day visit.

The Centre has sought a report from the Uttar Pradesh government on the reported security breach of Rahul Gandhi during his recent visit to Allahabad.

The Samajwadi Party's youth wing activists, who staged a demonstration in Allahabad on January 10 to protest against Gandhi's visit, attempted to breach the security by jumping in front of his vehicle.

Rahul Gandhi is expected to attend a two-day coordination committee meeting of the state Congress beginning on Tuesday to decide the party's strategy for the Uttar Pradesh assembly polls scheduled next year.

"The party's strategy for the assembly elections due in 2012 would be chalked out in the state coordination committee meeting starting from today, which will be attended by party general secretary Rahul Gandhi," said Uttar Pradesh Congress Committee president Rita Bahuguna Joshi.

Joshi further said the report submitted by the party observers, who had been testing the political pulse of the state for the last few months, would also be discussed at the meeting.

"Deliberations would also be held on the law and order situation in Uttar Pradesh, economic issues and implementation of central schemes. A detailed report on the misuse of funds allocated for centrally sponsored schemes by the Mayawati government will be presented at the meeting," she added.

Criticising Chief Minister Mayawati over the Rs 4000 crore projects announced by her on her birthday, Joshi said two-thirds of funds for the projects had been provided by the Centre for other schemes.

She also asked Mayawati to release a white paper on the status of schemes announced by her earlier.

"At a time when the law and order situation in the state had touched a new low, it was indecent and unjust for the chief minister to celebrate her birthday with such fanfare," said Joshi. 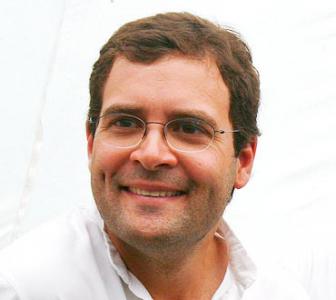 Centre to take up Rahul's security breach with UP