The telecast was viewed by 197 million Indians, higher than the Indian Premier League final -- which was watched by 133 million, reports Sohini Das. IMAGE: A man wearing a mask watches Prime Minister Narendra Modi's address to the nation declaring a 21-day lockdown to stop the spread of COVID-19 in Kolkata. Photograph: ANI Photo

The March 24 evening saw 197 million Indians tune into their television sets to listen to the prime minister’s address when he announced a 21-day lockdown in the country to check the spread of the COVID-19 pandemic.

The event was telecast by 201 channels, the biggest ever news event in the country, the latest Broadcast Audience Research Council-Nielsen report showed.

Prime Minister Narendra Modi’s address had more unique viewers than the Indian Premier League final, which was watched by 133 million. It also surpassed the PM’s March 19 address when he proposed a janata curfew (83 million viewership).

The lockdown announcement was almost four times of the PM's demonetisation speech, which had 57 million viewers tuning in, the report showed. The BARC is the TV audience measurement body.

The COVID-19 pandemic has also spiked television viewership on expected lines. With billions confined to homes, the average daily television viewers grew by 32 million, with each of the 592 million watching TV daily for 3.51 minutes.

BARC has compared the data between pre-COVID-19 period (January 11 to January 31) and COVID-19 period (March 14 to March 20). During this period, the weekly viewing minutes jumped 8 per cent, while average daily reach increased 6 per cent and daily average time spent per user jumped 2 per cent. The Hindi-speaking market saw the sharpest jump of 10 per cent in viewing minutes.

With no fresh content (episodes) being created, the GECs are the worst hit in the COVID-19 crisis. These channels have seen a five per cent drop in daily average time spent. Amongst genres, news has seen the strongest jump, 17 per cent rise in daily ATS, while kids (11 per cent) and movies (4 per cent) come in next. Sports has a genre has suffered the most with no new content at all, a drop of 56 per cent in daily ATS.

BARC India Chief Executive Sunil Lulla said news as a genre had seen an increase in ad insertions. Overall, there has been a 13 per cent rise in advertising free commercial time. The highest spike came in social advertising (147 per cent), followed by banking (47 per cent), food and beverages (36 per cent), and services (22 per cent). 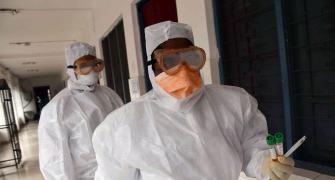 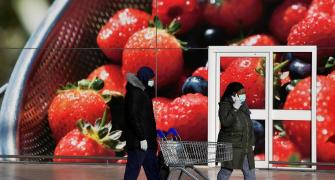 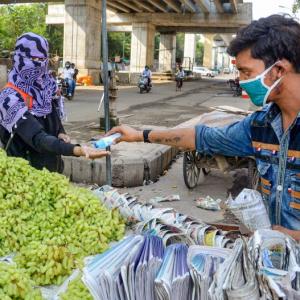