Prime Minister Narendra Modi on Saturday urged people to cast votes in record numbers as polling began in the morning for the first phase of assembly elections in West Bengal and Assam. 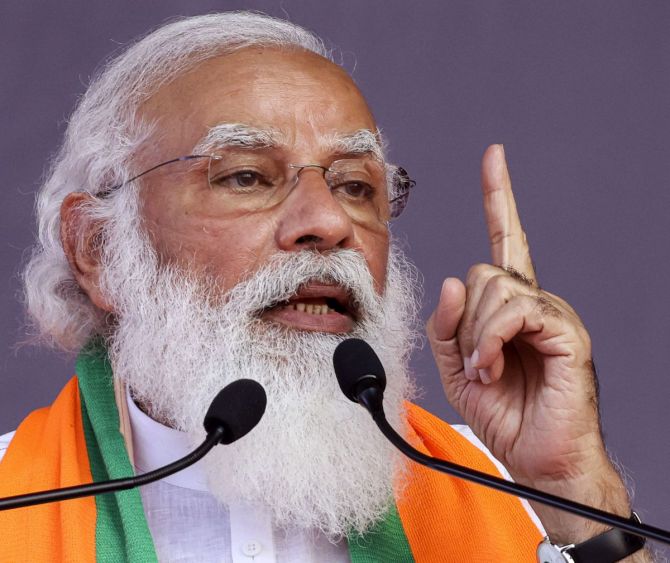 "The first phase of elections begin in Assam. Urging those eligible to vote in record numbers. I particularly call upon my young friends to vote.

"Today, Phase 1 of the West Bengal Assembly elections begin. I would request all those who are voters in the seats polling today to exercise their franchise in record numbers," he tweeted.

The Bharatiya Janata Party hopes to retain power in Assam and defeat the ruling Trinamool Congress in West Bengal.

Assam and Bengal will have three-phase and eight-phase elections, respectively.

The counting of votes will be on May 2.