Prime Minister Narendra Modi will visit Gujarat and Diu on Wednesday to personally review the situation there and the damage wrought by cyclone Tauktae, government sources said. 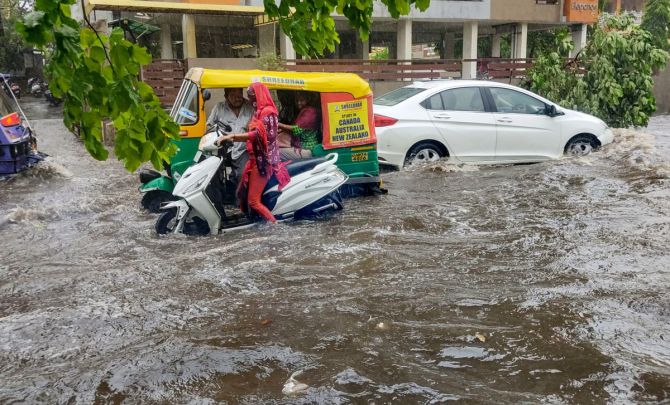 IMAGE: Commuters try to wade through a flooded road after heavy rainfall due to cyclone Tauktae in Ahmedabad. Photograph: PTI Photo

He will leave Delhi at around 9:30 AM and land at Bhavnagar from where he will proceed for an aerial survey of Una, Diu, Jafarabad and Mahuva, they said.

Modi will also hold a review meeting at Ahmedabad.

At least seven people were killed in Gujarat as the cyclone battered parts of the state and left behind a trail of destruction along the coast, uprooting electric poles and trees, and damaging several houses and roads, officials said on Tuesday.

After reviewing the situation, Gujarat Chief Minister Vijay Rupani told reporters that despite such a high-intensity cyclone hitting the state, his government has managed to prevent any major loss to life or property as over two lakh people were already shifted to safer places. 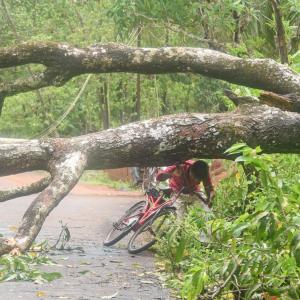 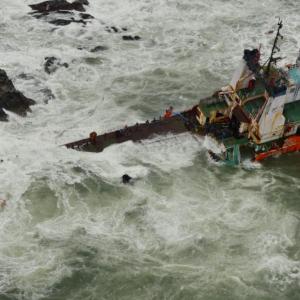