News
Business
Movies
Sports
Cricket
Get Ahead
Money Tips
Shopping
Sign in  |  Create a Rediffmail account
Rediff.com  » News » Modi, Shah, MP/MLAs above 50 yrs likely to be vaccinated in Round 2

Modi, Shah, MP/MLAs above 50 yrs likely to be vaccinated in Round 2

Elected representatives above 50 years of age are likely to be vaccinated against COVID-19 in the second round of the ongoing inoculation drive after over three crore healthcare and frontline workers are vaccinated in the first round. 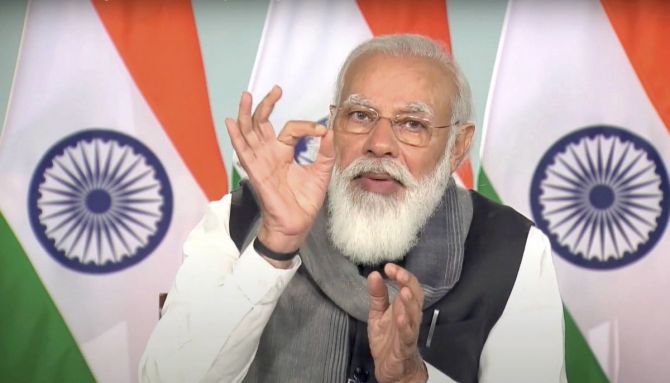 Prime Minister Narendra Modi, most of his Cabinet ministers, including Rajnath Singh, Amit Shah and Nitin Gadkari, a majority of chief ministers and top-rung leaders of all political parties besides MPs and MLAs fall in this category.

A government source, however, insisted that there is no specific timeline for the vaccination of top politicians.

The prime minister in his interaction with chief ministers before the nationwide rollout of the vaccination programme had asked politicians to not jump queue as the first round of inoculation is meant for healthcare and frontline workers.

Modi had also said that the turn of those over 50 years of age besides those younger but living with comorbidities will come after that, sources noted.

Though the government has given no timeline, Modi had said on January 11 that 30 crore people, including those above 50 years of age, will be vaccinated in the next few months.

The vaccination programme was launched by him on January 16. 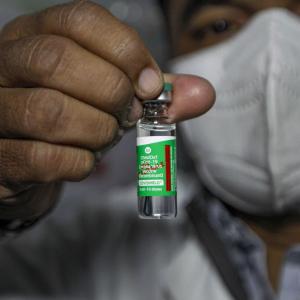 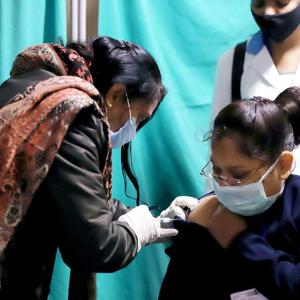