Maharashtra Navirman Sena chief Raj Thackeray on Thursday condemned the attack on Agriculture Minister Sharad Pawar and said the Prime Minister and not Pawar should be blamed for price rise.

Thackeray said that people in the state "would naturally get furious" over the incident and sought to know how Pawar's security was breached by the attacker.

Maharashtra Legislative Council Chairman Shivajirao Deshmukh said "the attack on Pawar was a blot on democracy."

Leader of Opposition in Legislative Council Pandurang Phundkar termed the attack as unfortunate. Samajwadi Party MLA Abu Azmi described the incident as "very sad" and sought stringent action against those involved in such attacks.

Maharashtra Youth Congress President Vishwajeet Kadam said the people were saddened by the assault. "Pawar is a senior leader and it is a very unfortunate incident."

Condemning the attack, Union Minister and NCP leader Praful Patel said, "The government has asked the police and other agencies to investigate. It is not a question of attack on Pawar but I think it is an attack on democracy.

"It is completely condemnable. No party or political leader can accept such things. Today it is Pawar, tomorrow it can be somebody else. We have a vibrant democracy and people express their view through ballot and not through bullets or some kind of other mechanism."

Patel said, "We expect that tomorrow, when Parliament convenes, all political parties come together and pass a resolution condemning such attacks and expressing their complete faith in democracy."

"We need to be governed through institutions. Their breakdown will not help India's democracy. Intolerance outside parameters of law or democracy is dangerous. Rule of law must prevail and prevail equally for everybody." 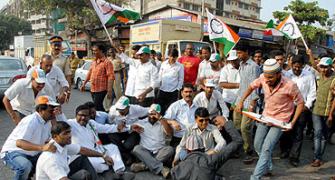 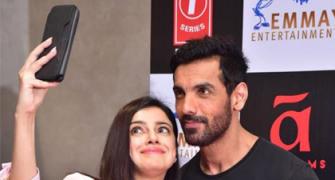