Prime Minister Manmohan Singh on Monday met eminent social activist Anna Hazare and other activists who are spearheading the initiative 'India Against Corruption'.

The activists told the PM that the country expected meaningful reforms to tackle corruption in public life.  "I appreciate and share your concerns on corruption," the PM assured the group, which also comprised Kiran Bedi and Swami Agnivesh.

The representatives of India Against Corruption also presented the PM a draft of their proposal on the Jan Lokpal Bill to fight the menace of corruption. Dr Singh suggested that a sub-committee of the Group of Ministers could interact and discuss the draft of the bill with the activists. The PM also told them that the government will engage with the civil society to address its concerns over corruption.

Hazare had planned to go on an indefinite fast in New Delhi to demand the implementation of the Lokpal Bill. The Prime Minister's Office has then reportedly invited Hazare and other anti-corruption activists to discuss the issue.

Dr Singh requested Hazare not to carry out his threat of going on a fast.

Law Minister Veerappa Moily was present at the meeting between the PM and the members of the initiative. 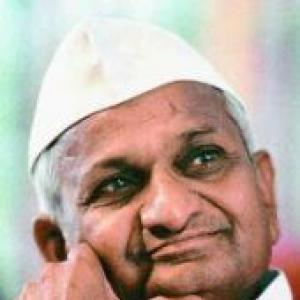 I am still the CVC, says defiant Thomas