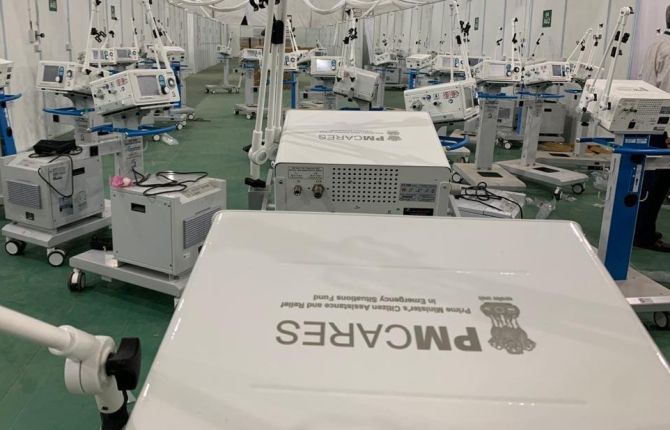 The statement was made by the Solicitor General Tushar Mehta, appearing for the Centre, before a bench headed by Justice Ashok Bhushan which reserved its order on one of the prayers of the public interest litigation, filed by NGO Centre for Public Interest Litigation (CPIL), seeking a direction that all the money collected under the PM CARES Fund for the COVID-19 pandemic should be transferred to NDRF.

The Centre on March 28 had set up the Prime Minister's Citizen Assistance and Relief in Emergency Situations (PM CARES) Fund with the primary objective to deal with any kind of emergency situation like the one currently posed by the COVID-19 outbreak and provide relief to those affected.

During the hearing, the solicitor general told the bench, also comprising Justices S K Kaul and M R Shah, that the PM CARES Fund is a 'voluntary fund' while funds to the NDRF and SDRF are made available through budgetary allocations.

"It is a public trust. It is a body where you can make voluntary contributions and no budgetary allocations to the NDRF or SDRF are being touched. What has to be spent will be spent," the law officer said, adding that no law has been violated.

Senior advocate Dushyant Dave, appearing for the petitioner NGO, said they are not doubting the bona fide of anyone but the creation of the PM CARES Fund is allegedly in contravention of provisions of the Disaster Management Act.

He claimed that an audit of the NDRF is being conducted by the Comptroller and Auditor-General (CAG) but the government has said the audit of the PM CARES Fund will be done by private auditors.

Dave questioned the validity of the PM CARES fund and alleged that it was a 'fraud on the Constitution'.

Senior advocate Kapil Sibal, appearing for another party, said that all CSR contribution benefits are given to the PM CARES Fund and they are denied to the state disaster relief funds and 'these are very serious issues which need to be looked into'.

Mehta said that a national plan was prepared in 2019 and that had included the ways to deal with the 'biological disaster'.

"That time no one knew of COVID. It is biological and public health disaster plan which is part of national plan.

"So this contention that there was no plan is factually wrong," he said, adding that the plan to tackle such disasters changes with the need.

"We cannot have a constant and static plan and needs to be updated from time to time," the law officer said.

Dave, however, said a 'special plan' must be brought for the COVID to ensure a coordinated approach to deal with its challenges.

On June 17, the apex court had asked the Centre to file its response on the plea, which has sought a direction that all the contributions made by individuals and institutions for the COVID-19 pandemic should be credited to the NDRF, rather than to the PM CARES Fund.

The PIL had alleged that the Centre has been 'refraining from divulging information about the specific utilization of crores of rupees that have been contributed to the PM CARES Fund till date'.

It had also sought a direction for the government to prepare, notify and implement a national plan under the Disaster Management Act to deal with the COVID-19 pandemic.

Besides this, the top court also heard briefly the case related to plights of migrant workers which was taken note on its own earlier.

The Solicitor General on Monday told the court that one crore people have been shifted to their native places.

He said that now businesses have restarted and such matters should be heard by the high courts concerned.

The top court, on May 28 and on later dates passed a slew of directions for the welfare of stranded workers including asking the states not to charge any fare from the returning workers. 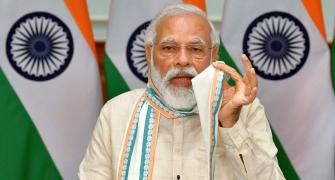 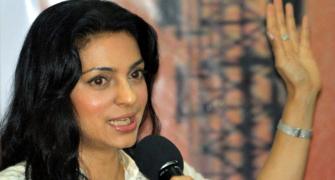