Graphic visuals of violence and the distressing conditions in which the displaced people are living have further inflamed public opinion in some countries, reports Shubha Singh.

Earlier it was regional neighbours, Indonesia and Malaysia, both fellow members of ASEAN, who voiced critical comments. They were later joined by Saudi Arabia, Egypt and Pakistan in criticising the Myanmar government's handling of the violence against the Muslim minority.

The Rohingya issue has caught international attention and it is likely to be discussed in the special meeting of the OIC (Organisation of Islamic Conference), called by Saudi Arabia King Abdullah in Mecca later this week. The situation in Syria and the Myanmar Rohingya issue is expected to top the agenda of the Islamic Solidarity Summit.

Reports of the conditions of the Muslim minority after the violent attacks by the Buddhist majority community have caused deep concern among Islamic nations. Graphic visuals of the violence and the distressing conditions in which the displaced people are living have further inflamed public opinion in some countries.

Reports that Buddhist organisations and groups of monks were preventing distribution of humanitarian relief have added to the anger. Taliban groups in Pakistan were reported to have threatened to attack Myanmar interests to avenge the crimes against the Rohingya Muslims if Pakistan did not cut off all relations with the Myanmar government and close down its embassy in the country.

The growing anger at the treatment of the Rohingyas in Myanmar had its impact in India as well. The demonstration planned for Saturday at Azad Maidan in Mumbai, which ended in violence against the media and police that claimed two lives, was meant to protest the violence against Muslims in Assam as well as the killings of Rohingya Muslims in Myanmar.

Two delegations have visited Myanmar in the recent days; an OIC delegation and a Turkish delegation headed by the Turkish Foreign Minister Ahmet Davutoglu. The delegations called on Myanmar President Thein Sein and visited the displaced people living in refugee camps.

The delegations sought permission for Islamic humanitarian organisations to provide assistance to the distressed Rohingyas.

The Myanmar government has sought to counter the spate of criticism it has faced by issuing a press release last week totally rejecting "the attempts by some quarters to politicise and internationalise the situation as a religious issue."

The government further insisted that the "incidents of violence were neither because of religious oppression nor discrimination." Myanmar government officials have claimed that rights groups were providing exaggerated figures for those killed and displaced by the violence.

According to Rajiv Bhatia, former Indian ambassador to Myanmar, "The Rohingya problem and the way it has been developing, reflects the seriousness and complexity of the problem in Myanmar's politics. It is clear that the ethnic minority issue will have to be addressed by the political leaders of the country."

Violence had erupted between the Rohingya ethnic minority and the majority Buddhist community in June this year. Several thousands of Rohingya fled their homes after the massacre and sought refuge at border camps in neighbouring Bangladesh. Bangladesh which hosts thousands of Rohingya migrants in border camps, sought to push back the new migrants. Criticism of the Myanmar government built up slowly as governments in the region and activist groups criticised the government for not protecting the Rohingya from the violence and not providing sufficient assistance to the displaced people. Bangladesh had also come under criticism for not accepting the Rohingya fleeing from violence.

Myanmar, which had faced economic isolation due to an international boycott by the west, was slowing coming out of the isolation as its government began loosening controls, making democratic reforms and releasing political prisoners. But the violence in June focused attention on the plight of the Rohingyas. The Myanmar authorities classify the Rohingya community as illegal settlers from Bangladesh though the Muslim minority has lived in Myanmar for generations. They were deprived of citizenship under the Citizenship regulations of 1982 and their lives and activities are restricted with no access to jobs.

The Rohingya issue has grown into what was described as "a major setback for the Myanmar government" by an Indian official. The government will have to learn to handle the issue diplomatically. As it opens to the outside world it will have to reassure the global community of its intention of building an equitable society, resolving the issues with its tribal groups and ethnic minorities.
Shubha Singh
Related News: Myanmar, OOrganisation of Islamic Conference, Rohingya Muslims, Muslim, ASEAN
Print this article
UK offers help to end violence in Myanmar
Games organisers to investigate empty seats 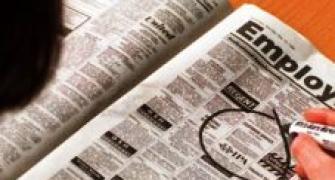 What is causing Muslim radicalism?