'Not gangster': Plea to produce Umar Khalid in handcuffs rejected

A court in Delhi turned down a plea of Delhi Police to produce former Jawaharlal Nehru University student Umar Khalid and activist Khalid Saifi in handcuffs before trial courts, noting that “they are not gangsters”. 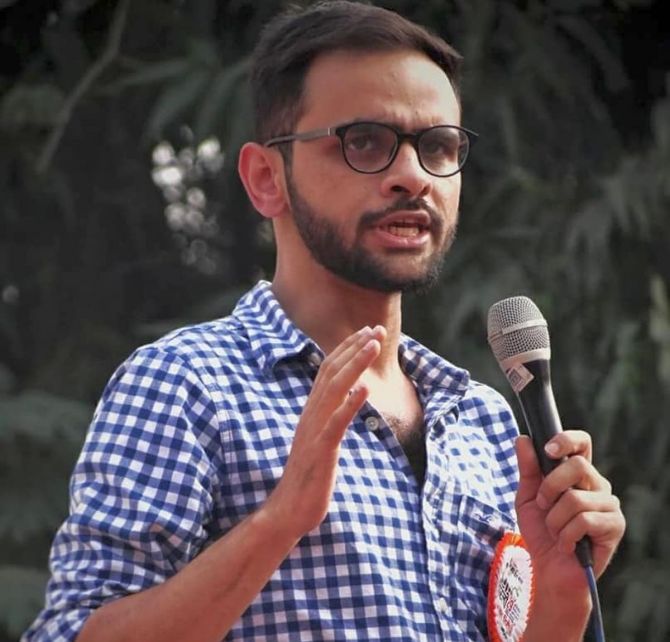 The plea application which came up for hearing before Additional Sessions Judge Vinod Yadav sought to produce the 2020 Delhi riots accused in “handcuffs in both hands from back side”, contending that they are “high-risk prisoners”.

The judge dismissed the plea observing that it is devoid of merits and filed in a mechanical manner and without application of mind by the high echelons of the Delhi Police and prison authority.

“The accused persons, who are sought to be produced in fetters and handcuffs, are admittedly not previous convicts. They are not even gangsters,” the Additional Sessions Judge stated in an order dated June 5.

He further said that the plea is not required at this stage as the accused are not being produced in the court physically due to the COVID-19 pandemic.

The judge also noted the replies submitted by the Superintendent of Mandoli and Tihar jail, Additional DCP (Special Cell) and DCP of third battalion of Delhi Police, on the plea.

The DCP told the court that in the aftermath of an attempt made by armed assailants to free an undertrial prisoner at GTB Hospital, the police had decided to request the court for permission to handcuff high-risk prisoners who are prone to escape.

“As part of the exercise, the current application for handcuffing UTPs Umar Khalid and Khalid Saifi was moved for the consideration of Hon'ble Court,” the senior police officer stated in a reply submitted to the court on April 26.

However, in the reply given by the Additional DCP of Special Cell, it was stated that no such application seeking to produce both the accused in handcuffs, was filed before any court or other authority.