Source: PTI
June 23, 2010 18:26 IST
A Kingfisher Airlines flight from Srinagar to Delhi was on Wednesday diverted to Jaipur where 28 passengers on board, including a Jammu and Kashmir minister and his family members, were allowed to deplane. The move came under attack from other passengers, who said it was done to facilitate the VIP for his pilgrimage to Ajmer.

The airlines flatly rejected the charge as 'absolutely untrue', saying the flight had to be diverted to Jaipur on account of 'VIP movement' at the Delhi airport and the Anti-Terrorism Squad congestion over it.

Flight IT-353, scheduled to depart at 2.40 pm, took off from Srinagar after about an hour's delay and landed at Jaipur at approximately 5.30 pm.

When it approached Delhi, the pilot reportedly announced that there was congestion at the Delhi airport and that he was running short of fuel.

Some passengers claimed that this was done at the behest of Jammu and Kashmir Health and Agriculture Minister Javaid Ahmad Dar, who was scheduled to visit the dargah in
Ajmer.

The flight took off for Delhi after an hour's halt in Jaipur, they said.  They also contended that this was against the rules as passengers cannot alight mid-way.

Reacting to the news, Kingfisher Airlines said, "It is absolutely untrue and we categorically deny this".

The flight had to be diverted to Jaipur on account of VIP movement at New Delhi
airport and ATC congestion over New Delhi airport.

Airline spokesman Prakash Mirpuri said there were 180 passengers and 8 crew members on board. Out of this, 12 passengers were booked to fly ownards with Kingfisher Airlines from New Delhi to Jaipur, their final destination.

"Because 12 of these guests on the flight from Srinagar to New Delhi had Jaipur as their original destination and were scheduled to fly with us. At their request, they were allowed to de-plane at Jaipur.

"In addition to this, there were 13 guests who were scheduled to travel by road from New Delhi to Kota and these guests too requested to be de-deplaned. Over and above this, three guests forming the VIP party also requested to be de-planed at Jaipur," he said.

Therefore, Mirpuri said, a total of 28 passengers were de-planed at Jaipur and the remaining 152 passengers travelled from Jaipur on the diverted flight back to New Delhi. The diverted aircraft arrived in Jaipur at 6.13 pm, from where it left at 7.04 pm and landed in New Delhi at 8 pm.

"I would like to emphasise that there is absolutely no violation if we allow any guest to get off at an alternative airport and the load sheet for the flight in question is amended accordingly," Mirpuri said.

The minister also denied that charge against him. He told a newspaper that he was not 'that influential' to get a plane diverted for his convenience. He said it was a mere coincidence that he had to visit Ajmer and the plane was diverted to Jaipur. 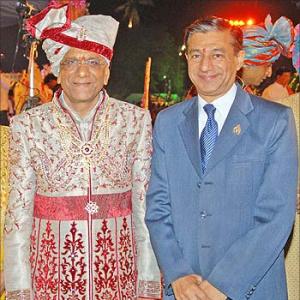