Uttar Pradesh chief Minister Yogi Adityanath Tuesday took a holy dip in the Sangam in Prayagraj along with many of his ministers after holding a unique Cabinet meeting at the Kumbh mela venue itself, officials said. 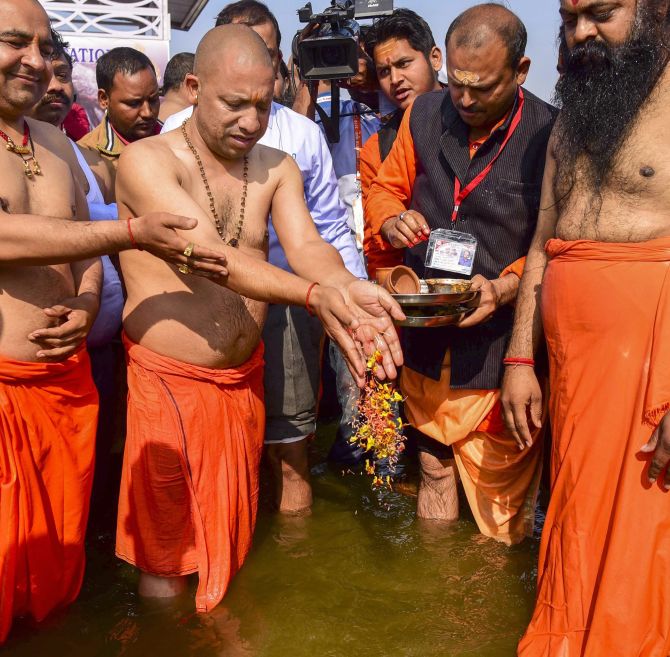 The ministers had travelled from capital Lucknow for the Cabinet meeting, held at the "integrated control and command centre" set up at the venue of the religious event where lakhs of people have congregated.

Officials said almost all ministers present at the meeting took the dip.

Uttar Pradesh has 25 Cabinet ministers including Yogi Adityanath besides several other ministers of state.

After the Cabinet meeting, the chief minister along with his ministerial colleagues Satish Mahana, Brijesh Pathak, Surya Pratap Shahi and Ramapati Shastri among others, performed a 'puja' and took the dip in the Sangam.

Many seers too took the dip along with ministers. 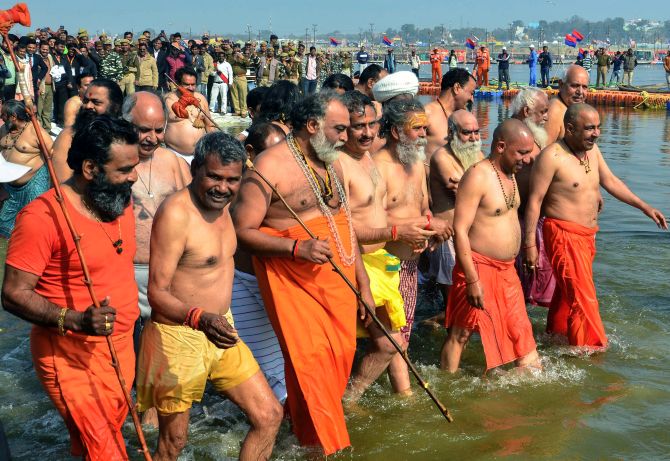 Earlier on his arrival, chief minister Adityanath visited the 'Letey Hanuman Temple' (the temple with the deity in a reclining posture) on the banks.

Adityanath and other ministers also had 'darshans' of "akshay vat" and saraswati koop" in Allahabad and posed for photographers at the 'selfie point' specially made at the Kumbh venue. 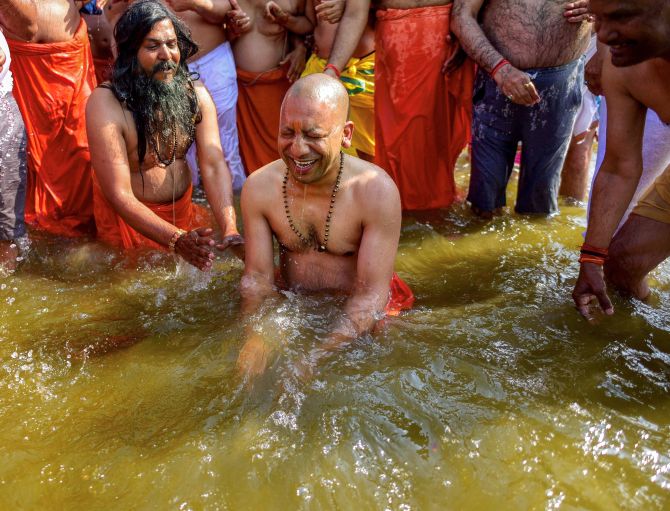 Several other politicians too visited the Kumbh, the prominent ones among them being Samajwadi Party president Akhilesh Yadav, who too a dip in the sangam on Sunday.

At the meeting, the BJP-led government approved the construction of a 600-km Ganga Expressway to better connect Allahabad -- now renamed Prayagraj -- to western Uttar Pradesh.

The state government said the expressway, which will cost Rs 36,000 crore, will be the longest in the world. 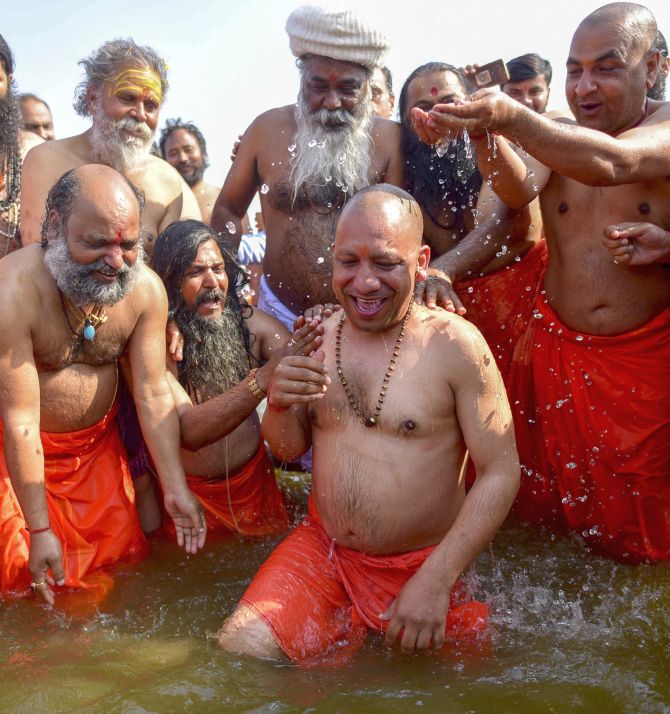 There are 25 cabinet ministers, including the chief minister, in the UP ministry which also has ministers of state.

Om Prakash Rajbhar, who represent a BJP ally Bharatiya Suheldev Samaj Party in the cabinet, kept away from the Prayagraj meeting, complaining that the issues related to the backward communities are being ignored.

Lakhs of devotees have been visiting the Kumbh Mela, which this time happens to fall just a few months before the Lok Sabha elections. 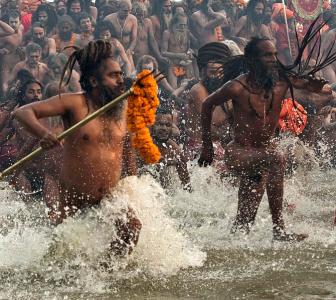 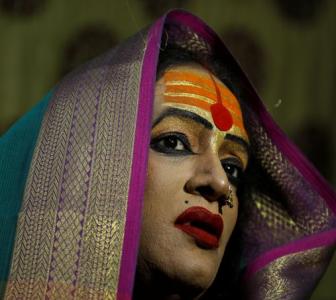 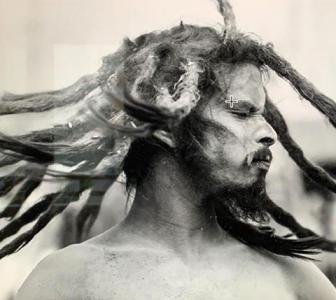 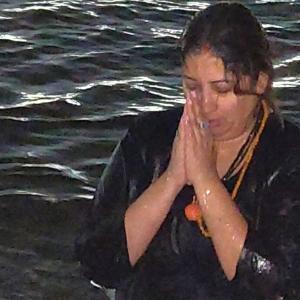