Doctors at the Bundi government hospital removed 116 iron nails, a long wire and an iron pellet from the stomach of a 42-year-old man in Kota. 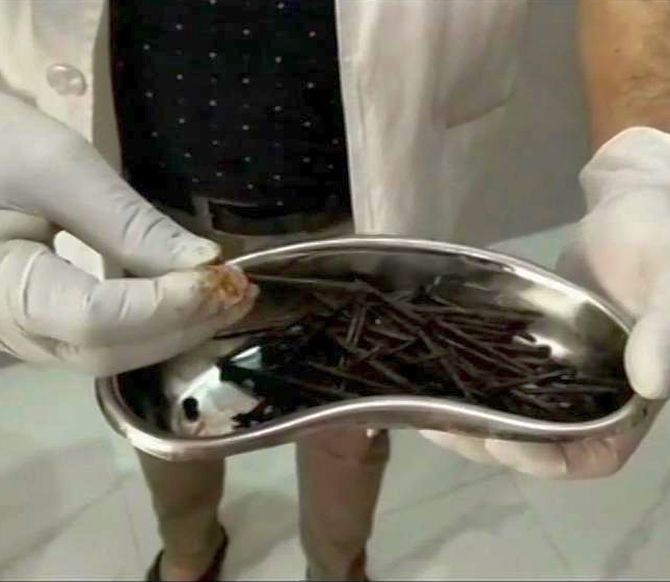 Dr Anil Saini, a surgeon at the hospital, said most nails measured 6.5 cm and it took an hour-and-a-half to remove the objects from the man's body.

"I was stunned after noticing the objects in his X-ray report after which I recommended for a CT scan. That, too, confirmed the same after which the patient was operated upon on Monday,” said Dr Saini.

The patient, identified as Bhola Shankar, had come for a medical check-up on Sunday following pain in the stomach for the last few days.

The condition of the patient is normal and he was speaking properly post operation, Dr Saini further said.

"However, he is not being able to narrate as to how he happened to swallow such a huge quantity of objects. The iron nails could have proved fatal if any of these had entered his intestine,” the doctor added. 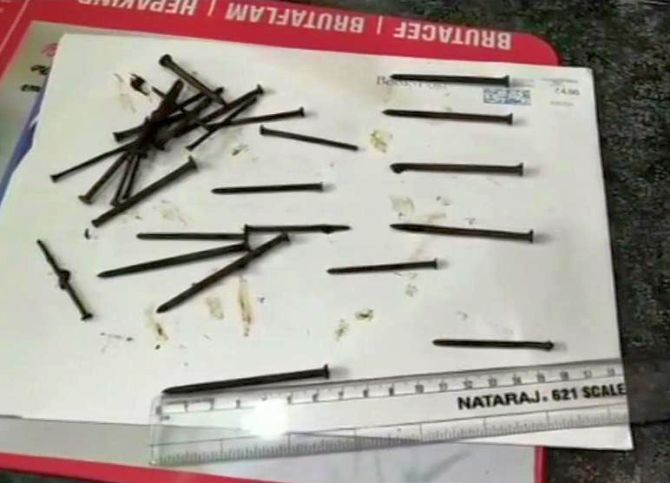 The patient worked as a gardener and his family members were also not able to tell as to how he swallowed the objects, the surgeon said.

The doctor said a similar case had taken place in Kolkata, where iron nails measuring 2.5 cm were removed from the stomach of a patient.

In July 2017, at least 150 needles and nails were also removed from the body of Badrilal, 56, a Bundi resident, at a Faridabad hospital.