The Epson International Pano Awards is an extraordinarily spectacular showcase for the world’s best photographic panoramas. With entries from over 70 countries, this year’s winning images serve up a sublime array of striking shots affirming the vivid immersive capacity of panoramic photography.

Take a look for stunning shots from the 2018 Pano Awards.

‘I shot this picture during one spring morning in 2017 in Tuscany. I remember that I had a 70-200mm lens attached to my camera, and the scene in front of me required a wide-angle lens. The sun was quickly rising upward and I decided not to miss this moment while replacing a lens, so I shot the scene through the panorama of several frames from my hand without tripod. Photograph: Veselin Atanasov/The Epson International Pano Awards

“Ever since first exploring the mountains here in Korea I have fallen in love with the bonsai-like pine trees clinging to the rocky peaks. This particular tree was always one of my favourites for its tall, regal shape and the fact that it stood alone right on the edge of a cliff. While it is beautiful year round, it looks particularly beautiful covered in just the right amount of frost and snow like I was luckily able to capture on this morning. At first, I was greeted by almost total white out conditions, but as I waited near this tree the fog began to move in and out just enough that the light was able to pour in and illuminate the tree and the surrounding fog in beautiful warm light. It was one of those moments where, thankfully, everything came together.” Photograph: Nathaniel Merz/The Epson International Pano Awards 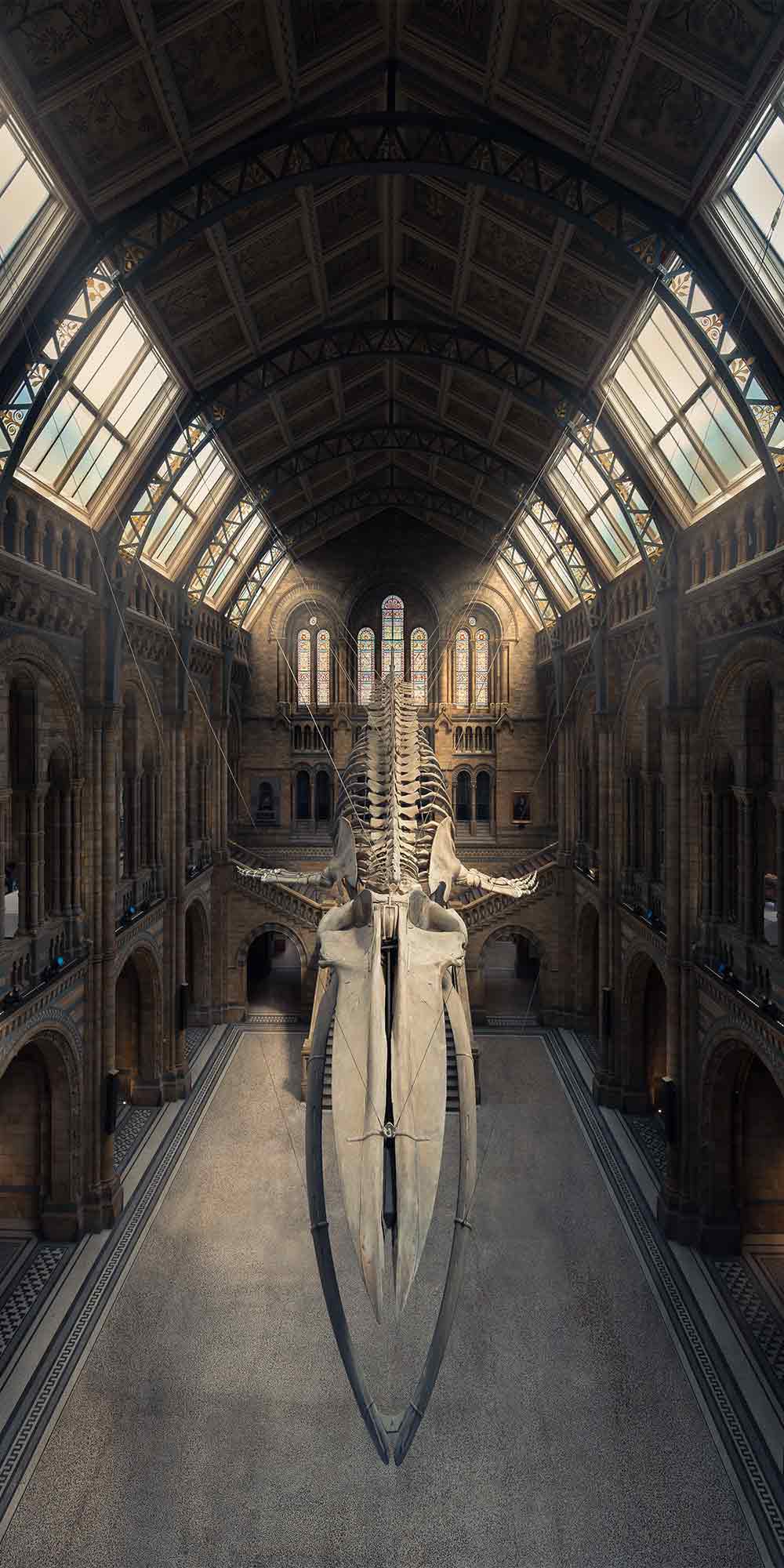 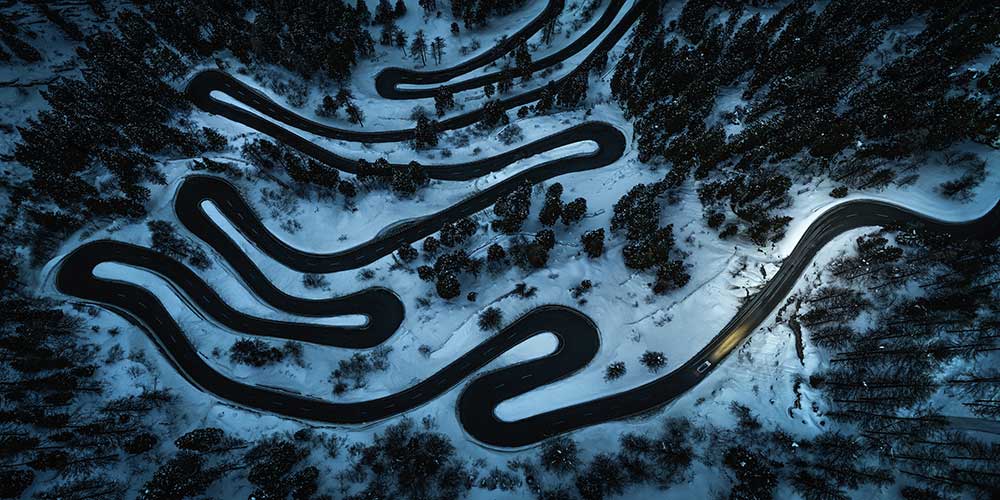 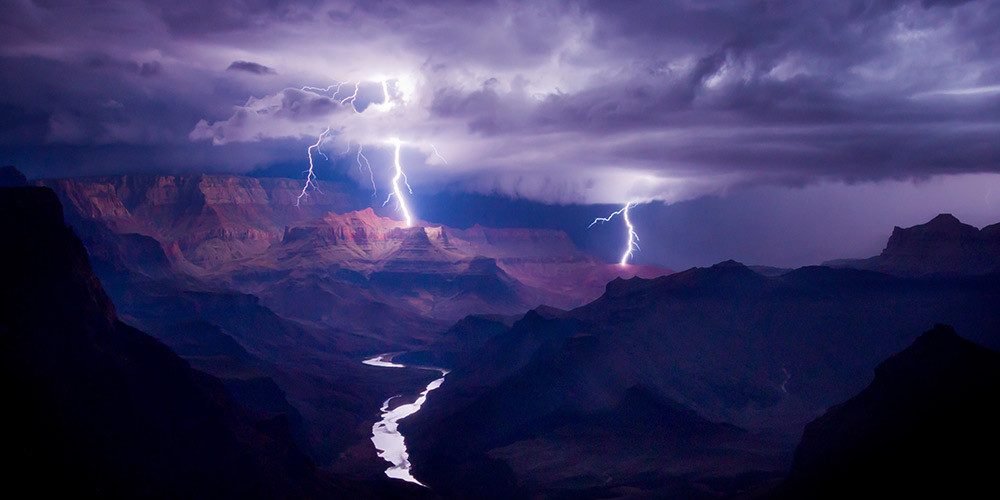 This image was the result of tenacious scouting, fanatic preparation, and luck when my plans and knowledge went out the window. Monsoon season is my favourite. The air breathes with energy and uncertainty. Blistering heat can turn to a freezing deluge in minutes. When I finally departed, my weather app predicted eighty percent chance for storms. After an hour on the road, the prediction dropped to sixty per cent. Another hour and sixty per cent dropped to forty. Four hours later a week of storms became a week of blue skies. The only moisture left was a tear welling in my eye. Out of anger and frustration, I changed my destination to the only area that seemed to have any clouds left. When I arrived, the sky was clear and I was defeated. Cooking dinner in a stupor, a flash would occasionally light the corner of my eye, but I dismissed it as wishful thinking. Then came another flash, and another. Slowly turning, my eyes traced the horizon. Fifty miles off, a lightning bolt reached out and down from a barely perceptible cloud. My breath caught. By one am, three storms surrounded me, each unleashing a bolt every 5-10 seconds. I shot on automatic and after hours of ecstasy I collapsed like a giddy toddler. Photograph: Colin Sillerud/The Epson International Pano Awards 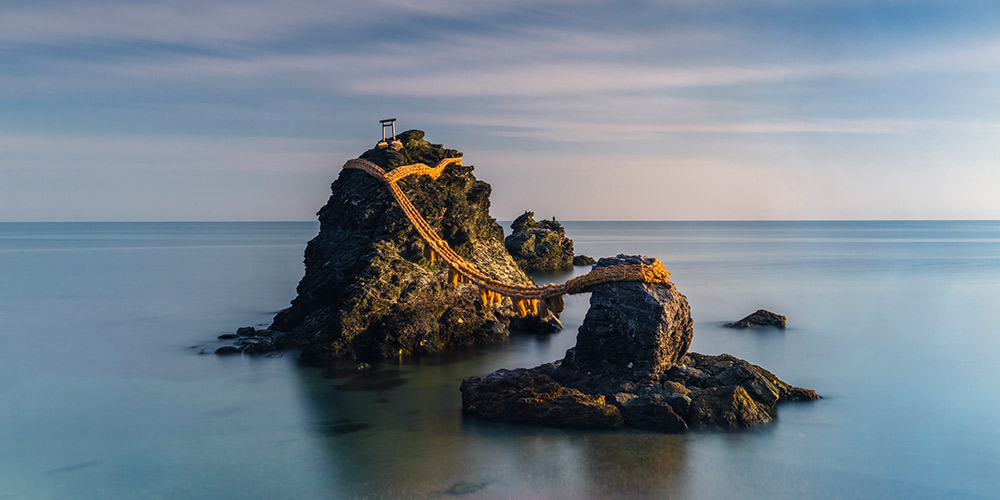 Meoto Iwa or Wedded Rocks is a pair of sacred rocks in the sea off Futami in Japan. The two rocks are joined together in matrimony by a sacred Shinto straw rope called a shimenawa. The larger of the two rocks represents a husband, while the smaller rock represents the wife. Many couples from Japan travel there to ask for blessing for their marriage. Earlier this year my husband and I went on a trip to Japan. And I had a vision of photographing Meoto Iwa at sunset (unusual time to photograph at this location), when last rays of sun lit up the rocks and the rope with golden glow. Using long exposure technique, I wanted the roughness of rocks to contrast with smoothness and softness of water. My image represents strength and union of two people thrown into life together: they have to make it through stormy days, calm days, rain, sun, changing seasons, years. Bigger rock shelters smaller rock from winds of open sea and small rock gets fully exposed at low tide, showing her “husband” a stable ground beneath them. They are beautiful on their own but together they create a perfect harmony. Just like in marriage two people complimenting each other, become one without losing their own identity. Photograph: Anastasia Woolmington/The Epson International Pano Awards 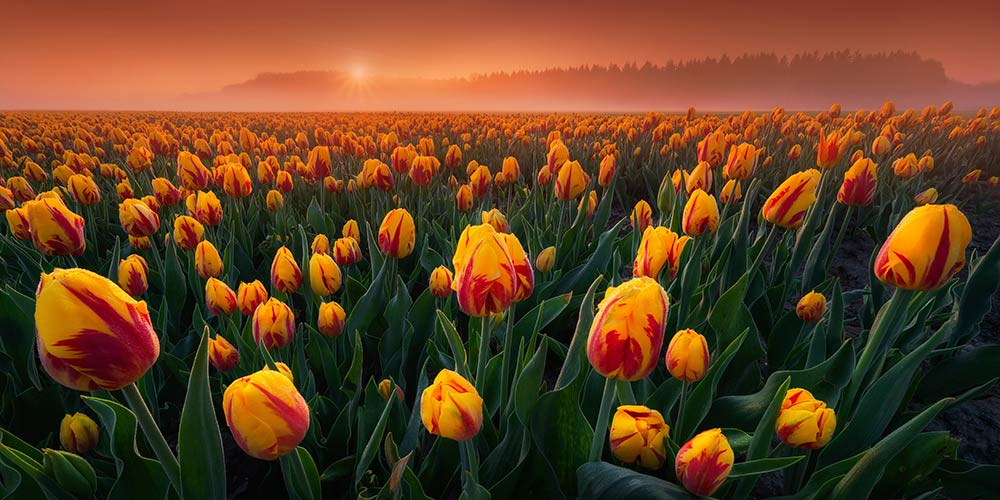 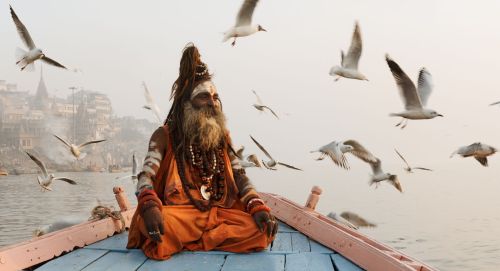