When undead monsters took to the streets around the world

Dressed up in zombie costumes wearing gory makeup, fans of these undead monsters have been participating in “zombie walks,” “zombie runs,” “zombie survival camps,” and even a “zombie pride day.” Participants usually meet in an urban centre and make their way around the city streets and public spaces in an orderly fashion.

Rediff.com brings you images from some of these zombie events held in Finland, Sydney, Athens, Curitiba, Massachusetts and many other places. Participants of the Zombie Walk Helsinki 2015 gather at a Helsinki park before marching in Helsinki, Finland. Photograph: Vesa Moilanen/Lehtikuva/Reuters 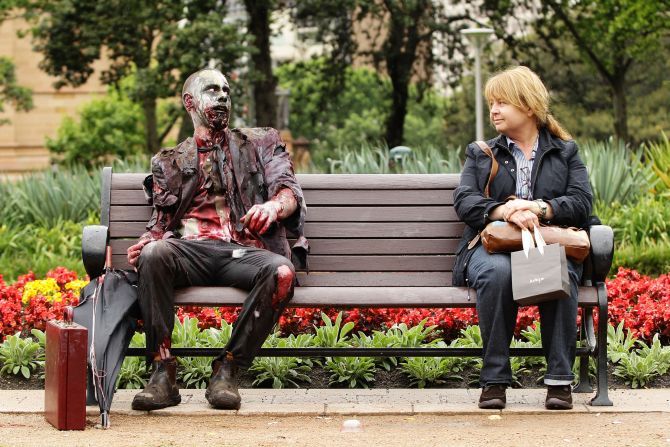 A man dressed as a zombie sits next to a woman on a park bench during the Sydney Zombie Walk on in Sydney, Australia. The Sydney Zombie Walk saw participants travel a route through the business district starting and culminating at Sydney's Hyde Park. Photograph: Brendon Thorne/Getty Images Revellers dressed as zombies interact with a traditional laterna player during an annual zombie walk in Athens. Photograph: Kostas Tsironis/Reuters 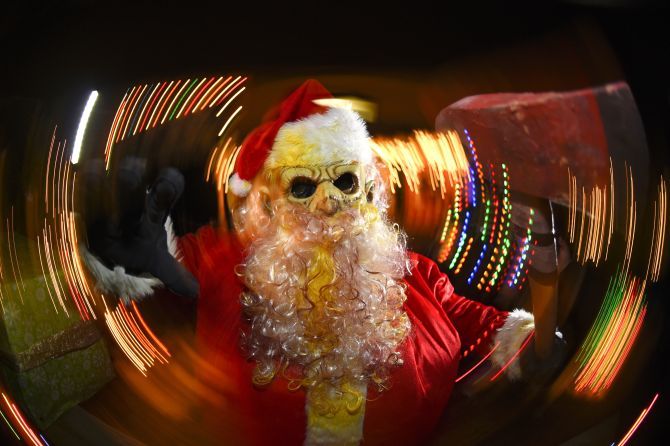 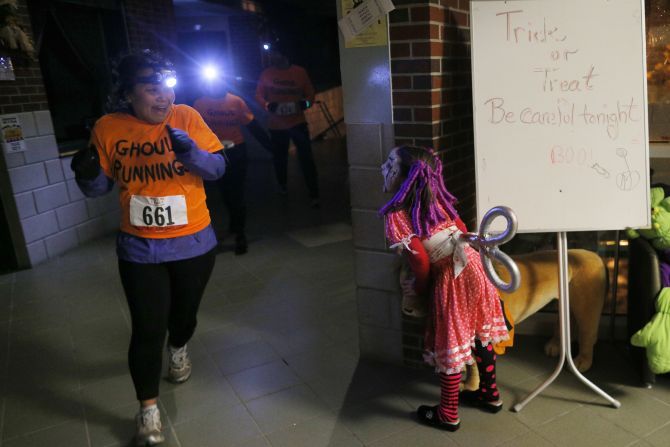 A young girl dressed as a zombie startles a participant along the course of the 5K "Panic in the Dark" obstacle run in Lowell, Massachusetts. Photograph: Brian Snyder/Reuters 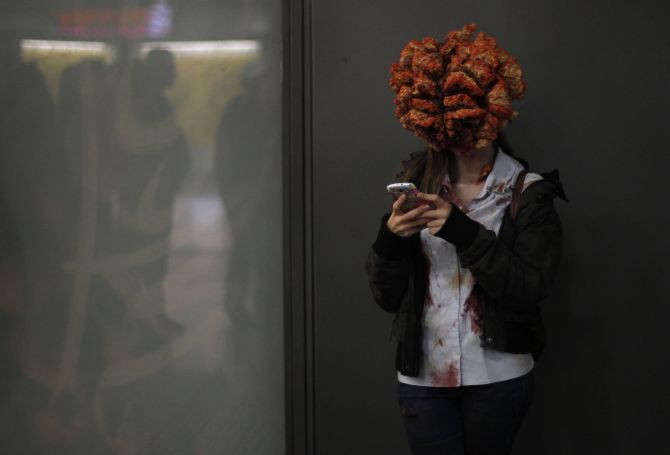 A reveller checks her mobile while taking part in a Zombie Walk in Essen Photograph: Ina Fassbender/Reuters 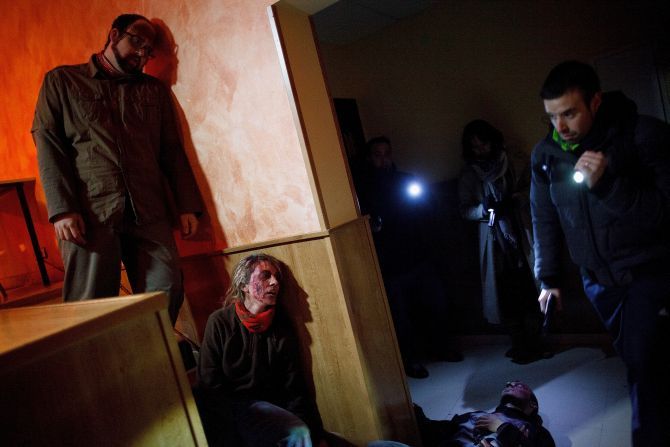 Zombies prepare an attack hiding in a corner as a competitor appears in front of them in the last stage of Zombie Survival contest at the Cultural House in Alameda de la Sagra, near Toledo, Spain. Photograph: Pablo Blazquez Dominguez/Getty Images A zombie charges at survivors in the "Survival Zombie" competition in Collado Villalba, outside Madrid. Photograph: Susana Vera/Reuters A woman dressed up as a zombie takes part in a night parade in the central avenue of San Jose. Photograph: Juan Carlos Ulate/Reuters A woman dressed up as a zombie poses for a picture during an event in New York. Photograph: Eduardo Munoz/Reuters Participants in the "Frankfurt zombie walk" wait for the start of the event outside the main train station in Frankfurt. Photograph: Kai Pfaffenbach/Reuters Makeup artists Kamila Wysocka and Alexis Jackson from Florida point at another costumed person as they eat dinner in their zombie makeup at ComicCon in New York. Photograph: Carlo Allegri/Reuters