Holy smoke! When Rs 2.5 crore Lamborghini went up in flames 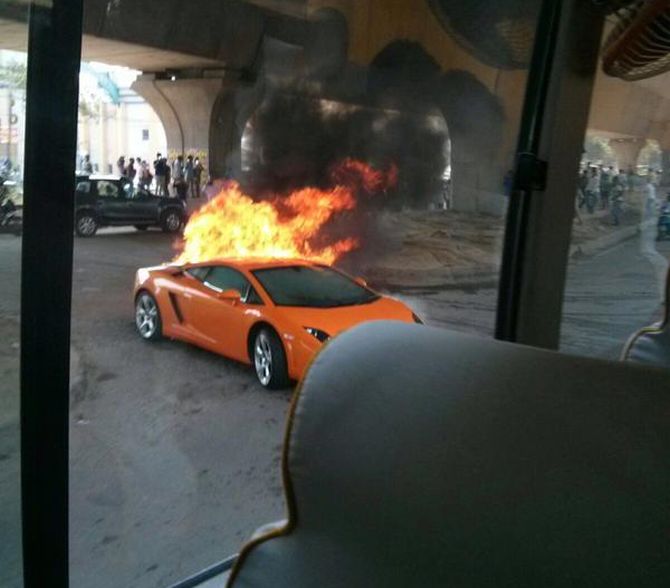 Fortunately, the driver of the Italian supercar managed to escape without a scratch after the car caught fire around 9 am under a flyover in Badarpur. Photograph: @Sanusays /Twitter 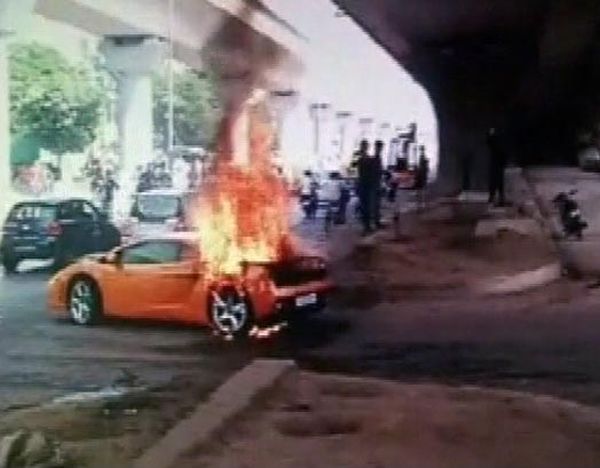 According to eyewitnesses, the fire suddenly began near the rear portion of the car. Police and fire brigade officials quickly rushed to the spot and put out the flames. The car has now been sent for analysis to figure out why it burst into flames. Photograph: ANI/Twitter 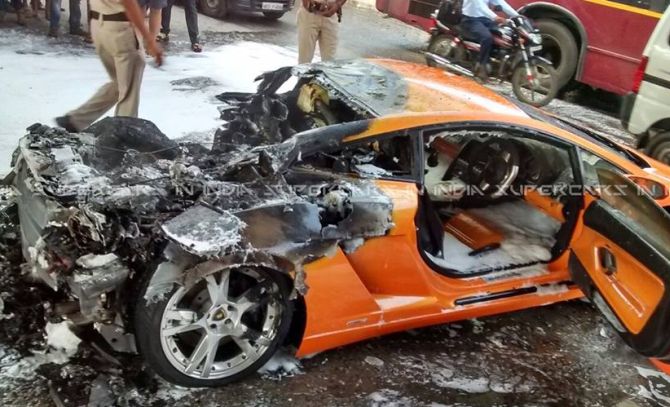 The Gallardo, which went out of production in 2013, is Lamborghini's best-selling car model with over 14,000 units sold worldwide in its 10 year production run. Photograph: Supercars in India/Facebook 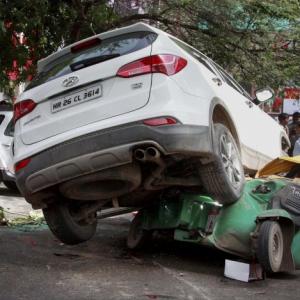 This is what happened in a daylight shootout in Gurgaon 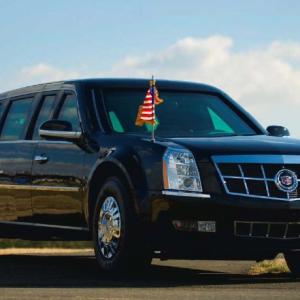