PHOTOS: Mumbai bowled over as William-Kate play cricket with Sachin

On a sultry afternoon at Mumbai’s famous Oval ground, cricket icon Sachin Tendulkar bowled what was probably his slowest delivery. 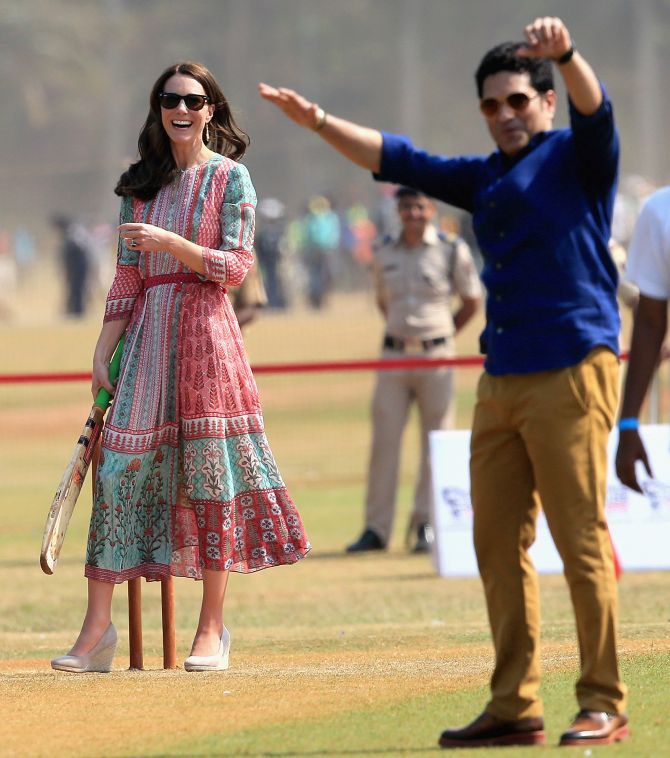 At the other end was Prince William, who began his visit to India on Sunday accompanied by his wife Kate. And the royal couple lost no time in charming their hosts with their warmth and graciousness.

The event was the first major public outing for the royal couple who earlier paid tributes to the 26/11 victims at Taj hotel.

After Tendulkar’s inaugural delivery, it was the turn of a school girl to bowl to the Duke of Cambridge. While he played that one, Prince William was caught on her second delivery. IMAGE: Kate looks effortless as she hits a ball during the game. Mind you, she's not in what you would call traditional cricket attire! Photograph: Mitesh Bhuvad/PTI

It was then the turn of Kate, the Duchess of Cambridge, who also faced a couple of slow deliveries.

Asked if the Prince had batted well, he said, “Of course, he ‘middled’ the ball very well.”

Tendulkar, whose wife Anjali, too, was present at the Oval ground, also spoke of his conversation with the royal couple and his and William’s passion for tennis. 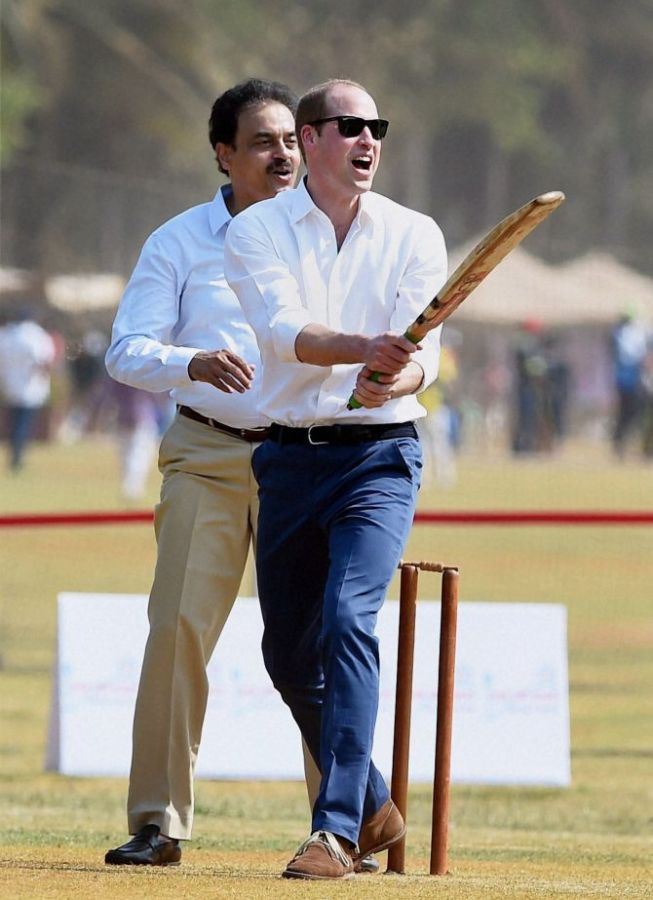 “It was a wonderful experience. I am sure this event will be remembered for a long time,” he said.

At the Oval ground, the royal couple also interacted with representatives and children of three NGOs based in Mumbai -- Magic Bus, Door Step School, and India’s Childline.

“Their royal highnesses were eager to know how we manage such a mammoth operation, handling nine million calls,” Nishit Kumar of Childline said.

“They were very sensitive to the problems faced by children. They did not show cursory interest but were genuinely interested in our work,” he said. IMAGE: You're out! Sachin ends Kate's fun when he bowls her out. Photograph: Danish Siddiqui/Reuters

“The students were seeing a prince and princess in person for the first time,” she said, adding she had told the royal couple that “before they had only read about princes and princesses in fairy tales”.

Prince William and Kate, who also autographed cricket bats for the NGOs, later took an open-top bus tour of Mumbai with children from local charity Apnalya. 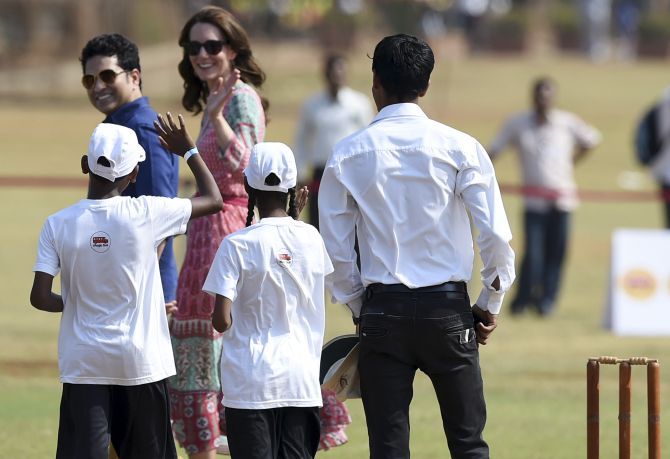 IMAGE: Catherine waves as she walks with former Indian cricketer Sachin Tendulkar  as they meet with Indian children who are beneficiaries of NGOs. Photograph: Indranil Mukherjee/Pool/Reuters 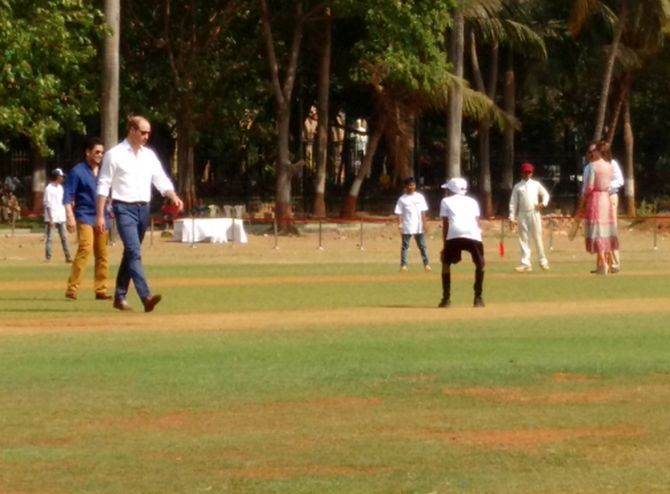 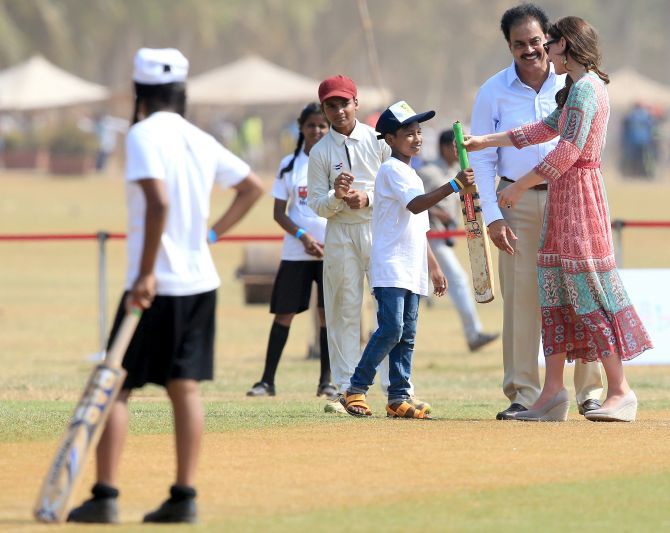