Over 62 per cent voter turnout was recorded on Thursday at the end of third-phase elections, in which 17 assembly seats of Jharkhand went to polls, officials said. 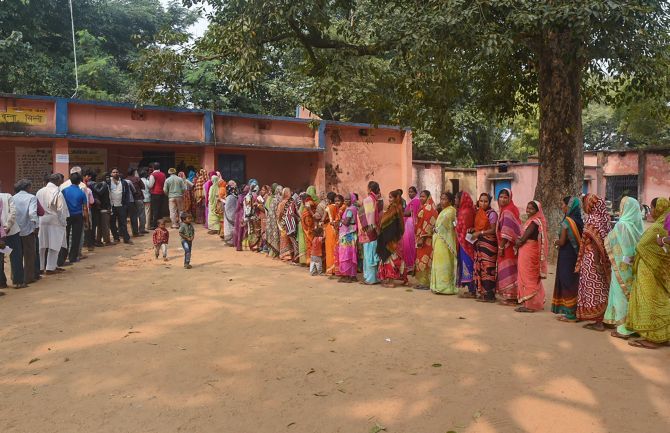 Amid tight security, 62.60 per cent of 56,18,267 voters exercised their franchise in the 17 seats across eight districts, they said.

Police said the polling, which began at 7 am, passed off peacefully.

While polling at Ranchi, Hatia, Kanke, Barkatha and Ramgarh seats ended at 5 pm, voting in rest of the constituencies ended at 3 pm, Election Commission officials said. 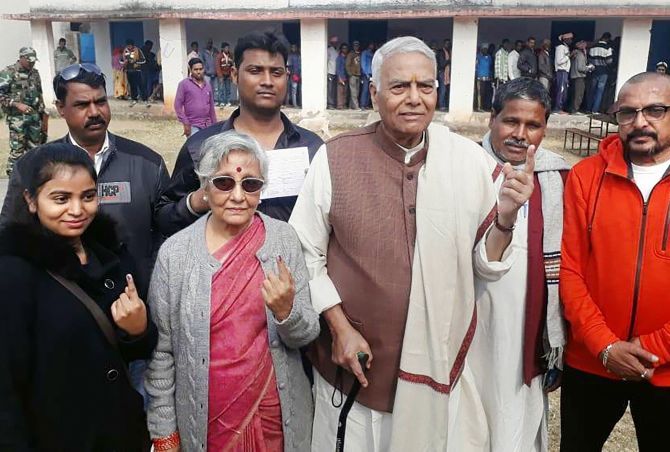 The fate of 309 candidates, including 32 women nominees, was sealed in the EVMs at the polling.

The five-phase assembly elections to the 81-member House began on November 30 and will end on December 20.

Of the 7,016 polling stations set up for the third-phase, 1,008 were identified as 'critical' and 543 'sensitive' in Naxal-affected areas. 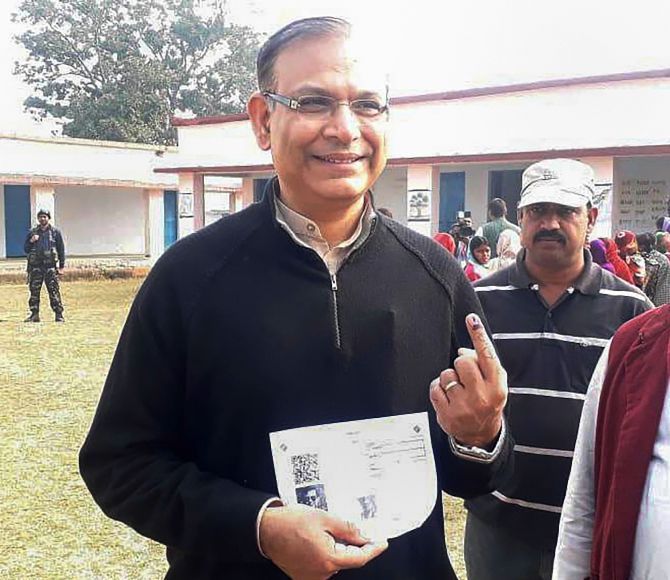 There were 13,504 ballot units, 8,772 controlling units and 9,123 used, with double ballot units set up in nine constituencies where there were sixteen or more candidates in the fray.

A total of 2,014 polling stations had webcasting facilities. 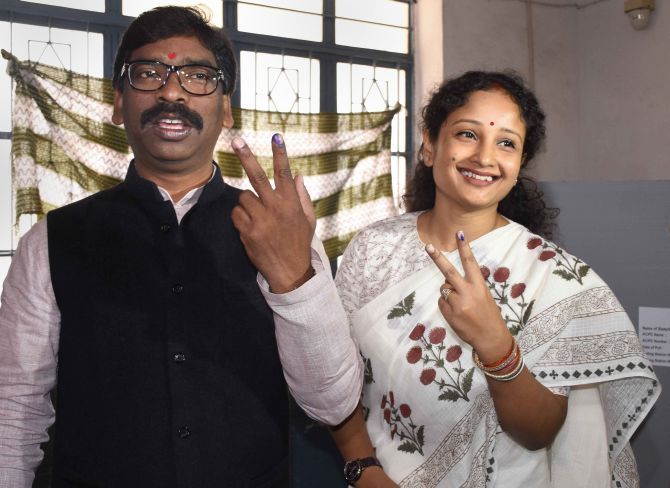 Officials said 329 model polling stations were set up in the state, while women personnel conducted voting at 44 booths. 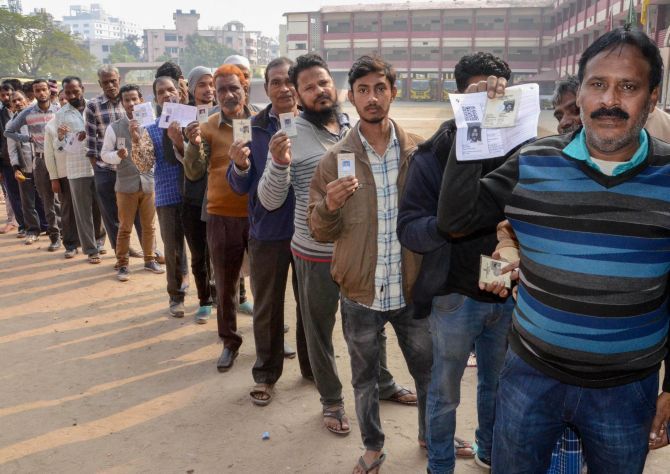 IMAGE: Voters stand in a queue displaying their voting card as they wait to cast their votes in Ranchi. Photograph: PTI Photo

While Marandi, the president of Jharkhand Vikas Morcha (Prajatantrik), contested from Dhanwar seat, Singh and Yadav fought from Ranchi and Koderma constituencies, respectively. 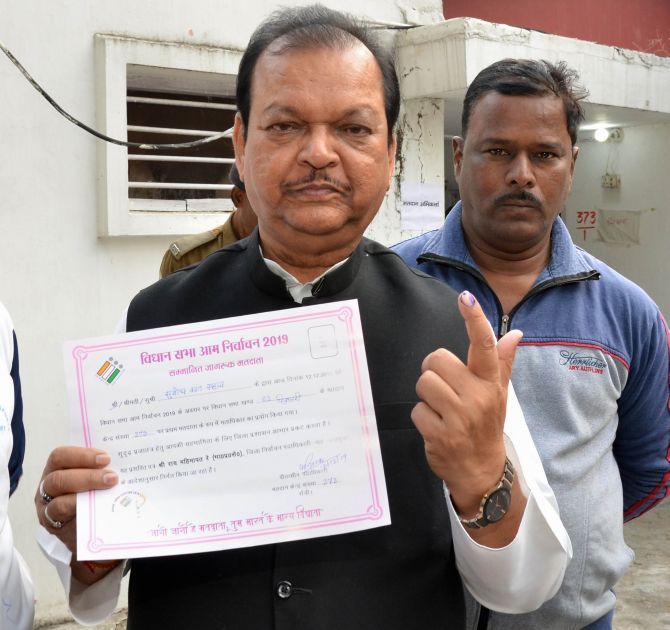 The JMM had re-nominated Seema Mahato from the seat.

The first-phase polling for 13 seats and the second-phase for 20 seats took place on November 30 and December 7, respectively.

Fourth-phase polling for 15 seats is scheduled on December 16 and the last phase for 16 seats will be held on December 20.

Votes will be counted on December 23.