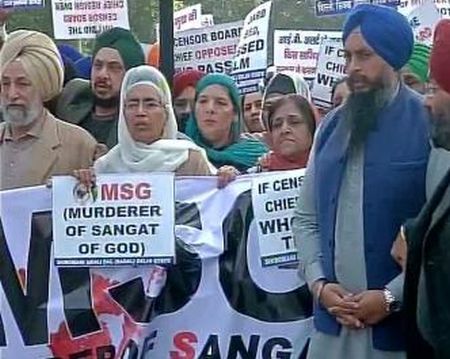 The district officials in Haryana and Punjab have been asked by respective state authorities to take necessary steps to maintain law and order in view of the alleged clearance to the movie, an official spokesman said.

Chandigarh administration has also decided to maintain a close vigil on the situation, he said.

Members of Shiromani Akali Dal (Badal), Haryana Sikh Gurdwara Management Committee and Indian National Lok Dal raised slogans against the movie in front of Galaxy Mall at Ambala and said that they would not allow its screening. 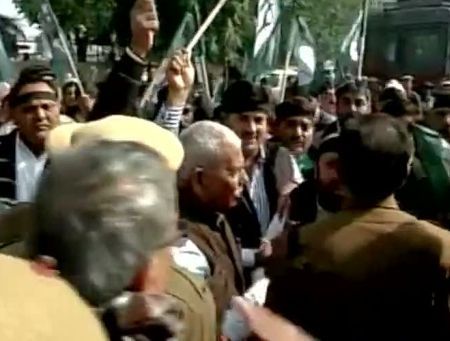 The movie that was expected to hit theatres on Friday had been referred to Film Certification Appellate Tribunal for clearance by the censor board on January 12.

The Dera spokesman said the movie “is against drugs and there is nothing objectionable” in it.

Meanwhile Punjab Film Distributors Association said that they will take a decision on the screening of the movie next week after the revised date of its release is announced. 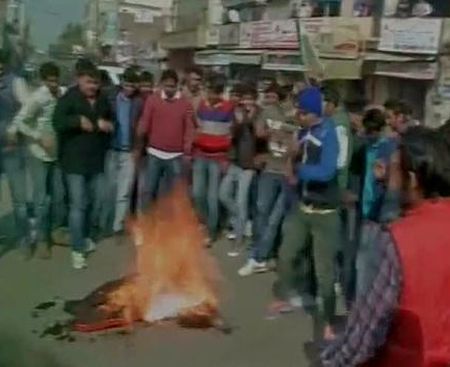 The Sikh groups say that the movie is an insult and should not be shown at all. Photograph: ANI/Twitter

Association spokesman Rajesh Talib said that the association had earlier decided not to distribute the movie which was scheduled to be released on Friday, but got delayed as censor board referred the movie to the FACT.

“Since the film has been cleared by the censor board, the association will discuss the issue and take a decision after the new date of the release of the movie is announced by the production house,” he said.

The film was scheduled to be screened by a national exhibitor chain operating screens at various malls in thecountry, but the spokesman of the group was not available for comments. 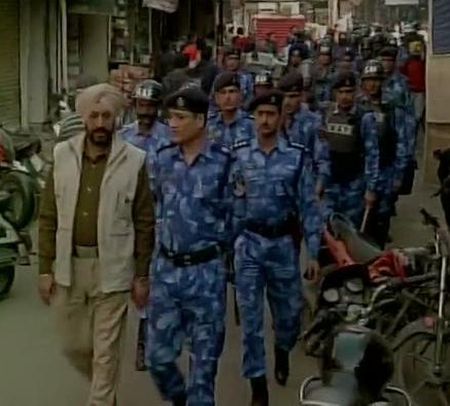 Security has been increased in the areas that witnessed protests. Photograph: ANI/Twitter

According to reports, the Union home ministry has been concerned that the release of the film may evoke protests as certain Sikh organisations have been opposing the movie.

The home ministry had sent an advisory to states stating “various Sikh organisations and individuals are opposing the movie on the grounds that its release would disturb the communal harmony and law and order. They also opine that glorification of DSS chief facing serious criminal cases, should not be allowed”.

The home ministry said tension between Dera Saccha Sauda followers and Sikhs remain a potential flash point in view of the ongoing rivalry between the groups.