At least eight people died when dense fog led to a pile-up on a national highway in Haryana's Jhajjar district on Monday, police said. 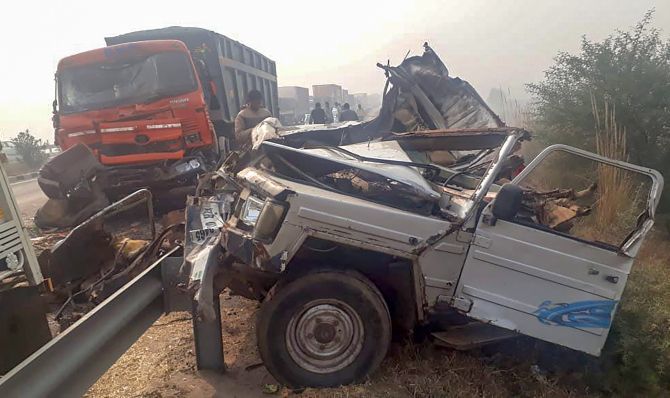 IMAGE: By-passers look at the mangled remains of a car that collided with a truck, in Jhajjar. Photograph: PTI Photo

Around 8-10 vehicles were involved in the crash that occurred due to poor visibility near the Badli flyover on the Rohtak-Rewari highway.

It was difficult to pinpoint which vehicle had hit the other first. An SUV was sandwiched between two trucks, with several vehicles following closely behind, a senior police officer said.

The deceased, aged between 30-60, belonged to Kirodh village of the district. They were among the 10 people who were in the vehicle and were heading for Delhi's Najafgarh area to condole the death of a relative, the inspector said. 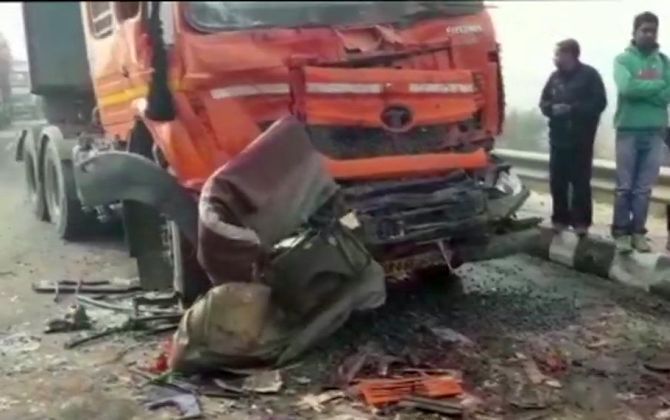 IMAGE: The mangled remains of a truck  on the Rohtak-Rewari highway Photograph: ANI

The injured were admitted to a hospital in Jhajjar town, from where two of them were referred to another hospital in Rohtak, she added.

The district deputy commissioner has constituted a seven-member committee, headed by the sub-divisional magistrate, to find out the exact reason behind the accident. 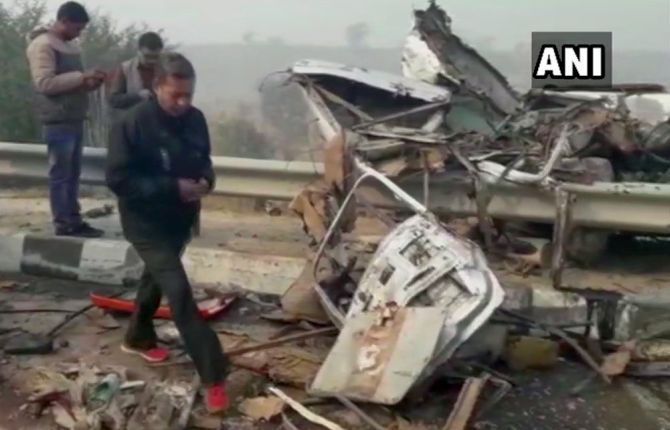 IMAGE: It was difficult to pinpoint which vehicle had hit the other first. Photograph: ANI

"The committee will submit a detailed investigation report within two days, along with solution/suggestion for rectification of the accident-prone spot," an order issued by the deputy commissioner said.

Source: PTI© Copyright 2021 PTI. All rights reserved. Republication or redistribution of PTI content, including by framing or similar means, is expressly prohibited without the prior written consent.
Related News: Jhajjar, Haryana
SHARE THIS STORY
Print this article 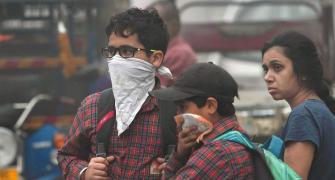 5 simple tips to protect your family from smog 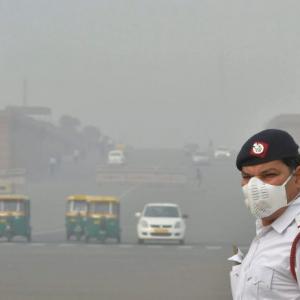 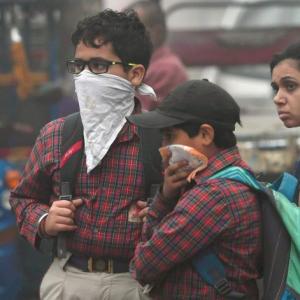