United States President Donald Trump on Thursday celebrated America's Independence Day with an unprecedented display of country's military might at a parade in the national capital.

Trump became the first US President in over 70 years to deliver an Independence Day address which the Opposition Democratic leaders criticised for what they alleged politicisation of the country's declaration of independence from Britain on July 4, 1776.

Joined by First Lady Melania Trump, vice president Mike Pence, his cabinet colleagues and top military leadership, Trump in his address to thousands of people said this was an occasion to salute the US soldiers and generals.

In his 'Salute to America' address, Trump said the same American spirit that emboldened country's founders has kept its people strong throughout its history.

Here are some of glimpses of the event. 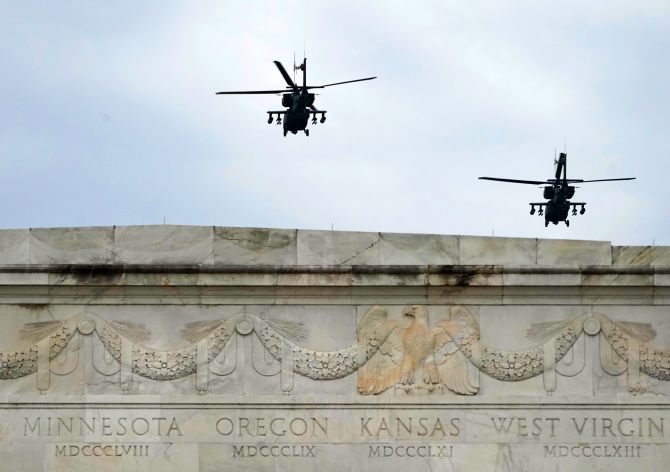 US Army does a flypast at the "Salute to America" event at the Lincoln Memorial during Fourth of July Independence Day celebrations in Washington, DC. Photograph: Joshua Roberts/Reuters 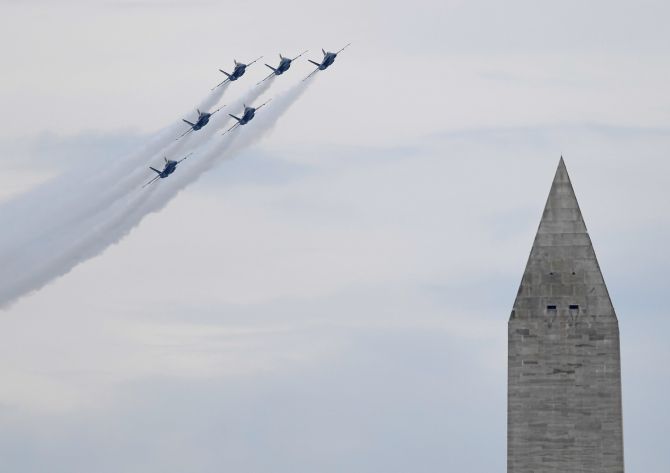 The US Navy Blue Angels fly past the Washington Monument . Photograph: Susan Walsh/Pool/Reuters 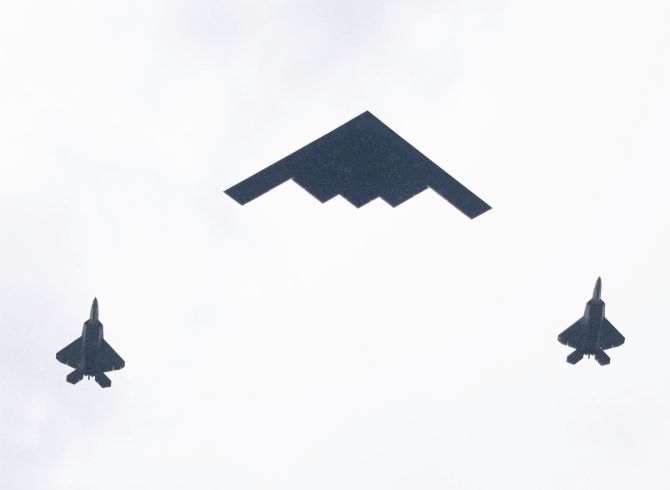 A US Air Force flypast of a B-2 stealth bomber and F-22 Raptor fighters is seen. Photograph: Tom Brenner/Reuters 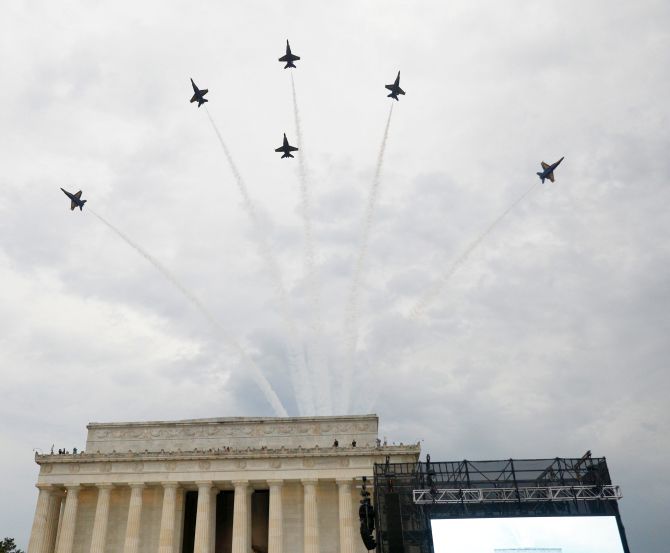 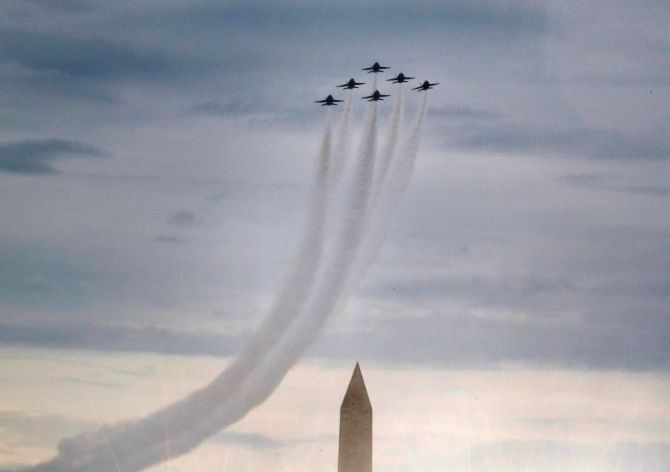 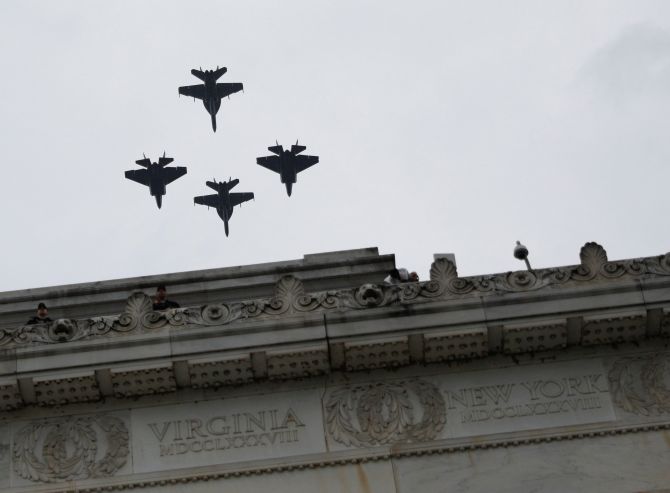 The US Navy does a fly past over the Lincoln Memorial. Photograph: Tom Brenner/Reuters 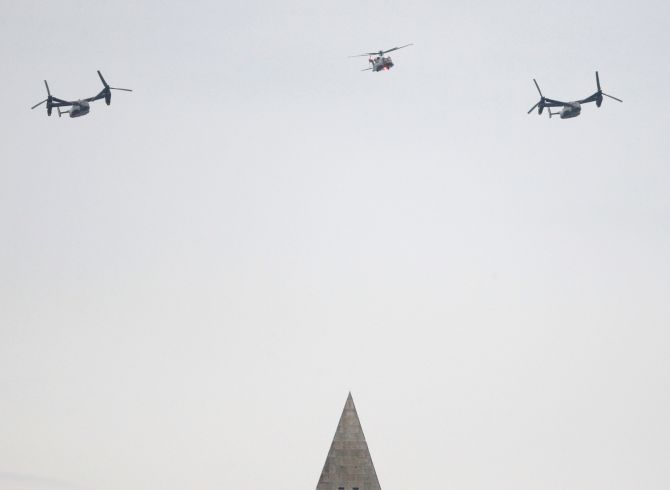 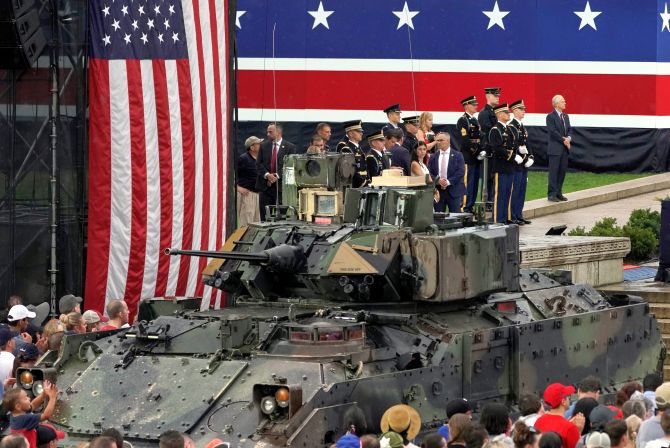 Spectators stand next to a tank at the "Salute to America" event. Photograph: Joshua Roberts/Reuters 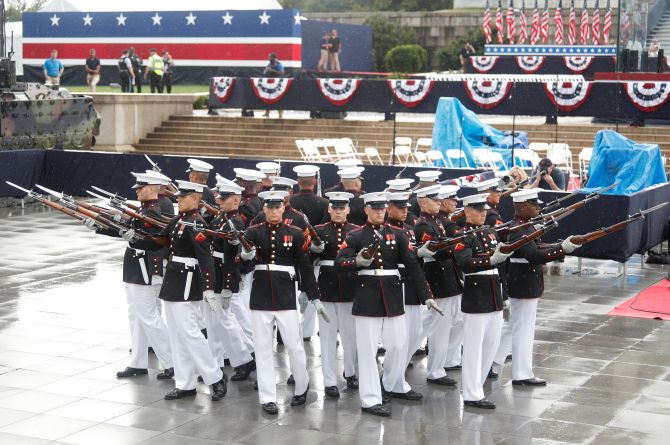 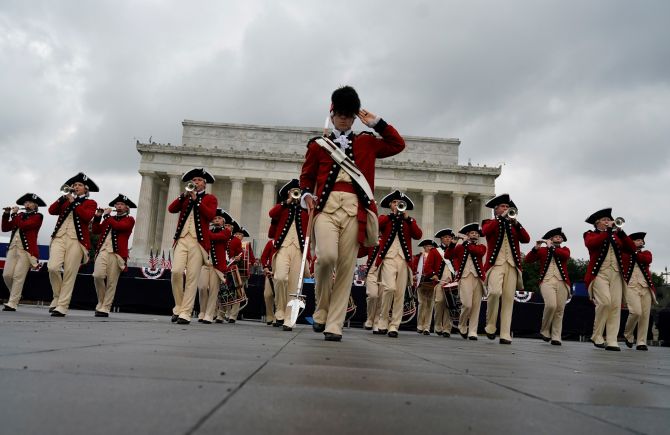 A drum corps performance is held at the Lincoln Memorial. Photograph: Joshua Roberts/Reuters 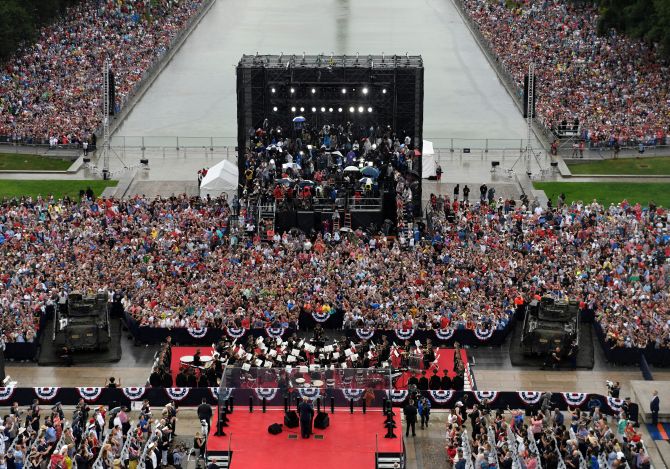 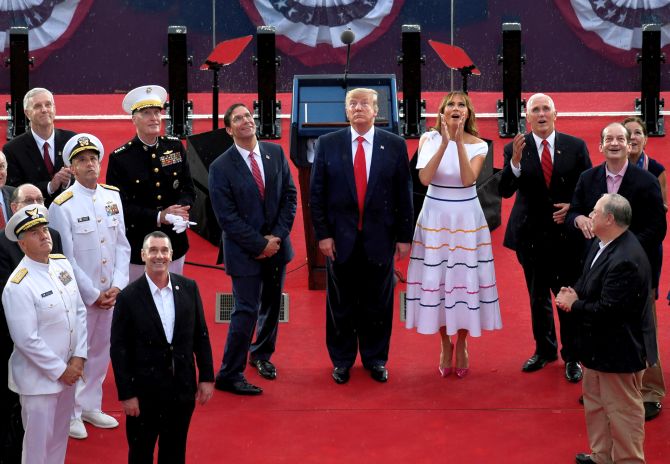 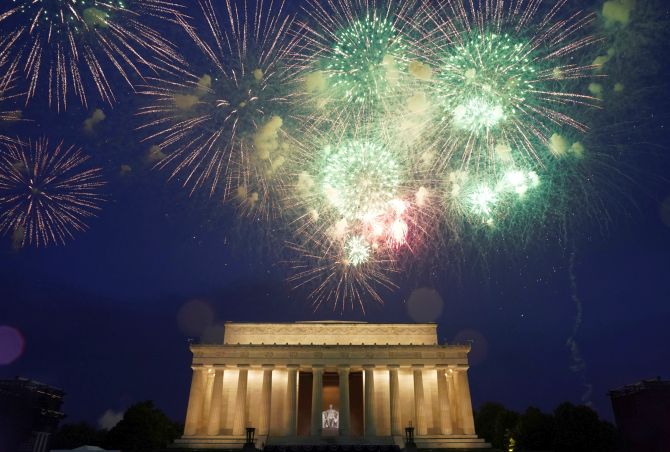 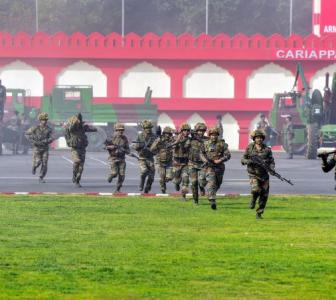 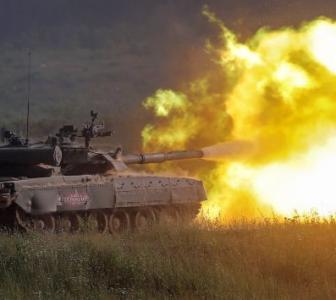 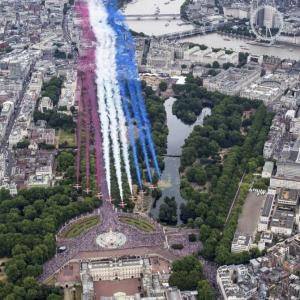 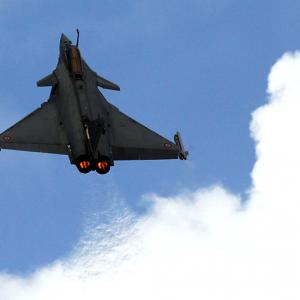