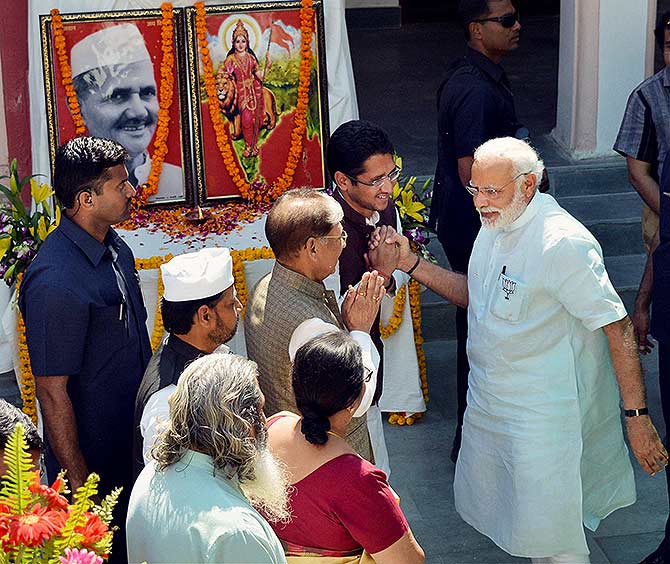 Modi, who has been canvassing for three days in the district which elected him to Lok Sabha, offered prayers and also fed the cows at the ashram's shelter. The visit came on the last day of campaigning in Uttar Pradesh.

The head guru offered his blessings and heaped praise on Modi. Though people expected Modi to make a brief speech but it did not happen and a senior party functionary said it was never planned.

Modi has held a roadshow in Varanasi and attended a number of public events in the city along with several rallies in the region as part of BJP's last push for a good show, particularly in the holy city, in the final phase when polling will be held in 40 seats on March 8. 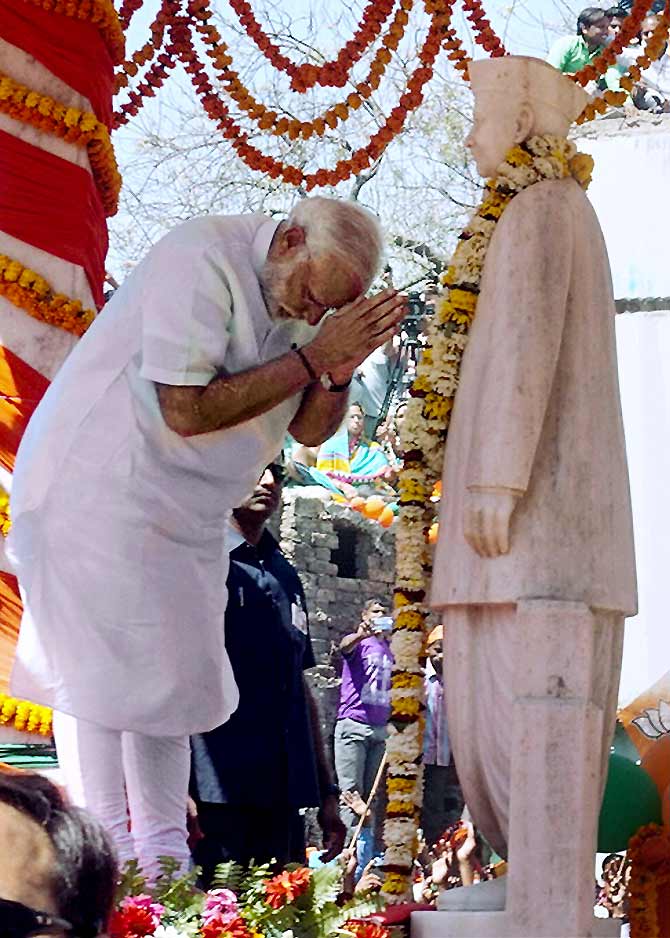 BJP sources believe that Modi's visit and his public felicitation by the ashram will send out "good signals" to voters, especially the OBCs and the Dalits.

The prime minister later drove to Shastri's ancestral home to pay tributes to him.

Modi has often accused the Congress of not giving due respect to leaders who were not from the Nehru-Gandhi family.

Modi's Lok Sabha constituency has five assembly seats three of which are presently held by the saffron party.

BJP is engaged in a keen fight with SP-Congress candidates in all the seats with the BSP also putting up a strong contest in a couple of them.