A pilotless target aircraft called 'Lakshya' crashed in a paddy field in Baliapal block of Balasore district on Friday. 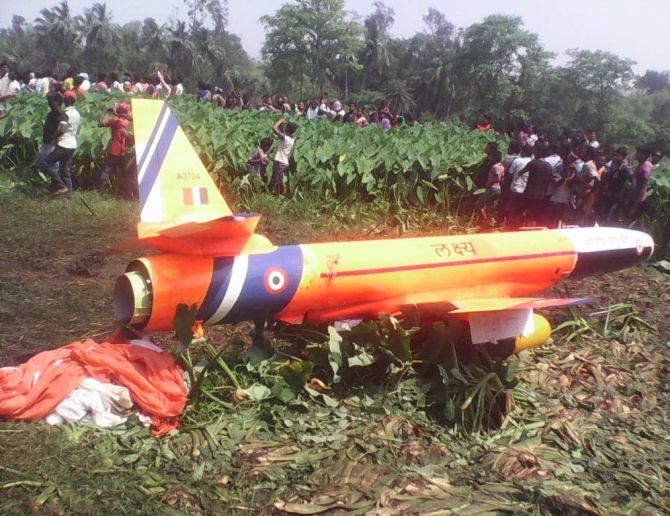 There was no casualty or damage to property, Superintendent of Police Niti Sekhar said.

"It was a routine trial and part of training exercises. It was inert. No issue of concern," a senior DRDO official at Chandipur near Balasore said.

A team from the Kalaikunda airbase in West Bengal would come to the accident site to collect debris and investigate the incident, the DRDO official said. 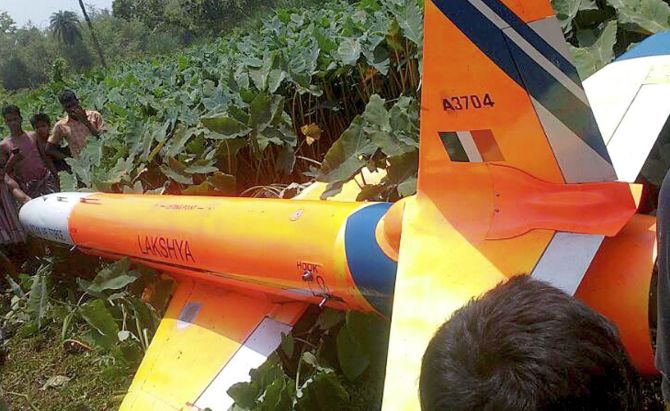 PTA 'Lakshya' is a reusable aerial target system. It is operated with the help of a remote from the ground to provide aerial target for training of pilots of all three services, DRDO officials said.

The PTAs entered service in November 2000 at the Interim Test Range, Chandipur. 'Lakshya' was operational with the Indian Air Force and the Indian Navy by April 2002.

It is powered by a single PTAE-7 turbojet engine designed and manufactured by Hindustan Aeronautics Limited in Bangalore.