United Nations Secretary-General Antonio Guterres has received his first dose of the COVID-19 vaccine and appealed to people to get vaccinated as soon as they can while stressing that nations must ensure the vaccine is available to everyone, everywhere. 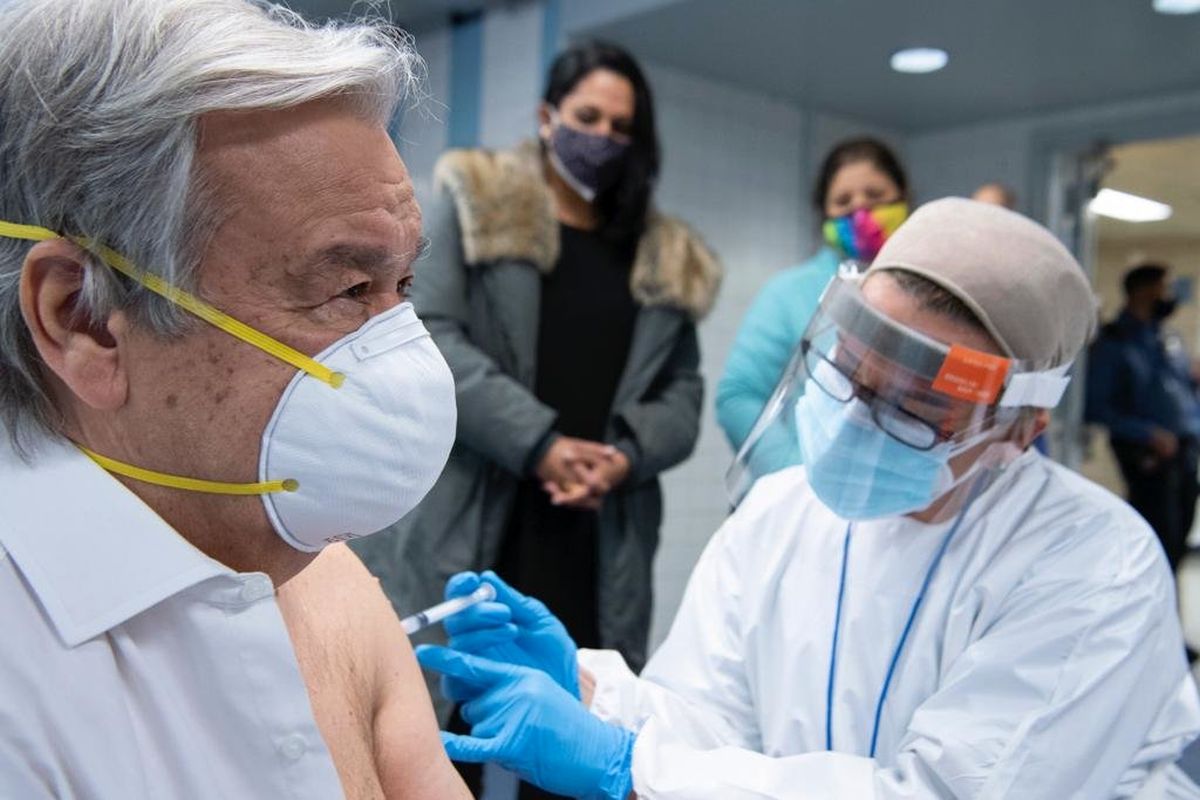 Guterres, 71, received the first dose of the Moderna vaccine at a New York City public school Thursday. Guterres gestured to make a victory sign as he was administered the shot.

“My appeal is for all to take profit of the opportunities that exist and be vaccinated as soon as they can,” he said, adding that it is important for everybody, everywhere to be vaccinated.

In a tweet, he said, “I was fortunate and grateful to get the first dose of my #COVID19 vaccine today. We must get to work to make sure the vaccine is available to everyone, everywhere. With this pandemic, none of us is safe until all of us are safe.”

The NYC Mayor's Office for International Affairs said in a tweet that as a New Yorker who is over 65 years of age, the UN Secretary-General received his COVID-19 vaccine.

He secured his appointment online and received the vaccine at the Adlai Stevenson High School in The Bronx, named after the 5th US Ambassador to the UN and who in 1945 had served on the committee that created the United Nations.

New York residents over the age of 65 are included in the current phase of vaccinations in the city, which also include school workers, first responders, public transit workers and grocery workers.

In December last year, Guterres had said he intended to take the COVID-19 vaccine when it became available and that he would do so “publicly”.

“Of course, I intend to receive the vaccine when it becomes available for me in whatever the situation that will be justified for that. And, obviously, I will have no doubt in doing it publicly,” Guterres had said.

He had encouraged everybody who got access to the vaccine to be vaccinated, saying it was a service not only to ourselves but to the whole community because there is no longer a risk of spreading the disease.

"Vaccination is for me a moral obligation in relation to all of us,” he had said. 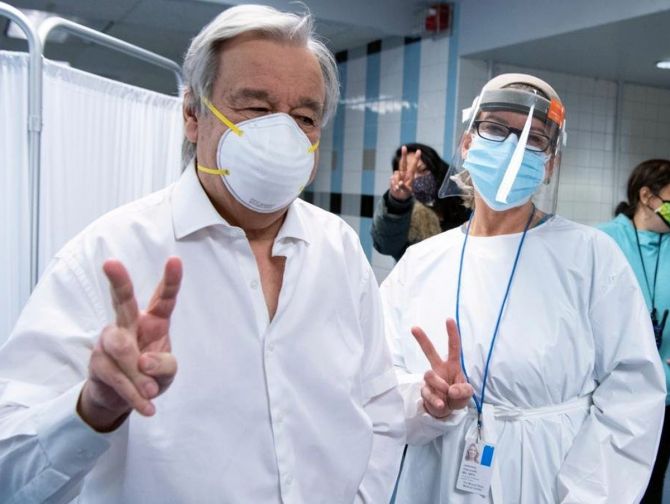 Guterres had outlined his 10 priorities for 2021 in an address to the UN General Assembly earlier in the day.

These priorities also include response to COVID-19.

During a press briefing in the day, he said among the challenges the world faces is the distribution of vaccines for COVID-19.

Guterres termed “vaccine nationalism” as an economic as well as moral failure.

“While every country has the right – and the duty – to protect its own people, no country can afford to neglect the rest of the world,” he said, adding that nations must close the funding gap; ramp-up vaccine production by making licenses widely available and sharing technology; and get doses into the arms of all who need them.

“We need a global vaccination campaign to deal with a global pandemic,” he said.

Photographs: @antonioguterres/Twitter
Yoshita Singh
© Copyright 2021 PTI. All rights reserved. Republication or redistribution of PTI content, including by framing or similar means, is expressly prohibited without the prior written consent.